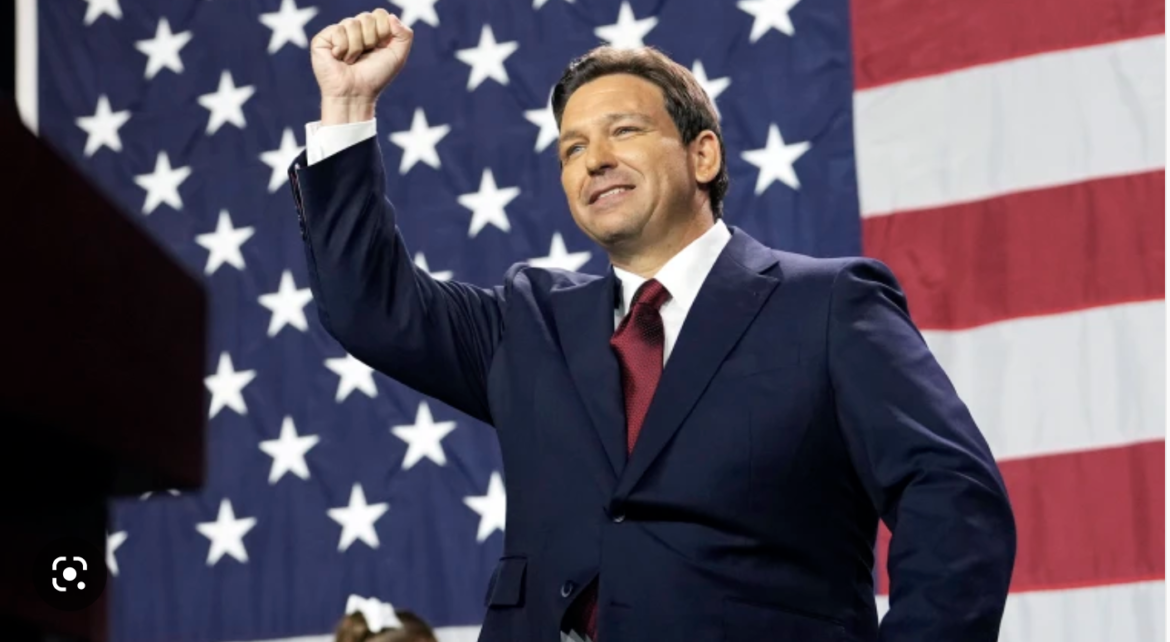 Neither party is happy today–and few other takeaways

It looks like Republicans will gain control of the House of Representatives, but not nearly by the margins we had hoped. Democrats will not be happy because they lost the House and they won’t be able to continue their sham hearings on whatever they chose.

In the Senate it’s looking like we won’t know who is in control until after the Georgia runoff on December 6th.

The biggest loser is Donald Trump. His endorsements and rallies in PA, GA, AZ, and NH hurt Republicans. Trump was an excellent President but his time has passed. He needs to quietly fade into the background. Governors like Ron DeSantis and Glenn Youngkin are our future.

Governor Ron DeSantis was a BIG winner, even in some formerly democrat counties. He’ll be an excellent candidate for President in 2024. He’s got it all.

It’s disappointing that Jennifer Wexton (D-VA10) and Abigail Spanberger (D-VA7) won. They’ve never done anything in the House other than support Pelosi and Biden. (Has Spanberger moved into the district yet?)

Neither party is happy today–and few other takeaways was last modified: November 9th, 2022 by Jeanine Martin

Where is that fool, Michael Crognale, the carpetbagger who says he moved to VA 7 for Yesli Vega.
How’s that working for you? Did you find another mobile home or tow yours here from Colorado?

Thanks for this, Jeanine: “The biggest loser is Donald Trump. His endorsements and rallies in PA, GA, AZ, and NH hurt Republicans. Trump was an excellent President but his time has passed. He needs to quietly fade into the background.”

Leaders are at the front of the train not trying to jump on board after it’s left the station. Rational people could see that Trump was dragging down the Party. Around here?, nooooo. Two weeks ago you wanted him on Mt Rushmore. Try for once having a little foresight and looking through the windshield. Going to be interesting to watch the mental gymnastics when he runs, and loses, to the R nominee. Then he decides he’s not a R (like he wasn’t for what, the his first 50 or so years?) and runs independent just to spike the election. And for the record Joker, before you make another stupid assumption, (you find your DD-214 yet) I don’t have a problem w Trump’s record or him for that matter. He is what he is but the pretzel bending around here to portray a person as something they are not is what I’m referencing. Next up, Youngkin as Presidential material?, lol. The real world beckons and believe it or not, there’s more than just Va out here.

Spot on, Jeanine! Youngkin is not a presidential contender just yet — but he should be our No. 1 choice to run for US Senate either in 2024 or 2026. I was a day one Trump backer in 2015, and worked very hard for him in the 2016 and 2020 elections, but his time has passed. We have to embrace his ideas and agenda, but let go of him. The GOP is bigger than one man. . I let go of him when the electoral college voted in December 2020, and wish more had or else we may have taken teh Senate in the Georgia runoffs and Jan .6 would not have happened. Please read this excellent WSJ editorial https://www.wsj.com/articles/donald-trump-is-the-gops-biggest-loser-midterm-elections-senate-house-congress-republicans-11668034869?mod=article_inline

Youngkin the future? He only won becasue of MacAwful stupidly being honest about his disdain for parents.
And while I like how Youngkin has governed so far, instead of campaigning across the country maybe he should have barnstormed VA to get more candidates elected who will help move his agenda?

1) How can anyone call any president “excellent” who could not even win re-election? Why does an “excellent president” try to overthrow Democracy to stay in office? Are you implying that the standard of “excellence” is now a sliding scale based on how corrupt they are? If so, could Joe maybe be even more “excellent” than Trump? Is that even possible?

2) Isn’t saying that the Democrats have “perfected cheating” by Republicans who have zero proof, also saying they are smarter than you are? If not so, then why can’t they figure out how they are cheating and prove it?

3) So, despite having the 7th district redrawn, what, 3 times in 7-8 years, and you implying Spanberger may not even live in the district, plus Republicans throwing everything they have at her 3 times now, plus inflation, $5 gas, another wac job president, the stench of Pelosi, Spanberger still wins. Oh, you must be implying that she is cheating? 😂

Until the 56,000 people caught committing fraud in 2020 by truethevote.org are charged and convicted no election can be trusted!

Ignoring the exposed ugly truth doesn’t fix a tainted election it only emboldens the cheats!

So says someone who hasn’t actually visited truethevote.org or seen the documentary based on their research!

But you keep covering the truth up! Do you really think that 73% of people who think the country is heading the wrong way were stupid enough to vote democrat?

I dare you to see 2000mules.com and you will realize the truth of why the democrats were not blown out!!

“I dare you to see 2000mules.com and you will realize the truth of why the democrats were not blown out!!”

Widely, almost universally, debunked. Dinesh is an outrageous liar………..and you drink his water.

People lie, video and ping data does not! January 6th perps were arrested on the same level of data!

You have not seen it but you say it is a lie, I have seen it and work in technology and I say the data does not lie!

So who’s the real liar here and carrying water for the New World Order by avoiding the truth! Remember that when your RHINO picked candidate is running in Virginia! I won’t be voting for them because the REPUBLICAN PARTY HELPED THE DEMOCRAT PARTY HIDE THE TRUTH!

And since none have, the evidence of living under tyranny is a correct observation.
Calling government servants / employees “officials” is part if the tyrannical lexicon.
So is renaming discourse or debate as “dissent” as it is reminiscent of Lenin.

I remember the GS rating which was changed to the GM rating. To me, GS stood for government service while GM (government management) clearly changed the relationship between the government and the citizenry. Many. Folks were concerned about this at the time. Now we are here where the government bureaucrats treat citizens as a stupid annoyance to be controlled.

You are spot on IMHO regarding DeSantis being the most viable presidential candidate for 2024. Youngkin is a good guy and astute businessman, but is not yet politically seasoned. Let’s see what he does a Governor of Virginia and if he can win another term to that office. Trump hurt candidates – except in Arkansas. He is too divisive – we need a candidate such as DeSantis who does not have the Trump baggage, and who we can get behind.

Youngkin’s job was to throw Americans onto the unemployment lines and ship jobs overseas.

I view Tuesday as proof that America is coming to an end. My evidence is wins by AOC, Horchul, Fetterman ad nauseam.

Biden’s steal did it for me. It has ended. The death rattle is all we are witnessing.

The root of that problem is the censorship by the GOP media to cover up the fraud in 2020. 2000mules.com is a documentry that proves fraud in 2020 and Fox, Newsmax, Hannity, Limbaush’s replacements all shutdown any coverage and now spend their time lying about why things happened in 2022 the way they did as though fraud did not happen!

Blue steal cancels red wave. If anything, this confirms that vote fraud has been perfected by the democrats. 2020, Brazil and now this are compelling.

Blue steal cancels red wave. If anything, this confirms that vote fraud has been perfected by the democrats.

yeah, I am sure the system is absolutely corrupt here in King George and in Fredericksburg and in Caroline and Westmoreland ~eyeroll~

Jeanine, RE ” The biggest loser is Donald Trump. His endorsements and rallies in PA, GA, AZ, and NH hurt Republicans. Trump was an excellent President but his time has passed. He needs to quietly fade into the background. Governors like Ron DeSantis and Glenn Youngkin are our future.”

No they did not. The repeal of Roe hurt Republicans in Arizona, PA and NH… those states have lots of old boomer women and former Californians in the case of AR. As for GA… Fulton County voted for one of their own Democrat machine politicians.. Boomer women care about Roe more than you can imagine. It was their issue.

The crazy thing, joker, abortion is readily available through pills in the mail or at a planned parenthood facility. This idea that abortion was banned is a talking point not a reality. Not only that but there are many people who will adopt. The only individual to whom this is an issue is an uninformed leftist. Oh, my Jody, my choice. Gee, I wish that were the case but the draft still exists and now includes women. Futher, we have something called the rule of law which definitely constrains one’s body.

There has been talk of prosecuting those who go out of state or order the meds thru the mail………..so FU

Stat’s rights. So move if you don’t like it. It is not a federal issue.

“Stat’s rights. So move if you don’t like it. It is not a federal issue.” Seems like you agree with what I said.

Rowe was the cover story to explain why the red wave did not happen, 2000mules.com exposed fraud in 2020 on a massive scale and was not covered by the GOP press. That organization did not sit at home and watch TV! Until it is tracked down and the perps are arrested the GOP will not win another election for president!