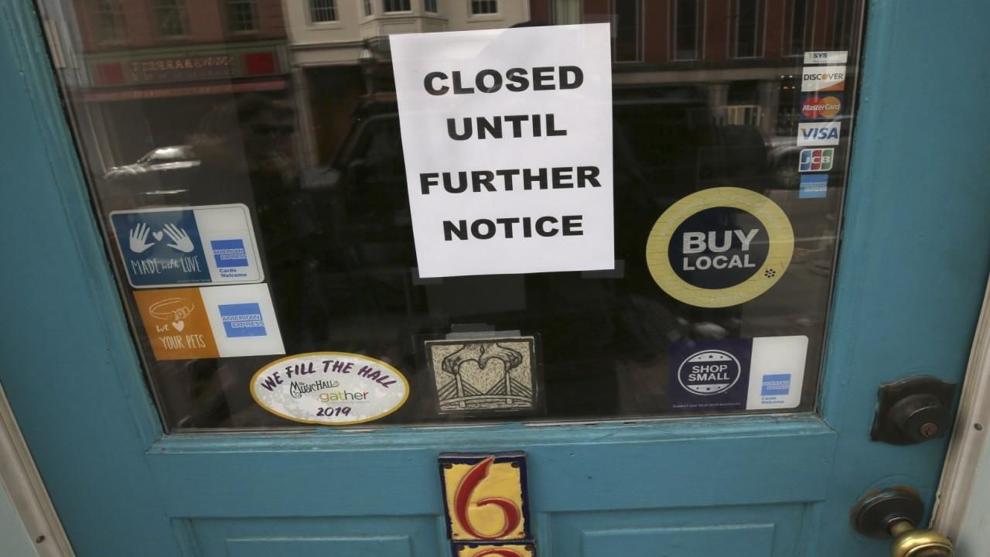 Lies are the greatest murder. They kill the truth.  â€”Socrates

The COVID-19 crisis â€“ deliberately air freighted worldwide by the Chinese Communist Party, who evidently will never be held to account – has been one of modern history’s most shocking and vile stories. Wicked is the only word that comes close to describing it.

After nearly two years of rabid, irrational, anti-science, anti-life governmental overreach – and the unprecedented financial looting of the economy sanctioned by the same governments â€“ there is little question that the mindless reaction to the crisis was as dreadful as the virus. Then some.

Free people can never allow this to happen again.

The evidence is overwhelming. And heartbreaking. Over five million dead worldwide and nearly 800,000 in the US are human testimony to that fact. (The worldwide tally is undoubtedly far higher. While in the US, at least, COVID deaths are unquestionably overstated, the Chinese Communist Party only reports 5,700 dead! It is probably over a million, according to sources inside China. Recently, others have suggested that the massive drop in registered cell phones and land-line phones (here) indicates many millions more died.)

But the toll of human life is not confined to the virus, designed and presumably escaping from the Wuhan Institute for Virology. Others died for want of ongoing health care, while suicides and drug overdoses soared (here). And nearly 200,000 in the US alone were callously allowed to die alone in nursing facilities or long-term facilities, along with staff (here). Many were lonely, terrified, and unable to say goodbye to their loved ones, proving the irrational have no soul, either.

In addition, millions lost their jobs when small businesses were forced to close, only to see a handful of international box stores and Amazon (here) climb to new record sales and profits with limited competition. Over 600,000 small businesses have never reopened, and hundreds of thousands of sole proprietors without employees closed. Many small business people lost everything they owned or a life’s work.

Tied to this is the closure of schools and the loss of learning for millions of children. The evidence is trickling in, but we’ve destroyed the educational building blocks for millions of kids for no medical reason whatsoever.

Yet the greatest tragedy, as I wrote in September in my two-part article, “COVID Reexamined” (here) and (here), is that the medical and scientific institutions and their governmental facilitators, the CDC and FDC, have frittered away the public trust. Political power and the lure of incredible wealth thoroughly corrupted them.

The lies have broken the bonds of trust.

Collectively led by the head grifter and mountebank, Dr. Anthony Fauci, the Director of the National Institute of Allergy and Infectious Diseases, the deliberate misdirection, self-serving lies, and the contradictions have been non-stop from the start of the pandemic. And they continue, with much more to come.

But this crisis has never been about the virus. It’s always been about aggregating uncontested government power, exclusive political control – and diminishing the pesky Bill of Rights to bureaucratic subservience. It’s about fundamentally realigning the rights of free people and releasing the government to its basest totalitarian instincts. It’s about good and evil. Right and wrong.

We know this because of the actions of governments worldwide, especially in the US and Europe, and how they deliberately disregarded human life and facilitated, perhaps, millions of unnecessary deaths.

If your car is making horrible noises under the hood, no one would expect you to wait until the car dies to get it to the service shop. Yet, that’s what doctors, hospitals, and institutional organizations are essentially doing by denying potential treatment for early intervention against COVID. When did healthcare institutions decide that intervention was warranted only when a person was at death’s door? Except for COVID-19, never.

What our national medical establishment has done is unforgivable.

First, they stopped â€“ prohibited – the use of hydroxychloroquine, a sixty-year-old generic drug with a long history of safe use. Next was Ivermectin, which won the inventor a Nobel Prize for Medicine in 2015. It, too, has proven safe with billions of doses given to humans worldwide. And the medical establishment have tried to downplay monoclonal antibody therapies (Regeneron) until recently when the evidence of the success of that treatment was too overwhelming to ignore. There is no question that these therapies have early intervention efficacy for many people.

How many millions of people have needlessly suffered or died?

But denying early intervention isn’t the only damage. Masks offer little to no safety. It is worth noting, again, that Dr. Fauci said on March 8, 2020, “there’s no reason to be walking around with a mask.” He merely reflected the large body of existing scientific evidence produced over fifty years. Yet by April 3, he flipped like a pancake on a skillet and even suggested wearing two masks! Yet the evidence is obvious nearly two years on â€“ masks didn’t work did they?

Masks are now merely used as a dehumanizing device to spread fear.

Worse, there is strong evidence that paper fiber and cloth masks short of an N-95 grade are more dangerous than effective (here). Masks for young children carry an exceptionally high risk of carbon dioxide buildup, according to the CDC, well past OSHA’s allowable maximum.

Like blocking early treatment therapies, a great deal of early information about COVID was, and is, ignored. Studies from Europe, Asia, and Israel demonstrate that people who have had COVID-19 and recovered have stronger natural immunity than recipients of the mRNA vaccines (here). (This tracks with other viruses we deal with.) While vaccine protection efficacy drops off nearly 50% after four to six months, natural immunity is still robust. And now, more infections occur in double-vaccine recipients than unvaccinated as the mRNA vaccines wane.

Charitably, one can state the vaccines have not lived up to their promotional hype.

They neither prevent infection â€“ nor do they protect against transmission. And the shots have serious side effects, including deaths, for some, according to the CDC’s statistics. (After receiving the vaccines, there has been an alarming spike in young people with heart inflammation issues.) Now, the medical community explains that “at least the virus will be less severe with the vaccine.” As usual, the evidence is not that clear.

Saying this does not make one an “anti-vaxer.” It’s simply stating the obvious facts. In addition to serious side effects, the long-term effects of the mRNA remain unknown since its release without clinical trials. We just don’t know.

Yet, even with this pedigree, the medical industry led by Dr. Fauci and the current government in Washington is headed toward “mandating” the vaccine. Forcing a vaccine mandate for a virus where the death rate is well under one-half of one percent is madness. People losing their jobs â€“ including in the military, again, has nothing to do with the COVID virus and everything to do with raw power.

Finally, lockdowns have exposed the ugly truth that the “Wuhan express” was the wannabe tyrant’s dream come true. Quarantining the sick and the vulnerable in a society is one thing. Broad community lookdowns have never occurred before this virus, where healthy people are locked down, and most businesses close down.

It can never happen again.

There have already been numerous studies demonstrating that lockdowns had no or little effect on the pandemic’s spread, and new studies are coming out. Dr. Colleen Huber, NMD, offers some preview information, calling lockdowns an “experiment failed (here).”

The entire industry of “computer modeling,” for “mitigations strategies,” and “lockdowns” â€“ and projecting death rates with and without mitigations, was pulled out of thin air â€“ not science. (My second article, “Wuhan Reexamined,” for a brief (here) description.)

And yet, nearly two years later, there are governments still talking about shutdowns – even though they, like masks, obviously haven’t worked! It can only mean that the governments are concerned more about obedience to their totalitarian instincts for power than the wellbeing of their citizens.

The medical and scientific institutions told us repeatedly that if we followed their “proven public health measures,” we could beat this virus. But like all viruses â€“ colds, influenza’s, and all others – there is no “beating” it. There are no zero infections – no zero deaths. We can only be grateful that over 99.5% of those infected with COVID-19 recover.

That was always the case. Like every epidemic before us, we must shelter the vulnerable, care for the sick, and those of us who are healthy must carry on with life until the virus runs its course. There are no other options.

This COVID pandemic has always seemed more like a dry run test for building a world that won’t look anything like our world now. Is that what people want?

Is personal, God-given freedom worth defending?

It may take millions of citizens worldwide, filling the streets, demanding sanity, and insisting on honesty. Or thousand showing up at public meetings and other venues demanding a return to rational government actions based on fact, not conjecture. Perhaps it will require even more than that. But free people must make a clear stand. No more. Never again. We won’t be enslaved to “scientific processes” and medical mandates which are, in reality, nothing more than political processes.

Vaccine deaths beginning to mount up. Now it is stillborn babies as well as professional athletes. And this is just the beginning.

Eric the Troll and John Mudbrain wonâ€™t like you.

It isn’t that I don’t like him……..it is just that he is nuts

Allow me to quote you. GFY.

The above numbers are far more important than “claims.” E.g., Claims would be zero if everyone was already on the dole. Wake up, wokester.

I am glad you think they are important. (Btw, we are just a few tenths of a % over the pre-Covid figures…. and, yes, Brandon get the credit for righting the ship).

1) Unemployment doesnâ€™t count those who have dropped out of the workforce. So the percentage of those unemployed is only a percentage of those still actively looking for a job.
2). The number of people employed under President Trump broke all records in all categories.

If they have dropped out of the workforce, they are not actively looking for a jobâ€¦ they are retired baby boomers (aka, socialists).

The pandemic is essentially over, but we are experiencing an epidemic of the vaccinated. The vaccine’s toxic spike proteins are wreaking havoc on one’s vascular system.
Vax mandates in Leesburg and Loudoun County are past their purported usefulness and should be rescinded.

My prediction: within the next few months, the horrors of the vaccines will become fully apparent and the political left will start finger pointing and running for cover. However, regardless of all the â€œwe didnâ€™t knowsâ€, they must pay a steep price for the millions of deaths they have created.

Jobless claims PLUMMETED to the LOWEST level in 52 years, with the weekly total at just 184,000.

Ever hear of Christmas shopping?

Best Christmas in 52 years! Woohoo!!.. BTW, accounting for population increases, this is the lowest jobless claims figure in our history. Brandon is kicking ash!!