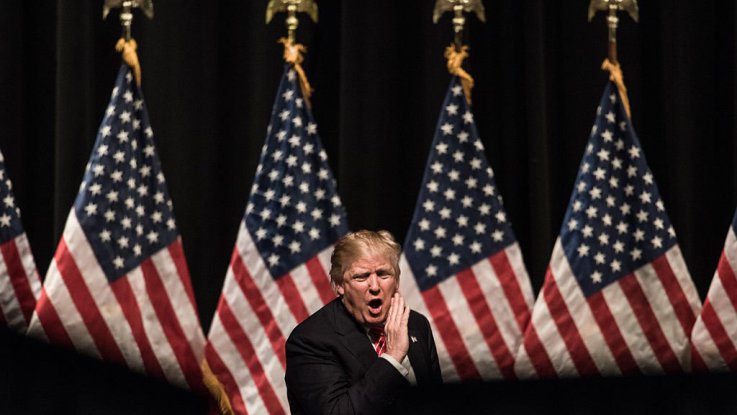 While I have nothing but respect for many of the conservatives in the #NeverTrump movement – and while I completely understand their strong opposition to Donald Trump’s nomination – the #NeverTrump movement threatens to destroy the Republican Party for generations to come. Work underway to unbind delegates at the Republican National Convention in Cleveland continues to move forward with a great deal of enthusiastic optimism. Advocates of this strategy are extremely short-sighted and are unconsciously laying the groundwork for the outright ruination of the Republican Party.

Despite these truths, the vast majority of Americans have been taught that the United States is a Democracy and that their votes who represents them from the Oval Office. Republicans, Democrats, and Independents who voted for Donald Trump in caucuses and primaries across the United States will never (and I mean never) vote Republican again if delegates in Cleveland “steal” or “deny” Trump the nomination. The average voter will no longer feel as though there is any incentive to participate in Republican Party elections. Unlike Democrats, who have participated in show votes for years, choosing instead to allow their establishment to select their nominees, Republicans actually want their votes to count.

If you think the hatred the progressive populists in Virginia feel for Ken Cuccinelli is extreme, just wait and see the level of vitriol and contempt they’ll hold against Senator Ted Cruz if Trump is denied the nomination. Cruz could lose his next reelection for Senate and he would have absolutely no chance at winning a White House bid in 2020. In fact, our attempts at unbinding the delegates have probably already done irreparable damage to Ted Cruz’s political future.

Furious at the lies and deceptions wielded by the Trump campaign against Senator Cruz, many Cruz supporters preceded to burn our political villages to the ground. Folks from the other factions will never forgive us for this. I was as angry as anyone, but I could not justify destroying our future fighting a battle we already lost. I understand principles and I even understand fighting to the bitter end; but what I do not understand is deliberately destroying the Republican Party’s future and undermining thousands of Republican candidates running for local, state, and congressional offices.

Today, the only way to move forward is to let this debacle play out. If Trump loses, we can run a conservative candidate against Hillary in 2020 (though, probably not Cruz at this point, unfortunately). If Trump wins and does a poor job as President, then we can primary him with a conservative in 2020 (this would probably be the best opportunity for Senator Cruz). If Trump wins and does an excellent job, then we really have our work cut out for us as more and more populists will attempt to rise to power on Trumps coattails.

To those representing us on the Rules Committee in Cleveland, I beg you, do not do this. To the delegates representing us in Cleveland, if this comes up for a vote, do not vote to unbind the delegates. The Republican Party is worth preserving and burning the entire thing to the ground out of frustration and spite will be something we will all come to regret in the years to come. Changing the rules and exciting the fury of millions of Republican voters in the eleventh hour would have catastrophic consequences for generations.

Please… reconsider. I agree that Trumps’ nomination is extremely disappointing, but not nearly as disappointing as one hundred years of Democrat Rule. Take warning and proceed with the utmost caution. If you cannot vote for Donald Trump, I understand. That’s fine. Unbinding delegates at the last minute, however – well, the undermines all future elections. If we want to get conservatives elected in the future, we need voters to continue to have faith in the electoral system. Take that away and voters will stay home.