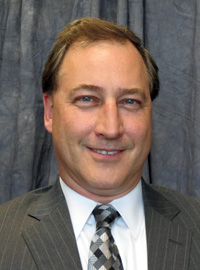 ( Update, Loudoun County Chairman of the Board of Supervisors Scott York addressed this issue late yesterday. His comment is below.)

After a state police investigation in 2012 attorney Leo P. Rogers of James City was charged with domestic assault. [read_more]Story here. He was later found not guilty when his wife, under the advice of her attorney, refused to testify in court about the incident.  Today Mr. Rogers was hired by the Loudoun Board of Supervisors to be the new county attorney for Loudoun.

It appears that Mr.Rogers was a supporter of development in his previous position as county attorney in James City Virginia.  That will please many of our Loudoun Supervisors and our Loudoun developers.

Leo P. Rogers has been selected as the new Loudoun County Attorney. The  Board of Supervisors voted Wednesday to approve Rogers’ appointment, effective November 17, 2014. Rogers replaces John R. (Jack) Roberts, who retired in July after nearly 30 years of service with the Loudoun County government, 25 of them as County Attorney. Assistant County Attorney Ron Brown has served as Interim County Attorney since Roberts’ retirement.
Rogers comes to Loudoun from James City County, where he has been the County Attorney since 2004. He began his service in James City County as Assistant County Attorney in 1990.
“I am pleased to welcome Leo as our new County Attorney,” said  Board of Supervisors Chairman Scott K. York. “He is very well qualified for this appointment and ready to tackle the many complex legal issues that the county faces as we move into the future.”
Rogers says he is looking forward to working in Loudoun. “As the County Attorney in James City County, I have had considerable experience with land use and development issues in one of the Commonwealth’s fastest-growing communities, which I think will serve me well in Loudoun,”  he said.
As County Attorney, Rogers will serve as the chief legal counsel to the Board of Supervisors and county departments and agencies; will be responsible for drafting county ordinances; and defending or bringing actions in which the county or any of its boards, departments or agencies are parties.
Rogers graduated from Rutgers College, where he was a Henry Rutgers Scholar in History, and earned his Juris Doctor degree from the William & Mary Law School.

Absent from a Loudoun County announcement this evening is that Rogers was charged with domestic abuse in 2012, according to the Williamsburg Yorktown Daily. Rogers was acquitted of the charges after his wife, while on the stand during trial, remained silent when asked if the alleged abuse against her took place, according to the Daily.

Board Chairman Scott York (R-At Large) issued a statement tonight specifically addressing the allegations: “The Board of Supervisors has complete confidence in our new county attorney,” York said. “We are aware of the incident in which he was found not guilty of domestic abuse due to lack of evidence, and we would like to point out that his record was expunged, which legally means the case does not exist. We would point out that Mr. Rogers brought this to our attention at the beginning of the selection process in July. This gave us time to fully vet the incident and to confirm the facts around the media reports that have surfaced.”

In his own statement, Rogers said, “As the county attorney in James City County, I have had considerable experience with land use and development issues in one of the Commonwealth’s fastest-growing communities, which I think will serve me well in Loudoun.”

Nothing surprising here. Loudoun Board of Supervisors is very concerned about development and developers.
New County Attorney In Loudoun Previously Charged With Domestic Assault was last modified: August 9th, 2015 by Jeanine Martin

Now Leo Rogers and Middaugh have been personally served with a 75 million dollar RICO suit.

York had to vote in the majority to retain his relevance. So, don’t blame him only. The Dulles Rail boondoggle was really orchestrated by the Buona-LeTourneau-Williams Bloc with Ralph leading the charge to appease his Chamber of Commerce buddies.

Correct. The gang of four loves their Chamber buddies.

In addition to his domestic issues, Mr. Rogers has also given bad advice to his Board of Supervisors client that has lead to James City County not only losing, but also being sanctioned and being forced to pay developer’s legal fees.

This “All Republican” Board continues to surprise me.

They started off by locking us in to paying 4.8% of the systemwide Metro operational costs forever to the corrupt WMATA organization and have gone downhill ever since.

Every Loudoun Republican Board member who voted for the Dulles Rail boondoggle and this forever 4.8% WMATA deal should have an so opponent at our May 2015 LCRC Convention.

I completely agree. Scott York lead the charge on the boondoggle that is metro which is why I could never support him for Chair. I hear some really good folks will be running against him at the Republican convention next year.

I agree with Tom. Anybody can be charged with anything at any time. Whether it sticks is what counts, and he was found not guilty. There’s no need to smear a man with a single, unproven charge.

Reagan’s first Labor Secretary, upon his acquittal: “Where do I go to get my reputation back?!?!”

Looks like Mr.Rogers got his reputation back, and a very good job.

until you come along and blog about a old, resolved topic. Where is the relevance here?

The point is, why was this man hired over a well known, well liked, conservative Mark Taylor?

different question that has no bearing on your post

Leading that he was charged with domestic assault is misleading. Do you know if he committed domestic assault, or was just accused of it? Your objections to his hiring are for another reason.

You are correct. Like many conservatives in Loudoun I supported the property rights candidate.