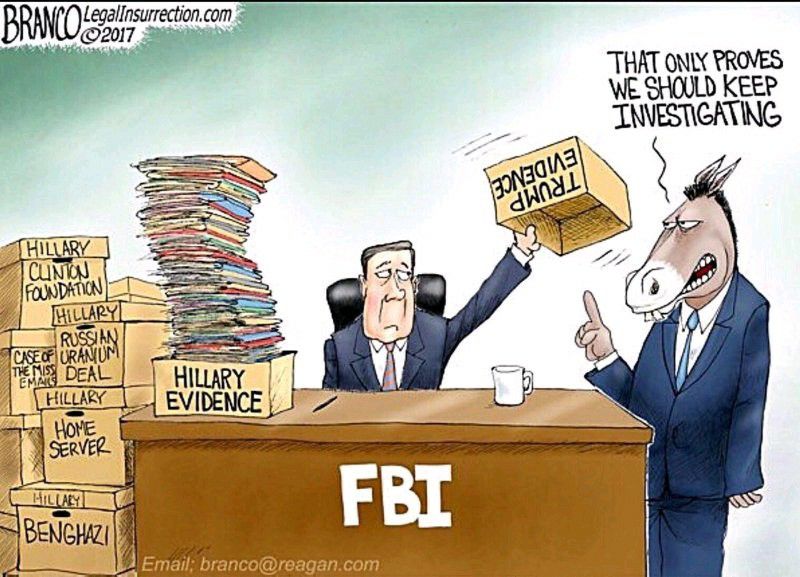 There's got to be something!!!

Democrats have evidently adopted a new strategy for national, state and local elections. It has nothing to do with what their party stands for (besides “free stuff” for all) or what their candidates hope to accomplish, if elected. If a Democrat is running for re-election, they say very little about what he has done in office, while proclaiming how wicked and dangerous their opponent is.

The strategy is refreshingly simple, yet alarmingly corrupt. The Democratic candidate launches a double-barreled attack: (1) on his opponent’s character; and (2) on President Trump as the source of all evils in the country (with special emphasis on the latter). Mr. Trump is characterized as dishonest, cruel, debased, nasty, and potty-mouthed. He is a rounder, a bounder, a scoundrel, a liar, a thief, a megalomaniac, a meanie, and a secret member of the Klan. Besides that, his wife usually wears the wrong shoes and is probably a Russkie spy. Mr. Trump stole the 2016 election by conspiring with Russian agents to corrupt the vote-tallies of nearly 2 million voting-machines across the country. He must be removed from office, if the republic is to survive.

The Democratic candidate is characterized as a lover of children, an honorable public servant, and a sage at the genius level whose morality is as pure as the driven snow. He (we use the male pronoun to include all possible genders) will save the country by ridding us of the despicable Trump. Exactly what else he will do in office is not specified, but it will certainly be all good.

After the Democrat candidate loses the election (because he offered voters no coherent vision for the future), he launches “the Russians stole it” post-election attack. Once again those wily Russkies got in there and adjusted the vote-tallies to favor his opponent. Nothing else can explain the loss. “Infamous powers were at work!” The election must be overturned and a special counsel assigned to the case. Justice must be done. Nothing else is acceptable.

The bottom line is that Democrats will henceforth consider no election result acceptable, and no political situation normal, unless their candidate has won. A Democrat must be in the White House and Democrats must control the Congress and all the levers of power. If this seems overblown, consider what went down during the three years after Mr. Trump’s 2015 announcement of his candidacy. That time-span consisted of three distinct stages:

Stage 1 was the “media cheering stage.” Hillary-fans applauded The Donald’s candidacy, and liberal reporters (is that redundant?) lavished coverage on him because they all thought he would be the ideal foil for their gal, Hillary, if he became the GOP candidate. (Besides, he was colorful news-copy.) Pols and pundits knew Mrs. Clinton was a weak, corrupt, and unattractive candidate, but they believed she would prevail if the choice was between her noble states-woman act and Mr. Trump’s brash, combative style. How could voters possibly choose a rude, crude, big-haired, tough-talking New York street-fighter over a wigged-out New York carpet-bagger who could speak Ebonics and rap with the bruthas? It would be no contest. Pundits agreed that she would win the greatest landslide in American history. She would mop the floor with him.

Stage 2. After Mr. Trump won the Republican nomination, astonished liberals watched his popularity soar. His boisterous rallies overflowed with flag-waving grandmas, soccer-moms and working-class Americans across the country. His beautiful wife, Melania, was a model of grace and dignity throughout the campaign. To cheering throngs Mr. Trump hammered his message of a hopeful future where America would be “great again:” borders would be controlled; taxes lowered; oil and gas exploration unshackled; disadvantageous foreign trade-deals re-negotiated; business re-energized; and Americans put back to work after eight long years of high unemployment, low wages and substandard economic growth.

It was a message that Americans longed to hear. Mr. Trump swept across the country with it, mounting incursions into once reliably blue states while Mrs. Clinton excoriated her opponent’s “homophobia, Islamophobia, xenophobia, hydrophobia,” etc. Sober Democrats – who recalled when their party offered working folks a message of genuine hope for the future – frantically waved the warning flag, but it was ignored. Hillary Clinton’s I’ll-be-queen” act monster-mashed onward, hysterically shrieking “Trump is evil” to dwindling audiences in cavernous halls full of empty seats. Her ship was going down, but only a few crewmen in steerage seemed to know it.

Stage 3 began around 9 PM (EST) on the night of November 8, 2016, when reporters, pundits and politicians suddenly realized that the unthinkable was happening. Donald Trump was going to be the 45th president of the United States. It couldn’t be true. Yet somehow it was. The TV blow-dry set wept tears of dazed disbelief, but the Democrats’ heavy hitters were ready with their post-election offensive: Trump “colluded” with Russian interests to steal the election. The Russkies wanted him to win, they declared, because they thought he would be an easier mark than the combative Hillary. (Mrs. C’s Russian-reset shtick had somehow gone down the memory-hole of inconvenient stories.)

Partisans made determined attempts to tamper with the Electoral College. Calls for impeachment started before Mr. Trump’s inauguration. And a purple gang of reporters, pundits, political hacks, and Obama-holdover civil serpents proceeded to raise so much hell about the “stolen election,” that they spooked President Trump and Attorney General Jeff Sessions into appointing of a special counsel to investigate. Mr. Sessions delicately recused himself from involvement, however, and allowed Deputy AG Rod Rosenstein to appoint former FBI Director Robert Mueller to the post. Mr. Trump should have known that this would turn out badly, but he still didn’t realize how dirty politics really is.

At this writing, Mr. Mueller’s 15 month investigation has uncovered absolutely no evidence to support the original charge of collusion with Russian agents (or anyone else) to steal the election. Instead, the Special Counsel’s team have been busily ensnaring minor figures from the Trump circle with inconsistencies in their testimonies, then charging them with “lying to the FBI” or other offenses which long predate the Trump campaign – possibly in the hope that one of them might implicate the president in a chargeable crime, in exchange for a lenient sentence and deliverance from financial ruin. Mr. Mueller’s indictments so far include:

None of the domestic indictments involves even a hint of Russian “collusion.” Democrat partisans hoped that Michael Cohen would furnish a bombshell to finish off Mr. Trump. But so far the only factoid emerging from that show has been the disclosure that Mr. Cohen paid off some bimbos, with whom Mr. Trump may (or may not) have dallied, to obtain their silence. Reporters have frantically tried to spin this into a “campaign finance violation,” but that’s more impossible dream than viable case. Democrats probably think campaign funds must have been used because it’s what they would do. But Mr. Trump is rich beyond the dreams of avarice, and didn’t need campaign funds for such payments. This may be distasteful, but it’s not a crime.

It is now abundantly clear that the Mueller investigation has degenerated from a search for election-interference by foreign agents – if that was ever its true objective – into a vile partisan jihad to smear Mr. Trump’s presidency, obscure his legitimate achievements, and discourage voters from supporting candidates in the midterm elections who will enact the president’s agenda.

Those who clamored for the investigation probably knew that the Russian collusion claim was bogus, but they needed some “reason” for Mrs. Clinton’s loss. Their longer-term objective was to discredit Mr. Trump, render his presidency ineffectual, and limit him to one term. If something could be discovered that might actually get him impeached and booted out of office – great! Otherwise, they’ll continue to mau-mau Mr. Trump, his family, his inner circle, and anyone else remotely connected to him. It’s the Mother of all Distractions. Partisans hope this post-election campaign will be as effective as the pre-election Daisy Girl ad of 1964. Mr. Trump has been called everything except a pedophile, but it’s still early days.

Stage 3 looks like the new post-election model for every failed Democratic candidate. We’ll see it deployed every time one loses an election – especially an election Dems expected to win. American politics has often been a blood-sport – with some times bloodier than others – but this prolonged, post-election, poor-loser, Russia-did-it, Kabuki-theater act is a new wrinkle – a dark horse, one might say. This is its first time out of the gate, so we don’t know yet if it will be a winner. But Democrats don’t give up easily. Even if it fails they’ll probably beat that dead horse until voters signal that they’ve had enough and want to get serious about how we choose the leaders of our republic, and how we conduct ourselves after we’ve chosen them. 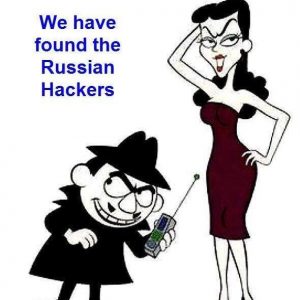 Do something to someone every day…[1]

[1] “Boris Badenov and Natasha” – from Rocky and His Friends, created by Jay Ward and Bill Scott.