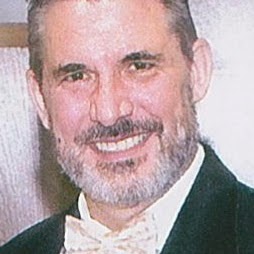 Candidates in the 10th District continue to turn on the afterburners as the April 26 Party Canvass to select a nominee draws near. The latest: another Tea Party endorsement for Bob Marshall.

The Reverend MichaEl Hirsch (yes, the ‘E’ is capitalized purposefully) today released an endorsement of Bob Marshall in his run for Congress. Hirsch is a friend of ours, and happens to be chairman of both the Fredericksburg Tea Party and the Fredericksburg Republican Committee.

Although Rev. Hirsch lives well outside the 10th District, his thoughts on Marshall capture neatly the sentiments of many of Marshall’s supporters, and reveal why Marshall remains a contender for the 10th District nod. Hirsch’s endorsement was sent out via email by the Marshall campaign earlier today, and is reprinted in full below:

It is my honor and pleasure to endorse Delegate Bob Marshall in the upcoming Republican Party Canvass to choose the GOP candidate to replace Congressman Frank Wolf.

In my opinion, Bob Marshall is one of the greatest Constitutional conservatives in Virginia. He has worked tirelessly in the Virginia House of Delegates to promote traditional values that are so important not only to the Commonwealth, but to our nation. He has stood up time and time again for the life of the precious innocent unborn, for the family, and for traditional marriage (alternative wording: for marriage between one man and one woman).

I have seen Delegate Marshall in action. Two years ago, I drove to Richmond and met with him in his office to discuss Virginia’s HB1, a bill that he introduced in the House of Delegates to give rights to unborn children. When the bill went to the state senate, I was proud to testify in favor of it before Senate Education and Health Committee. This bill, which passed in the House but not the Senate, would have given unborn children “personhood” rights. That’s why the pro-abortion lobby worked so hard to try to prevent its passage in the state senate. But Bob has not and will not give up on his battle to protect our precious unborn brothers and sisters. He has been introducing and promoting similar legislation on this issue for many years, and I know he will continue to do so.

Bob scored 100% on the Restore Virginia Coalition Statesmen’s Scorecard regarding the values and principles that relate to Individual, Family, Faith, and Government.

Marshall last week won the 10th District straw poll conducted by the Manassas Tea Party, which we reported here.  Though Marshall enjoys solid support in his home base of Prince William County, and also has significant support among conservatives in Loudoun and elsewhere (witness the Black, Berg, and LaRock endorsements), he still faces a daunting challenge in defeating perceived frontrunner Barbara Comstock.  The Bull Elephant exclusively published the endorsement of Comstock by Northern Virginia Tea Party leader John Jaggers this morning.  A list of her other endorsements can be found here.