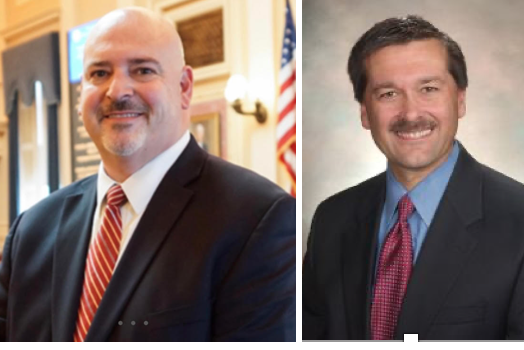 New leaders and committee chairs in the House of Delegates

Todd Gilbert (R-15th district) will become the new Speaker of the House of Delegates and Terry Kilgore (R-1st district) will become the new majority leader. House Republican Caucus Chair Del. Kathy Byron was elected to her second term. Del. Jay Leftwich also was elected House Majority Whip for a second term. Republicans will take over when they are sworn in on January 12th, 2022.

Virginia will be in good hands in the House of Delegates.

New leaders and committee chairs in the House of Delegates was last modified: December 23rd, 2021 by Jeanine Martin

Liars and phonies! I quit looking after the first several were Virginia Constitutional Conservate naysayers, not even bothering to acknowlege the 16 point survey, let alone refusing to answer it with passing scores. Oh, yes, they are perfect Virginia conservatives that have never cut the real size, power and budgets of Virginia when they held majorities. Only slowing just a bit the rate of growth. As if I needed confirmation after a half-century of let-down and outright betrayal for my decision last Spring to quit this party I have never been a real member of, only fooling myself and others that the GOP was our best and last hope. I now know that only a massive takeover by genuinely constitutional conservatives could make it good, a financial and political impossibility, then y’all Swamp Republicans have all but guaranteed over the last 50-60 years of surrender to Marxist demoncrats to bequeath to us a civil war worse than the War Between the States, just like you did back then. Me? I’m spending my limited resources preparing for survival for me and loved ones out here in the ‘woods.’ And praying to God for a gigantic miracle even as I strive to do my part in saving souls.

I guess, but it’s a shame there are No Northern Virginia reps as chairs — but that’s because the only NoVa Republican is Dave Larock. Dave should chair a committee

Concur ! Virginia will be in good hands in the House of Delegates.