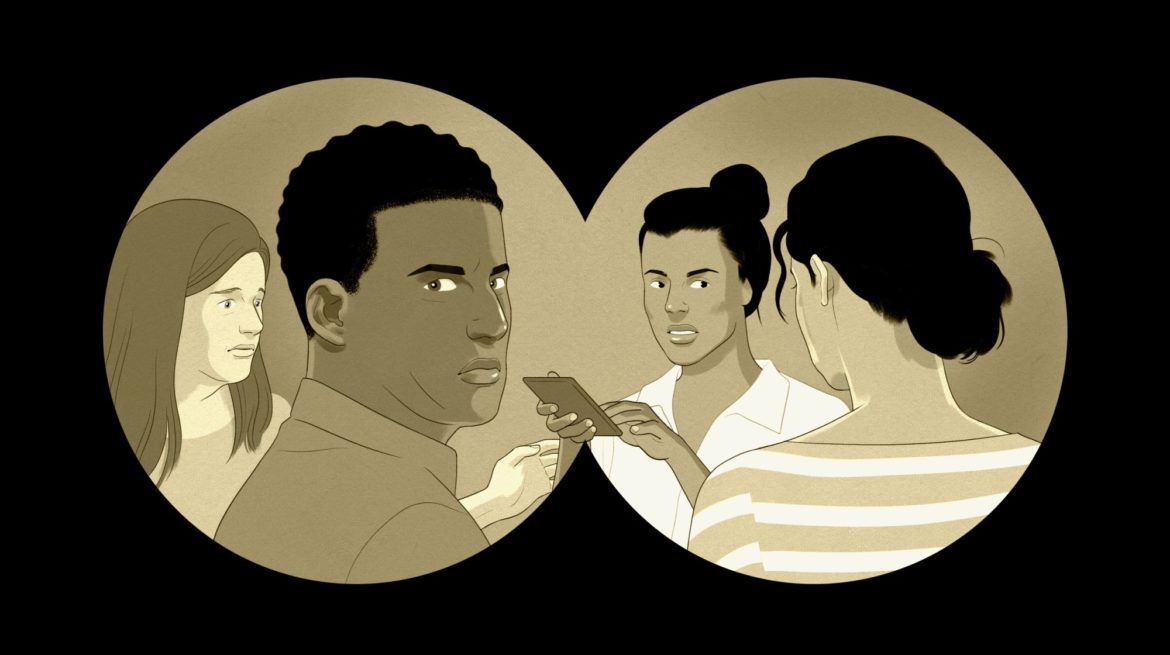 A new poll taken in Loudoun and Fairfax counties shows 50% of voters opposed to the teaching of “Critical Race Theory” with only 42% supporting it and by a margin of two to one voters say they are less likely to vote for a politician who supports it. (Where do you stand Terry McAuliffe?)

62% of Fairfax and Loudoun voters oppose the elimination of Advanced Diplomas:

Loudoun County voters strongly support a recall of the current school board:

What is Critical Race Theory and why are Republican governors and state legislators saying such terrible things about it? If you are among the 99% of Americans who had never heard of this theory before a month or two ago, you might be forgiven for believing that it poses a grave threat to the United States through the indoctrination of our schoolchildren. To clarify the reasons behind the sudden rise in attacks against this little-known theory, it can first help to consider an earlier campaign of silencing in US history—the effort to shut down any discussion of slavery in Congress through a gag-rule that lasted for almost a decade in the 1830s and 1840s.

In 1836, in response to a flood of anti-slavery petitions, the House of Representatives passed a resolution (Rule 21) that automatically tabled all petitions on slavery without a hearing. By doing so, they effectively prohibited even the discussion of slavery in Congress. The Senate, for its part, regularly voted not to consider such petitions at all. Southern Representatives and their Democratic allies in the North believed that any attention paid to slavery was divisive in that it heightened regional tensions and promoted slave rebellions. They argued that the drafters of the Constitution never intended for the subject of slavery to be discussed or debated in Congress.

At the beginning of each session after 1837, during discussion of the House rules, the ex-President and then Representative John Quincy Adams would attempt to read anti-slavery petitions he had received. Originally, only Whigs supported his efforts, but more Democrats joined him each session, so that the majority against Adams gradually decreased until the gag-rule was repealed at the beginning of the 1845 session.

In fact the theory, based on an understanding that race is not biological but socially constructed, yet nevertheless immensely significant for everyday life, provides a way to investigate systemic racism and its consequences. It recognizes that racism did not exist solely in the past, that structures embedded in laws and customs persist in the present and permeate social institutions. These structures, intentionally or not, lead to the treatment of people of color as second-class citizens or less-than-full human beings.

As their central charge, critics frequently take the theory’s argument that in the US racism is “structural” or “systemic” as synonymous with saying that the United States is “systematically” or “inherently” racist. However, doing so conflates “systemic” with “systematic”: “systemic” practices are those that affect a complex whole of which they are a part; “systematic” practices are planned and methodical. To say an attitude or pattern is structural does not mean that it is unavoidable and unchangeable, that it cannot be addressed and its effects reduced through reforms. Indeed, a central tenet of the theory is that racism has produced its effects through specific, historical institutions, and that reduction of racial inequities can be accomplished, but only once the existence of such injustices is recognized.

Most lines of attack on Critical Race Theory depend in similar ways on misunderstandings or distortions. Whether subtle or not-so-subtle, unintentional or willful, their effect is the same: they misrepresent the theory. The opponents criticize what they call the theory’s “race essentialism”— their misconception of Critical Race Theory as saying that an individual, based on their race, is “inherently” racist or oppressive. Against the idea of structural or “inherent” racism, the critics assert that racism only expresses personal choices and actions. But we need not accept their assumption that racism must be either structural or personal; both can surely exist at the same time.

Nor do we need to agree with the opponents that the theory considers all white people “inherently privileged” because of their race. In the 1930s, Social Security benefits were denied to domestic workers, the right to organize a union was withheld from propertyless farmworkers, and federally funded mortgages were denied to people of color generally through the practice of “redlining.” The vote was denied to many people of color via poll taxes and other legal obstacles. Recognizing this pattern is not the same as saying that white workers, voters, and mortgage holders are “inherently privileged.” Yet recognizing such a pattern does mean that some of the inequalities and disadvantages under which people of color have labored as a result of discriminatory legislation can be addressed through reformative legislation.

When State Senator Brian Kelsey of Tennessee supported a ban on teaching Critical Race Theory in public schools, he stated that the theory teaches “that the rule of law does not exist and is instead a series of power struggles among racial groups.” However, to acknowledge that laws have been shaped by social structures and cultural assumptions of a particular time does not mean that the rule of law does not exist. Rather, it poses a challenge for us to root out the racist patterns and practices that have been invisibly at work in the idea of “equality under the law.”

Finally, the detractors charge teachers with “imposing” or “forcing” the theory on their students. But these critics are not in fact calling for independence of thought. Rather, their charge seeks to suppress thought that questions historic and continuing inequities and inequalities, just as, almost two hundred years ago, representatives of Southern slave-owners and their Northern sympathizers imposed a gag-rule on their anti-slavery Congressional colleagues.

It is instructive that opponents of Critical Race Theory deny what the theory does not assert—that each white person is inherently, essentially racist, and that the institutions of American society are fundamentally, unchangeably racist. It may be easier to legislate these denials and to gag educators than to acknowledge what the theory does assert, and then work to make the difficult changes that are called for in the legal and the educational systems of our country. By denying that racism is entrenched and unyielding, they render it more entrenched and more resistant to attempts to address its consequences.

Yesterday, David Ignatius had a piece in the Washington Post that uncovered the attempt of the Trump administration to reorder the Middle East along an axis anchored by Crown Prince Mohammed bin Salman of Saudia Arabia (more popularly known as MBS), Prime Minister Benjamin Netanyahu of Israel, and Jared Kushner of the U.S.

To make the deal, the leaders involved apparently wanted to muscle Jordan out of its role as the custodian of Muslim and Christian holy sites in Jerusalem, a role carved out in the 1994 peace treaty between Israel and Jordan that was hammered out under President Bill Clinton. The new dealmakers apparently wanted to scuttle the U.S.-backed accords and replace them with economic deals that would reorder the region.

This story has huge implications for the Middle East, for American government, for religion, for culture, and so on, but something else jumps out to me here: this story is a great illustration of the principles behind Critical Race Theory, which is currently tearing up the Fox News Channel. Together, the attempt to bypass Jordan and the obsession with Critical Race Theory seem to make a larger statement about the current sea change in the U.S. as people increasingly reject the individualist ideology of the Reagan era.

When Kushner set out to construct a Middle East peace plan, he famously told Aaron David Miller, who had negotiated peace agreements with other administrations, that he didn’t want to know about how things had worked in the past. “He said flat out, don’t talk to me about history,” Miller told Chris McGreal of The Guardian, “He said, I told the Israelis and the Palestinians not to talk to me about history too.”

Kushner apparently thought he could create a brand new Middle East with a brand new set of alliances that would begin with changing long standing geopolitics in Jerusalem, the city three major world religions consider holy. It is eye-popping to imagine what would have happened if we had torn up decades of agreements and tried to graft onto a troubled area an entirely new way of interacting, based not on treaties but on the interests of this new axis. Apparently, the hope was that throwing enough money at the region would have made the change palatable. But most experts think that weakening Jordan, long a key U.S. ally in the region, and removing its oversight of the holy sites, would have ushered in violence.

The heart of the American contribution to the idea of reworking the Middle East along a new axis with contracts, rather than treaties, seems to have been that enough will and enough money can create new realities.

The idea that will and money could create success was at the heart of the Reagan Revolution. Its adherents championed the idea that any individual could prosper in America, so long as the government stayed out of his (it was almost always his) business.

Critical Race Theory challenges this individualist ideology. CRT emerged in the late 1970s in legal scholarship written by people who recognized that legal protections for individuals did not, in fact, level the playing field in America. They noted that racial biases are embedded in our legal system. From that, other scholars noted that racial, ethnic, gender, class, and other biases are embedded in the other systems that make up our society.

Historians began to cover this ground long ago. Oklahoma historian Angie Debo established such biases in the construction of American law in her book, And Still the Waters Run: The Betrayal of the Five Civilized Tribes back in 1940. Since then, historians have explored the biases in our housing policies, policing, medical care, and so on, and there are very few who would suggest that our systems are truly neutral.

So why is Critical Race Theory such a flashpoint in today’s political world? Perhaps in part because it rejects the Republican insistence that an individual can create a prosperous life by will alone. It says that, no matter how talented someone might be, or how eager and dedicated, they cannot always contend against the societal forces stacked against them. It argues for the important weight of systems, established through time, rather than the idea that anyone can create a new reality.

It acknowledges the importance of history.

Would be helpful if people understood what “critical race theory” is, however, in this age of Fox, OAN, and The Bullshitting Elephant, facts don’t matter.

Oh, we understand perfectly what it is, and we’re going to shove it right up your stupid woke asses come this November.