Results of a new poll by Quninnipiac University highlights how dangerous the electoral environment is for Democrats this fall, particularly for Mark Warner. 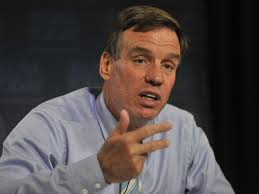 There has been lots of talking head discussions lately about this year’s federal elections. Most of it has centered on not whether the Democrats will have a bad year, but just how bad it will be. And it looks to be pretty bad.

Looking specifically at Virginia, the new Quinnipiac survey reveals some extremely encouraging details. First, President Obama’s job approval in Virginia—usually the bellwether of how off-year elections will turn—is way upside down, at 44% approve/52% disapprove. This is going to make it extremely hard for marginal and challenger Democrat candidates to raise any money (which s probably why Nancy Pelosi had to come to Virginia’s 10th district for a fundraiser last night…everyone still have all their silverware and china?).

More importantly, in this particular year and in particular against Mark Warner, whose vote enabled the passage of Obamacare, the president’s signature healthcare law is reviled by most Virginians, with the 44%/55% favor/disfavor number mirroring the president’s upside-down approval ratings. Fully 51% of independents say they are less likely to support a U.S. Senate candidate who supports Obamacare.

That spells trouble for Mark Warner, who personally enabled passage of Obamacare AND who had this whopper to offer about people being able to keep their existing healthcare:

Among the best bits of news in the Quinnipiac survey was the fact that Warner is only polling at 46% against what the pollsters regard as his putative challenger, Ed Gillespie. Now, that doesn’t sound that bad, but consider that just a few weeks ago a Roanoke College poll had Warner at 56%.

Folks, with the Republican nominee still to be chosen, and still months away from launching statewide media, Virginia voters don’t know who he is yet. The fact that former Governor and current Senator Mark Warner can’t get more than 46% against a hypothetical opponent isn’t a good sign for him. He’s beatable, and he’s beatable on Obamacare.

As we close in on June’s nominating convention, we urge you all to take a close look at the candidates and decide which of them will be best able to skewer Warner on his role in passing the job-destroying, health-endangering, budget-busting, mis-named Afforable Care Act. Here’s a sample, starting with Ed Gillespie. (If you haven’t seen these, take a few moments…its worth it).

And while not specifically aimed at Obamacare, this is a really clever take from Shak Hill on the “War on Women” trope:

The question isn’t who can skewer Warner,but who has the will to do it. Warner can be held to account for many things besides O’care. It looks to me that there are so many untapped Republican votes that aren’t found because there is such a difference in what the base wants and what the so-called leadership wants. Whoever has the most money wins and it does not involve messaging.