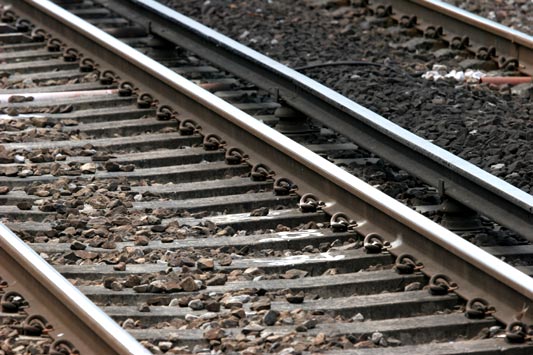 Electrical power for underground trains is supplied by a “third rail” – a high-voltage conduit that usually carries 750 volts and very high amperage. A person coming into contact simultaneously with it and the ground is instantly electrocuted.

Within my lifetime Social Security became known as “the third rail of American politics” because touching it means certain political death for a politician. In 1964, Barry Goldwater ran on repeal of Social Security. His proposal went over like a stone Zeppelin, and he suffered a historic defeat by Lyndon Johnson. In 2005 George W. Bush’s attempt to let workers divert part of their FICA premiums to private accounts also fared poorly.  Older voters, fearful of diminished funding affecting their Social Security pensions, thronged the polls in 2006 to give Democrats control of the Congress and decisively stomp “privatization.” The “third rail” remained deadly.

Pundits more notable than I sometimes call Republicans “The Stupid Party.” My judgment isn’t usually so harsh, but that unnecessary brush with Social Security’s third rail was unwise. It wasn’t a bad idea, but Mr. Bush was completely clueless about the temper of the public on the issue. After that fiasco it took Republicans ten years to regain the Congress and the presidency. Barack Obama and a Democratic Congress did a lot of damage during that lost decade.

Today we hear no more talk about “reforming” Social Security. But there’s a new third rail: “immigration reform,” which is political code-speak for “normalizing” illegals already living here. Democrats support citizenship for as many illegals as possible, but the GOP base is strongly opposed. Thus, only Republicans are vulnerable to the rail’s lethal touch.

In 2016 President Trump ran on issues zealously supported by working-class voters. Tax reform was one. Another was halting the flood of illegal immigrants. Working-class Americans anxious about jobs, the economy and high taxes craved a president who could do more about these issues than just talk. Mr. Trump looked like he might be that guy, so voters came out in force to give him a surprise-victory. No Democrats (and very few Republicans) saw this coming because they didn’t comprehend how important those issues were to Mr. Trump’s base. It might have been the greatest misreading of the temper of the electorate in history.

Republicans’ misunderstanding of how upset ordinary people are about our uncontrolled borders goes back a decade. In 2007 the Democratic majority in Congress worked “across the aisle” with a cabal of RINOs (Republicans in Name Only) to fashion a bill that would have provided legal status and a citizenship-path for approximately 12 million undocumented immigrants residing in the USA. The House passed the bill; the Senate appeared ready to do the same; and President Bush was prepared to sign it into law. But a furious, last-minute telephone-protest from voters jammed Congressional switchboards and threw the Senate into a panic that caused failure of several cloture-votes and doomed the bill.

Having evidently learned nothing from that 2007 fiasco, RNC Chairman Reince Priebus tried again, in 2014, to do “something big” on immigration to “normalize” people living here illegally. Republicans were expecting an electoral wave to give them control of both houses of Congress, so there was every reason to let sleeping dogs lie on this explosive issue. It was certain to offend Republicans’ conservative base and transform a sure Republican win in November into the flop of Luca Brazi’s dead fish. Had they legalized 12 million illegals, the GOP would have slept with the fishes for a long, long time. Fortunately the GOP avoided the third rail again.

Like other commentators, I wondered why Republican leaders would deliberately endanger a sure 2014 win by going anywhere near illegal immigration. (One wrong move, and Zap!) Some pundits suggest that GOP leaders’ fondest hope is to win praise from the New York Times, the Washington Post, NBC, and other leftist media organs. They desperately want to show that Republicans aren’t as bad as liberals think they are.

Maybe that assessment contains some truth, but there must be more to it than a pathetic desire for liberal praise. Really, who cares a fig about what liberal editors or Big Media talking heads say? Lefties are so fickle. Within mere days their footling praise would be eclipsed by another freshly contrived outrage: Republicans’ supposed “War on Women;” perhaps their refusal to endorse transgender contestants in the Miss America contest; or another restroom-controversy. “Racism” is the latest mud-ball being thrown at the GOP. Painful experience has repeatedly shown that it’s impossible for Republicans to stay in the good graces of the Mainstream (i.e., liberal) Media, unless they offend their base by moving over to the liberal side.

Since experienced Republicans must know this dismal truth, what else could be driving such a counter-intuitive strategy? From here, it looks like new workers and new voters are likely motivations. Business interests want a steady stream of low-wage workers to drive wages down. Illegals in are already doing this, but employers prefer to have the threat of legal trouble over hiring those workers removed. Legalizing them would achieve that. It would also generate hordes of new illegals clamoring to get in on anticipated future legalization.

For many CEOs, it’s a dream scenario – very cynical, of course, as it hurts workers by depressing their wages. Depressed wages can hurt the country, too, but (in Tom Hagen’s memorable words) “this is business, not personal.” (It’s also a question of grass – like, who’s going to cut it if we don’t let more illegals in, man?)

Some Republican pols also argue that those illegals will become new Republican voters if the GOP gives them legal status and eventual citizenship. GOP leaders note that Hispanics are moral people who hold strong family values, including self-reliance, honesty, faith, and personal responsibility. Thus, they are natural Republicans who will send the GOP over the political rainbow to perpetual majority status.

That’s a nice pipe-dream, but it runs counter to economic reality and human nature. Illegals overwhelmingly populate the lowest economic quintile (i.e., the bottom 20% slice) of American families and wage-earners. In general, they are unskilled, poorly educated people with low English-fluency. Legalization won’t correct these problems overnight – perhaps never for many.

Eventually, some illegals might surmount their educational and lingual problems. But most will continue to act like the third-world people they are: decent, by and large, but very needy. They will swamp federal, state, and local social welfare programs at a time when all government levels have over-burdened social budgets. Newly legalized illegals will quickly comprehend that Democrats, not Republicans, are the reliable suppliers of the welfare provisions they need and want. The result will be political disaster for the GOP. Democrats know this very well.

The Heritage Foundation estimates the cost of legalizing the current illegal population at some $7 trillion over the next 50 years. This works out to $140 billion a year – much of it borne by state and local governments. (The figure does not include the incalculable cost of lowered wages and lost jobs.) If there was ever a time to ask W. C. Fields’ famous question – “Who’s paying for all this?” – this is it. A child could see that legalizing 12 million illegals will break the social spending bank. Even legalizing 1.8 million Dreamers will cost a bundle. Mr. Trump will do well to beware of the “third rail” when he haggles with Democrats on this dangerous ground.

Democrats never worry about the costs of new entitlements or the addition of new “entitlees.” Perhaps they think the money will come from “Obama’s stash” (as one woman famously put it), or from the gold repository at Fort Knox. Democrat pols always say “Government” will pay for it – meaning that the Chinese will lend us what we need. No worries. But it’s all rubbish: Obama has no secret stash; there’s no gold at Fort Knox; and the amount of our debt held by the Chinese is becoming a growing national security risk that might soon become a serious threat.

Republicans should worry, however. Their base will blame them if they let this fiasco happen while they own the Congress and the presidency. “Comprehensive solution” sounds nice, but on a problem this big that solution is certain to be – as my old math teacher liked to say – “simple, elegant and completely wrong.”  If Obamacare has taught us anything, it should be that grand political bargains almost always crash when they collide with reality. Mr. Trump loves to tout his deal-making skills, but sometimes the smart move is to walk away from the table.

I realize that these are 12 million people – not pawns or statistics. Many have risked a great deal to better the lives and fortunes of their families. Who can blame them? In their place, many of us might do the same. And the so-called Dreamers certainly can’t help having been brought here as children. Their parents got them into their predicament. But why is it the American people’s responsibility to fix it?

No matter how compassionate we might feel, we can’t necessarily digest the economic and political cost of legalizing all of them at one stroke without harming our own people. With full control of the Congress, Republicans can parse the illegals-problem and make intelligent choices that will neither swamp the country’s economy nor cripple the GOP’s future. Doing “something big” on immigration will be a cure worse than the disease. It’s a Republican Death Wish, and it won’t do Mr. Trump any good, either. 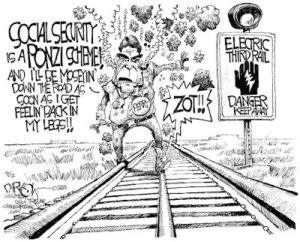