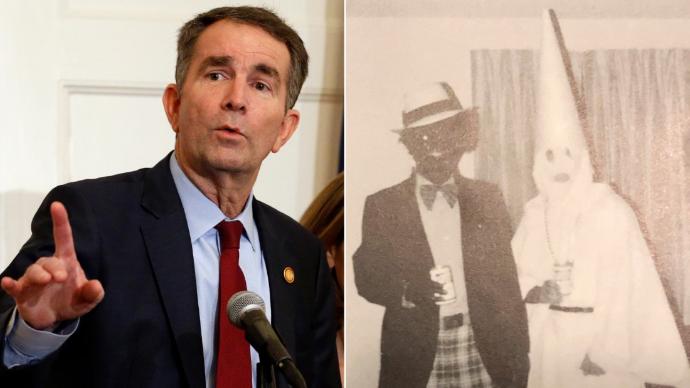 This image would be illegal under HB 1627

New Tyranny from the Party of Big Government – Kill HB – 1627

This new Democratic General Assembly has come up with some real disgusting pieces of legislation.  We’re all aware of the “red flag Laws” which have been proposed and are already in the process of being passed into law.  The after birth abortion bills which have been re-written and will possibly pass in the next few weeks. The bills which would take away our rights to protect ourselves.

However something has gone under the radar, and is just being picked up now.  And that is HB 1627, which would make it illegal to threaten or harass the Governor, Lt. Governor, AG, or any member of the General Assembly.    Now to physically threaten anyone via computer or other is already illegal. However this bill takes things to a different level:

In keeping with the Federalists and their passing of the Alien and Sedition Acts in the 1790’s, this bill would pretty much do the same:

From the bill itself:

64 If any person, with the intent to coerce, intimidate, or harass any person, shall use a computer or

66 make any suggestion or proposal of an obscene nature, or threaten any illegal or immoral act, he shall

67 be is guilty of a Class 1 misdemeanor. A violation of this section may be prosecuted in the jurisdiction

69 the act is one of the following officials or employees of the Commonwealth: the Governor,

71 General-elect, a member or employee of the General Assembly, a justice of the Supreme Court of

72 Virginia, or a judge of the Court of Appeals of Virginia.

So basically – if someone called Governor Northam a M—er F—–, that person would be guilty of a crime in the Commonwealth.   If someone made a computer meme of Lt. Governor Fairfax in prison garb behind bars, that would get the meme maker a minimum 1 year sentence, the minimum sentence for a Class 5 felony in Virginia.  Calling Attorney General Mark Herring AG Blackface could get someone else the same sentence. Theoretically if someone called Northam a tyrant, which quite frankly he is (something I have said hundreds of times) that would get the person a 1 stay in a Virginia Hilton of their choice.

Now one day sooner or later, once RPV gets their collective heads out of their backsides, the GOP will win elections again statewide.  Then the hypocrisy would be delightful – watching the ANTIFA supporters screaming “FREE SPEECH” after they protest and scream and whine about a GOP Governor and some overly sensitive Commonwealth Attorney prosecutes this act of free speech.

Passing this God awful piece of legislation cannot and will not end well for anyone in Virginia.