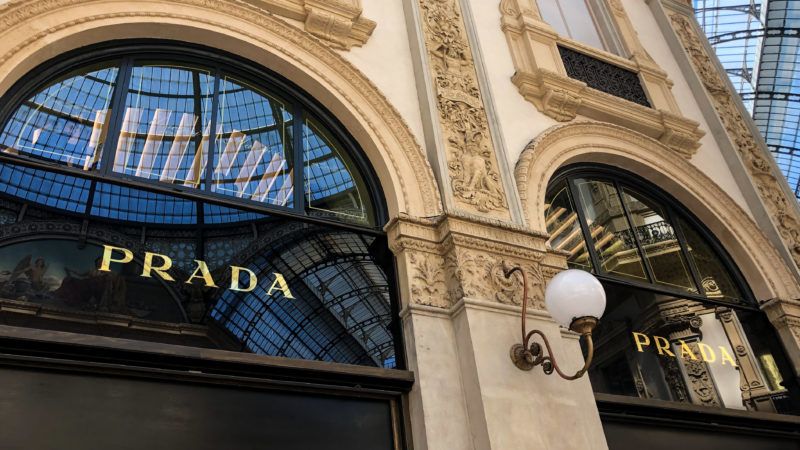 New York City is censoring its fashion industry, under the theory that their products and marketing messages constitute racial discrimination. For example, its Commission on Human Rights has ordered Prada to stop selling insensitive merchandise, hire a diversity director, and do the governmentâ€™s bidding regarding what products it sells and how it markets and advertises.

The New York City Commission on Human Rights, an oversight agency that monitors compliance with the cityâ€™s incredibly broad anti-discrimination law, has ordered the fashion company Prada to stop selling certain toy dollsâ€”described by many as racist caricatures akin to blackfaceâ€”and send its employees to sensitivity training.

In doing so, the overzealous agency is claiming vast new powers to police a private entityâ€™s behavior. Unfortunately, Prada is meekly submitting to the commissionâ€™s demands, and other companiesâ€”including Dior and Gucciâ€”are facing similar inquisitions.

The Commission began an investigation into Prada after receiving complaints that some of its merchandise was insensitive, according to The New York Times:

For the last year, the New York City Commission on Human Rights, the law enforcement agency of the municipal government charged with overseeing the cityâ€™s human rights laws as they apply to housing, retail establishments and other areas, has been investigating and in settlement talks with Prada, a process culminating in a deal signed on Feb. 4, just in time to set nerves on edge during fashion month.

The commission sent Prada a cease and desist letterâ€”a warning to stop selling the dolls in questionâ€”in December 2018, after a member of the commission saw a civil-rights lawyerâ€™s angry social media posts about the dolls. That lawyer filed a discrimination complaint with the commission in January 2019.

Pradaâ€™s signed agreement with the commission is incredible. The company will put all New York store employeesâ€”and company executives in Milanâ€”through racial sensitivity training. Prada will also appoint a diversity and inclusion officer, subject to the commissionâ€™s approval. This person will be tasked with â€œreviewing Pradaâ€™s designs before they are sold, advertised or promoted in any way in the United States,â€ according to the terms of the agreement. Even The Timesâ€™ reporter found this to be a fairly absurd requirementâ€”â€Given the hundreds of products Prada creates every season, this is a pretty extraordinary task,â€ the articles notes in an aside.

But commercial advertising and marketing are generally protected by the First Amendment, even when they are racially offensive. For example, a court ruled that a food truck company could name itself â€œWandering Dago,â€ after a derogatory term for Italians. (SeeWandering Dago v. Destito, 879 F.2d 20 (2d Cir. 2018)). Pradaâ€™s toy dolls were not nearly as offensive as that term, which the food truck company was nevertheless allowed to use as a business name and in the packaging for its food.

Commercial advertising can be restricted in certain contexts when it conveys the message that customers of a certain race are not wanted; but the fact that Prada carried a few insensitive dolls among a large array of merchandise does not rise to this level, just as a merchant displaying products bearing Polish jokes was held by the New York courts to not violate state anti-discrimination law. (SeeÂ State Division of Human Rights v.Â McHarris Gift CenterÂ (1980)).

The demand that a city-approved diversity director review â€œPradaâ€™s designs before they are sold, advertised or promoted in any way in the United Statesâ€ is beyond the Commissionâ€™s authority under city law, even putting aside the First Amendment. Changing or eliminating products is beyond the Commissionâ€™s authority under laws against racial discrimination, which are designed to give minorities access to goods and services, not to change what those goods and services are. The court ruling in favor of McHarris Gift Center said that a civil-rights agency didnâ€™t even have jurisdiction under anti-discrimination laws to investigate a merchant for carrying offensive products. Dictating what products are for sale is simply not the function of anti-discrimination laws. A civil rights agency canâ€™t ban a bookstore from carrying racist books (which a few minorities might want to purchase to learn more about the history or origins of racism), or prohibit a video store from carrying videos that are sexist or offend someoneâ€™s religious beliefs, even if such products offend customers based on their race or sex.