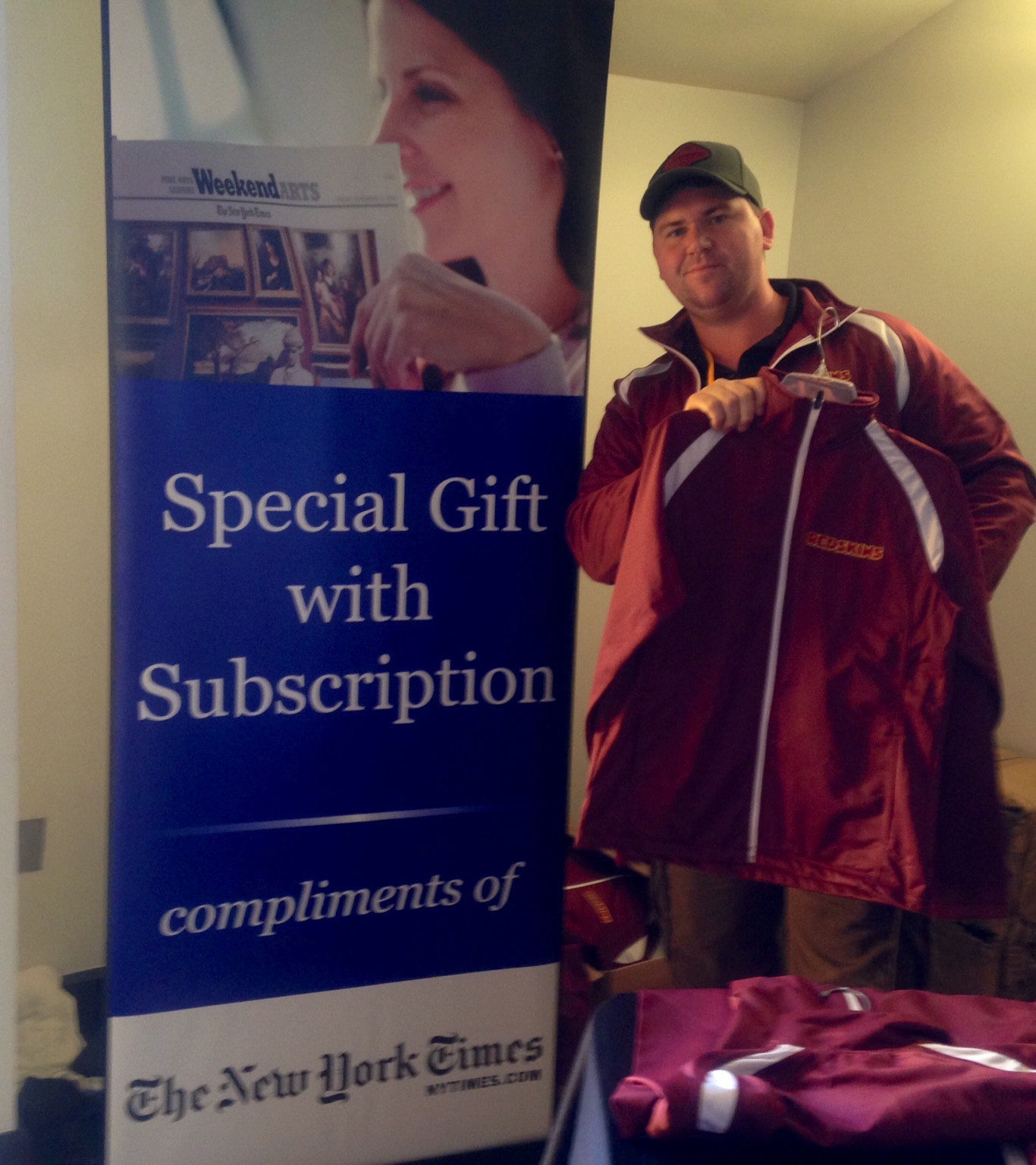 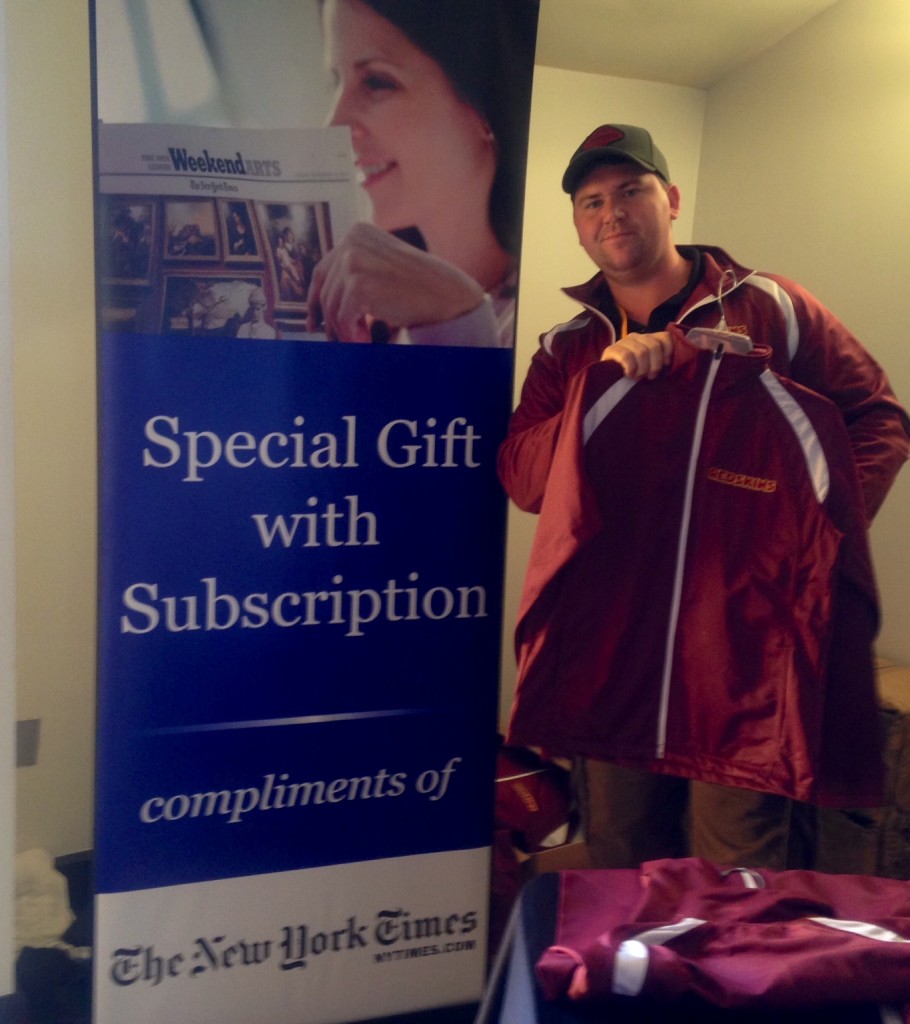 NYT exploiting what they call a ‘slur’

Of course the jacket isn’t really free, you pay for it with a subscription to the Times.  Apparently the NY Times has no problem exploiting the Redskins name and logo to make money for their newspaper.

The Times has railed against the Redskins on both their editorial and “news” pages.  On June 18, a Times editorial said,

There is no question that the term “redskin” has been used as a racial slur for American Indians for hundreds of years and is on par with offensive terms used to denigrate blacks and Hispanics. And it is also clear that federal law prohibits the Patent and Trademark Office from registering trademarks that disparage people or bring them “into contempt, or disrepute.”….

There is little anybody can do legally to force Mr. Snyder and National Football League to change the team name. But they should realize that even if they successfully challenge the trademark board’s decision, using a term that so clearly offends so many people undermines the value of the team and the league.

Snyder remains tone-deaf to the major spiritual tenet that if even one person is offended, that is one too many…

Oh really?  As a native Texan, I am offended by the term Dallas Cowboys.  My ancestors in Texas weren’t Cowboys!  By Rhoden’s ‘logic’ I should be able to demand that the Cowboys stop using the term Cowboys.

A tip of the hat to Pete Snyder (no relation to Dan), former candidate for Lt. Governor of Virginia,  currently owner and CEO of Disruptor Capital and King of pulled pork barbecue, who alerted The Bull Elephant to this latest hypocrisy from The Gray Lady.

More evidence of the New York Times hypocrisy in articles opposing the use of the Redskins name while using it to sell newspapers  here, and here.