Who are the Newcomers to the GOP U.S. Senate Race?

Two unknown candidates–a Congressional staffer from Stafford and a small business owner from Prince William–have joined established candidates Shak Hill and Ed Gillespie in vying for the 2014 GOP nomination for U.S. Senate. The likely impact? Little to none.

The Republican Party of Virginia announced over the weekend the candidates who had properly filed and paid the $6,900 filing fee to run for the GOP nomination to take on Mark Warner this fall. The field of four candidates includes two surprise newcomers, Tony DeTora and Chuck Moss. 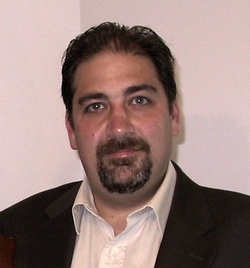 Tony DeTora
Tony DeTora currently works as a Senior Policy Advisor to California Congressman Dana Rohrbacher, focusing on science and technology issues. DeTora is a member of the Stafford County Republican Committee, and served as an officer of election for the Stafford County Electoral Board in 2013, and as a GOP observer during the Attorney General recount. Prior to moving to Stafford, DeTora lived in Fairfax, where he registered as a delegate to the 2009 RPV State Convention.

The most relevant piece of DeTora’s background comes from before his job with Rep. Rohrbacher. From 2006 through 2008, DeTora worked for Commonwealth Consultants, a Northern Virginia-based communications and public relations firm. At Commonwealth Consultants, DeTora provided fundraising services to clients that included former Rep. Tom Davis (R-VA) and, for two months, former candidate for the 11th Congressional District nomination, Keith Fimian. According to OpenSecrets.org, the Tom Davis campaign paid Commonwealth Consultants $265,000 for the 2006 and 2008 election cycles.

DeTora’s shoestring website is short on any details, but appears to be designed to give a circa-2009 Tea Party vibe (i.e., Howard Chandler Christy’s painting of the Constitution being signed, and the UglyQua font that’s supposed to look like Colonial-era typeset). His Tweets suggest a strong inclination toward mainstream Republican conservatism.

The Bull Elephant spoke with DeTora earlier today. DeTora revealed his motivation for running as seizing “a rare opportunity to actually make the decisions” he has previously only worked to influence. He says his views are fiscally conservative and rooted deeply in a conviction that the Constitution should be respected. “For two centuries the government has grown in power and scope at the expense of the states and of individual liberties,” he says, “and it’s time it stopped.” He says that for him, his conviction that the government had gone way too far crystallized with the Kelo decision.

DeTora says he does not yet have a campaign organization, but he does think his experience as a political fundraiser will provide an advantage for him (though he concedes that his own views likely disqualify him in the eyes of many of the donors he used to ply on behalf of Tom Davis). He plans to continue working through the campaign for Rep. Rohrbacher, who he says is “fully supportive” of his effort.

Chuck Moss
Prince William-based business owner Chuck Moss (not “Moses,” as incorrectly reported in the Washington Post and elsewhere) is a newcomer not only to this race, but also to any active engagement in politics. Moss has run his small network engineering and consulting business since 1996, and although he has followed politics closely for some time, he has not gotten involved at a level beyond attendance at a few Prince William GOP functions. Moss says that he is running for the nomination because he is upset with the state of politics, and thinks that there is too much corruption, conflicts of interest, and a lack of transparency in how legislation gets passed. Asked about where, in general, he stands on the issues, Moss said, “I wouldn’t fit the social conservative mold, but I would fit the fiscal conservative one, with a libertarian flavor.” Moss was particularly passionate about the fact that highly technical legislation is often passed without sufficient involvement of qualified experts, and that such legislation all-too-often comes with unintended negative consequences.

Moss said his immediate priorities, after making the decision to file for the Senate race “at the last minute,” are to set up a campaign bank account and website, and then to hire staff.

Any Impact?
How do the entry of DeTora and Moss change the Senate race? Not at all, at least for now. Both appear to be thoughtful, sincere men, but so far there is no evidence that either of these candidates have undertaken the level of preparation and planning required to mount a serious and effective statewide delegate turnout operation. DeTora is a possible wildcard with his fundraising background, and it will be interesting to see if his ties with former Congressman Tom Davis (whose name is, at least for now, conspicuously absent from the list of Ed Gillespie endorsements) give him any ability to jump-start his campaign at a time when local units are beginning to hold their mass meetings to certify state convention delegations. But otherwise, while these two candidates are earnest in their convictions, neither appears ready to pose any serious threat to Shak Hill or Ed Gillespie. (Sorry, guys).

“Conventional” wisdom would seem to suggest that these additional candidates would serve as spoilers for Shak Hill, splitting the vote of the sizable portion of the GOP base who are still uneasy about Ed Gillespie. This suspicion, however, ignores the reality that more candidates means a greater chance that Gillespie might not hit 50% with the first ballot in Roanoke, which is an eventuality that would be most unwelcome by the Gillespie camp. Other than having no opponent at all, the best thing for Gillespie would be to have just one opponent, so the idea that DeTora or Moss are tools for his campaign seems pretty farfetched. Both gentleman deny that they are acting on anyone else’s behalf.

Who are the Newcomers to the GOP U.S. Senate Race? was last modified: February 4th, 2014 by Chad Ochocinco

They keep Shak from securing the entire anti-establishment or anti-Gillespie vote which will only hurt the three of them. Won’t change the outcome of this nomination.

DeTora ran for Treasurer of the Stafford GOP Committee in October and lost.

[…] For the foreseeable future, there are only really two candidates with an appreciable impact on the race, Shak Hill and Ed Gillespie. (See our take on the two newer entrants to the race, Tony DeTora and Chuck Moss, here: Who are the Newcomers to the U.S. Senate Race?). […]