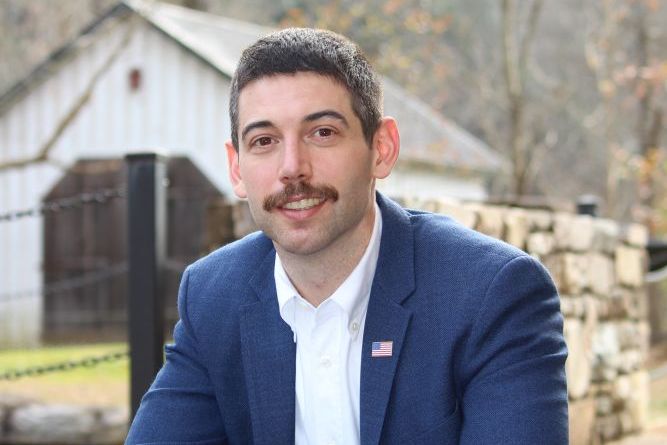 Nick Clemente has announced his run for the House of Delegates in the 10th district which includes parts of Loudoun, Clarke, and Frederick counties. He is running as a Republican. The district is currently represented by Wendy Gooditis (D) and prior to her Randy Minchew (R) held the seat.

>>>He (Nick) harkens back to his childhood and young adult life, when he struggled with dyslexia and attention deficit disorder, and said he hopes his campaign serves as an inspiration to those with similar struggles.

“My whole life growing up with dyslexia and ADD, I always had to work 10 times as hard as my peers, and still I was just the average B student. In grad school I became a B+ student and it  was by working even harder,” he said. “I want to run a campaign based on positivity. I think it’s what the voters of the 10th District deserve.”

“One of my biggest issues is a lot of politicians in America are kind of like robots,” Clemente said. “I want to be a human. I want to inspire folks to overcome and be an example that regardless of your hurdle if you really believe in yourself you can really achieve anything. I hope my message of inspiration and believing in what you can achieve will resonate with voters. I believe in positivity and if you have a positive outlook and you’re willing to work hard, anything’s possible.”

Clemente said he believes Gooditis is beholden to special interests and party-line voting, and he thinks the district deserves a representative who will listen to the people.

“A lot of her donors are billionaires, the [liberal activist and philanthropist] Tom Steyers of the world. I struggle with that because we have a lot of people struggling and she’s taking money from trade unions and billionaires who are out of state,” he said. “She’s kowtowing, in my opinion, to special interests and what we really need is someone who knows and understands us and wants to be a part of us.”<<<<

Gooditis, like many politicians, he said, has become a “transactional politician.”

“It’s an issue with politics in general in America, it requires money. You have to go do transactions, so you’re beholden by your donor base, or party. I really think if you make an effort with donors or other colleagues to build relationships, if something comes up that’s not good for your district you can say to your colleagues ‘look I have to vote this way because this is what the people want’,” he said.<<<

Nick sees getting children back in school as a top issue for the district.

Nick Clemente to run for House of Delegates in the 10th district was last modified: December 21st, 2020 by Jeanine Martin