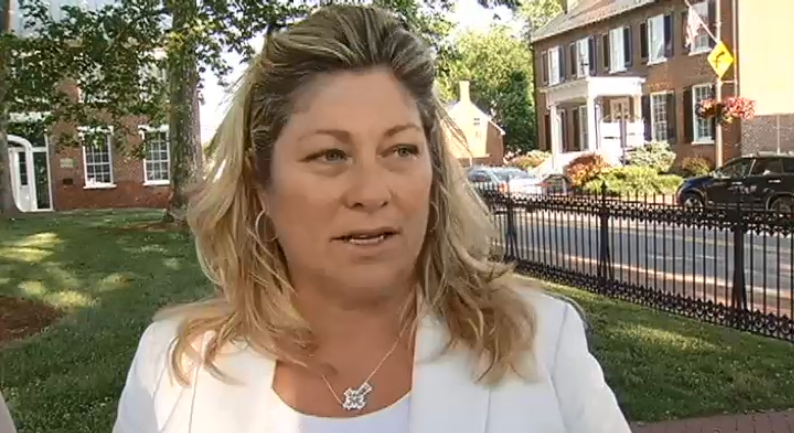 On February 14, the General Assembly elected Jim Plowman to a position as a Circuit Court Judge effective November 1. Â Jim has been a mainstay for the Loudoun Republican Party, holding the Office of Commonwealth’s Attorney for over 15 years. He is one of five Loudoun Republican Constitutional Officers that, while often unheralded, are the bedrock of the Republican ticket, running core government operations (Clerk of Court Gary Clemens, Commissioner of the Revenue Bob Wertz, Sheriff Mike Chapman and Treasurer Roger Zurn).

With Plowman leaving his post on November 1, this begs the question, who will step in to fill that void?Â  Part of being an effective leader is surrounding yourself with great people. Word is that Jimâ€™s Chief Deputy, Nicole Wittmann, will step up and run for the seat. Â Wittmann has been with Plowman for nearly 15 years and has served as his Chief Deputy for the past seven. Prior to being his Chief Deputy, she ran the Victim-Witness program in the office. Â In total, she has over 25 years of experience as a prosecutor.

She is one of the most respected prosecutors in Virginia, and by all accounts, is a tremendously skilled litigator. Â She has devoted the bulk of her career to prosecuting crimes against women and children including sex crimes, physical abuse, and possession of child pornography. Â She handled the trial of Braulio Castillo, accused of murdering his wife and staging it to look like a suicide. That trial lasted an amazing six weeks against two high-powered defense attorneys, Peter Greenspun and Jonathan Shapiro. Â And, days before the trial was to begin, Wittmannâ€™s father passed away unexpectedly, but she charged forward. Castillo was convicted and sentenced to life in prison.

When Arlington County was conflicted out of a case, Loudoun County was appointed to prosecute Michael Gardner for molesting several young girls. Â Gardner was a well-known political operative and the husband of the former Mayor of Falls Church. This was one of the most high-profile cases Arlington had ever seen. Â Plowman sent in Wittmann and Gardner was convicted.

You may also remember Wittmann from the David Cavalieri trial, the man who killed his girlfriend and hid her under his bed in Ashburn. Â Murder conviction, life sentence. Several others of note, but too many to list.

Wittmann is the real deal and reportedly already has a broad base of support among local elected officials and candidates. Â This also puts a very strong, dynamic woman on the Republican ticket that we should all rally around. Iâ€™m really looking forward to her official announcement, which should be in the coming weeks. Â More to come on this candidateâ€¦