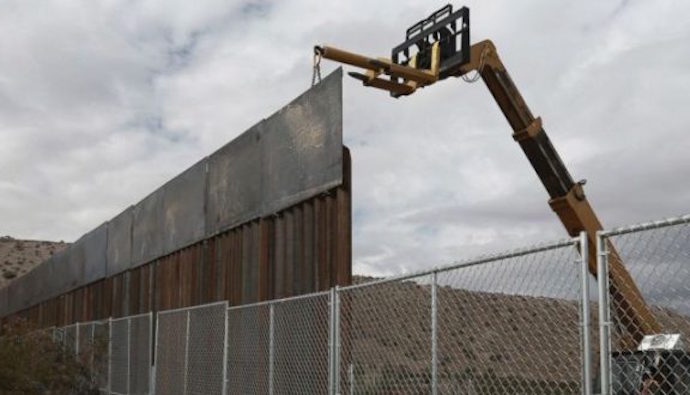 White House senior officials, who talked to President Trump last night, told me there is no deal on DACA with the Chuck Schumer Democrats and that the building of the wall is the cornerstone to any legislative DACA solution going forward.

“The President wants a wall along the border, and he is willing to obstruct any Congressional action that does not include it,” one senior White House official told me last night on the condition of anonymity.

“There is no amnesty, there is no deal with the Democrats. A prototype of the wall is being developed now. The President won’t commit to the vehicle but there will be no amnesty – there are simply lines he won’t cross.”

The senior official also told me that President Trump would only consider DACA legislation that affected the 690,000 current DACA participants now, and would not entertain continuing the program for new applicants. “The President ended DACA going forward”, the official said.

Trump’s top campaign promise was to build the wall.

Some took that literally, others have regarded it as a symbol of resolve to more broadly enforce our laws and enhance our national sovereignty.

While most of us acknowledge that the wall is just one, albeit a vital, component of an exhaustive list of needed reforms, there’s no turning back now. The wall has to be built because it has become the durable and symbolic centerpiece of America’s determination to enforce our laws and maintain control of our borders.

If it gets built, all other reforms are likely; without it, Trump faces major agenda defeat and national resolve will diminish.

The Day the Tiger Got Loose

On September 13, 2017 Trump learned a valuable lesson: his base will turn on him over amnesty for illegal immigrants, regardless of the circumstances.

Remember his comment on the campaign that if he shot somebody in cold blood on Park Avenue his base would still be with him?

The President found out yesterday that is not the case when he cavalierly floated DACA amnesty with no wall to the media and Chuck Schumer.

It was met with immediate fire and fury from his base.

Conservative talk radio caller telephones like mine lit up like a pinball machine in a penny arcade all over the country. The Trump base was infuriated. They showed it.

Trump found out in no uncertain terms that if he breaks his promise on the wall – and plays the globalist slave labor game with amnesty deals to appease the cheap labor and cheap votes D.C. uni-Party swamp crowd — all hell will break loose among his most ardent supporters.

Trump supporters know their establishment Republican representatives in Washington have lied to them over 30 years. Their patience has run out. The game has changed.

The President learned if he caves in on amnesty for illegals and negotiates away the wall its political suicide. He’ll lose the House in 2018; he’s out in 2020.

The Movement Transcends Its Leader

For two years I have said on national television and on my radio program the America first Trump doctrine is a movement. It cannot be contained.

The movement is now transcending its leader.

Trump set a tiger is loose in the streets. Trump either rides the tiger – or it will eat him.

If you want proof of this, circle Sept. 26th on your calendar.

The movement is moving past its current leader.

Trump found out yesterday his base – which he ignited — cannot be managed.