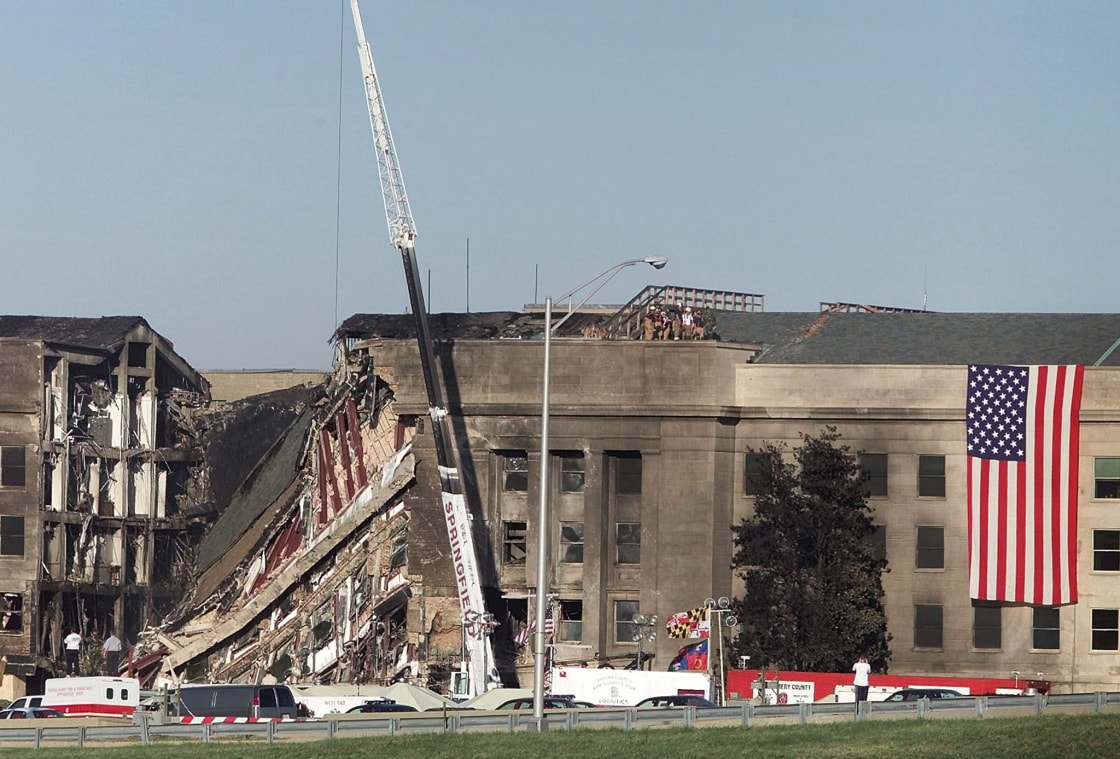 As we approach  September 11 now designated as Patriot Day, it is appropriate that we reflect upon the many sacrifices Americans have made since that beautiful morning when almost 3,000 innocent American lives were lost.

Many like me in the Pentagon were merely sitting at their desks at the beginning of a normal day at the office.  I did not know that later that morning twenty-seven of my fellow “Shipmates” would perish in the blazing inferno while I would be spared.

Others such as the passengers on United Airlines Flight 93 fought back against their hijackers and willingly gave their lives so that others may live. Of those who perished in New York City, many knew that once they voluntarily charged into the Twin Towers in an effort to save those trapped inside, they would never return to their friends and loved ones.

The attack on America on 9/11 galvanized the nation to seek justice and avenge the loss of our fellow citizens. Subsequently, we struck swiftly at the terrorists and engaged in a prolonged “Global War on Terrorism” in both Afghanistan, Syria, Iraq, and elsewhere in the middle east and northern Africa. Though we eventually brought Osama Ben Laden to justice, his death did not restore the lives of the thousands who perished on 9/11.

This did not come without a heavy human price. Thousands of our young men and women were killed or severely injured both physically and mentally in an effort that continues to this very day.  While on active duty I would frequently visit Walter Reed and see firsthand the human toll of war – both men and women crippled and without limbs or mentally scarred for life struggling to cope and make it to the next day.

In addition to losing those in uniform in armed conflict, we have lost thousands to the ravages brought by COVID-19 once it was released without mercy on our shores. We can debate the politics and policy of this pandemic, but at the end of the day no one can dispute the fact that many of our brave medical professionals died while coming to the aid of their fellow man knowing that they may perish while putting their own life on the line.

Yes, we have come a long way since September 11, 2001, as both a nation and as individuals, but the fact remains that in spite of overwhelming odds against us we have as Americans always do, met adversity head on and in the end triumphed over evil.  This victory did not come without a price –  many Americans per John 15:13 willing and without hesitation showed “No Greater love hath no man than this, that a man lay down his life for his friends.”

If we learn nothing else from the tragedies and trials of the last turbulent twenty years, it should be that life is short and there is no place in our lives for malice or hate. Please take that life’s lesson aboard.

See a video of Captain James Poplar’s remembrance of 9/11 at the Pentagon here.

Never forget and never forgotten. God bless those we lost and those still struggling with loss.