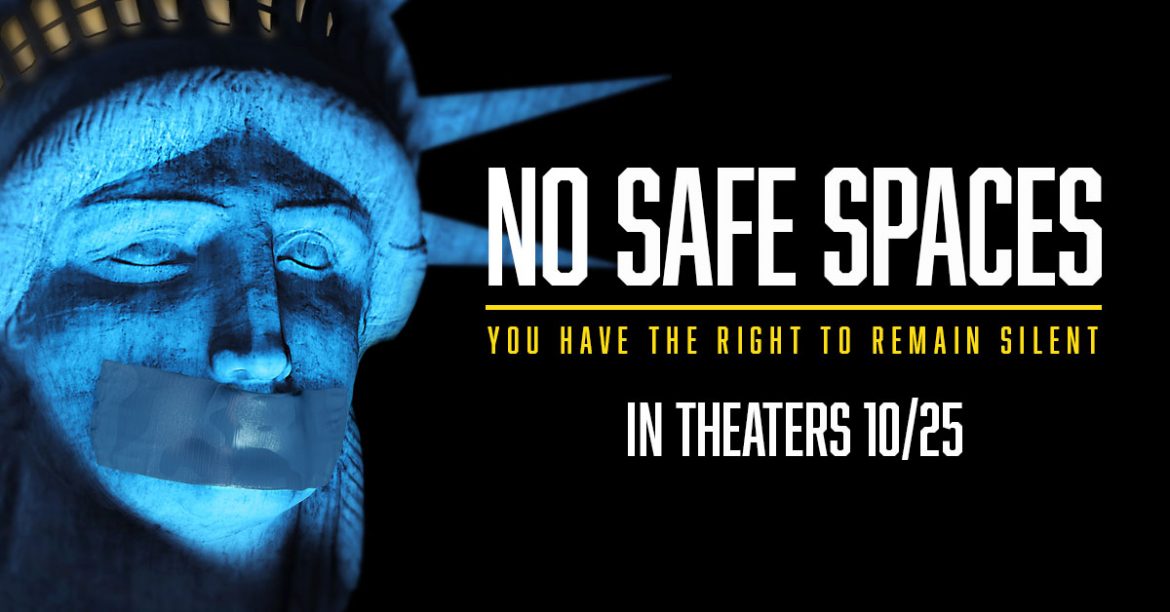 “No Safe Spaces” coming to a theater near you?

Respected author and radio show host Dennis Prager teamed with comedian/podcaster Adam Carolla to create a must-see movie, “No Safe Spaces,” about the suppression of Free Speech, especially through violence on college campi.

The movie premiered in Washington, DC, earlier this week.  You can demand that it come to a theater near you by going to the movie website and entering your zip code.  NoSafeSpaces.com

I was riveted watching the movie, as it captured chilling video of campus demonstrations against conservative speakers who had been invited to speak to students, and recounted instances of faculty who were targeted and fired for defending Free Speech.

But No Safe Spaces is about more than campus unrest and the brainwashing of frightened young adults.  It is a call to every American to understand his/her Constitutional rights, especially First Amendment rights.  It is a call to use our Freedom of Speech in a civil manner to engage (or at least attempt to engage) in conversation with people with whom we may disagree.

Dennis Prager and Adam Carolla admit they do not always see eye-to-eye.  But through their open, honest dialogues, they have formed a fast friendship with mutual respect.

“No Safe Spaces” coming to a theater near you? was last modified: November 23rd, 2019 by Guest Contributor Catharine Trauernicht