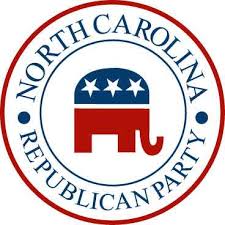 Just a heads-up.Â  When you hear that “giant sucking sound” of jobs leaving Virginia for points south, now you’ll know why.

Republican legislators in North Carolina have unveiled a plan to completely eliminate the state’s income tax, to be replaced with a consumption tax.Â  This pro-growth measure, designed to place North Carolina squarely in the same league as jobs-creating giant Texas, has the support of the state’s Republican leaders and comes on the heels of last year’s across the board cuts in corporate and personal income taxes.

By contrast, Republican leaders in Virginia, led by Gov. McDonnell, argued that the largest tax increase in the state’s history passed earlier this year was absolutely necessary for economic growth. People other than Republican leaders, such as Bill Bolling, even went so far as to argue the economic benefits of expansion of Medicaid under Obamacare, provisions for which were included in this year’s Virginia budget.

Silly me, but that sounds an awful lot like what Democrats typically say about deficit-busting entitlement programs and enterprise-crushing tax increases.

So, now we watch and wait to see the natural experiment in action. Who will have better economic growth? Which state will create more jobs and opportunities? I suppose we’re fixing to see. But Detroit-style economics (characterized by higher taxes and greater “investment” of other people’s money) has never worked wherever it has been tried. Texas economics (low taxes, less regulation) works every time.

But at least we’ll get to ride Amtrak to Roanoke.Â  We still got that going for us.