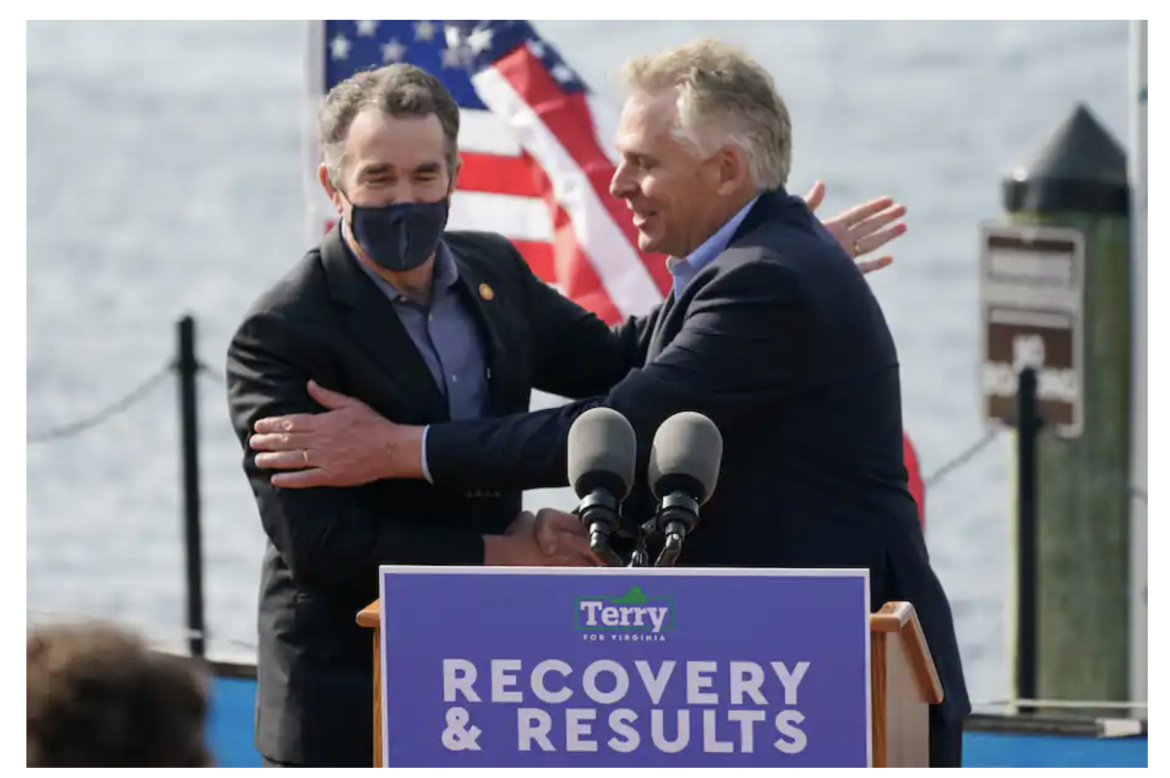 Not long ago Governor Northam said it was time for the old (White) guard in Richmond to stand aside for the next generation to take over the Democrat party. It also wasn’t long ago when Terry McAuliffe said Governor Northam should step down from the Governorship when a picture of Ralph Northam surfaced with him wearing either blackface or a KKK robe and hood. When the scandal surfaced “McAuliffe called Northam’s actions ‘racist, unacceptable & inexcusable”.

So it was something of a surprise (quoting Republican candidate for Governor Pete Snyder) when “two “newly minted woke” old white guys make a deal to cling to power for ANOTHER 4YRS – pushing a new generation of Dem leaders aside.” Northam endorsed McAuliffe for Governor and McAuliffe accepted his endorsement.

My guess is, the deal wasn’t only made for the next 4 years but the 4 years after that when McAuliffe believes he will have the opportunity to endorse Northam in a run for his second term. Northam figured McAuliffe is likely to win the nomination so he’d better jump on that bandwagon pretty darn quick and begin to curry favor.

[…] blackface while in medical school. Two years later, McAuliffe was “honored” to get the endorsement of Northam. One old white guy endorsing another old white guy, with hypocrisy reigning. That seems to be what […]