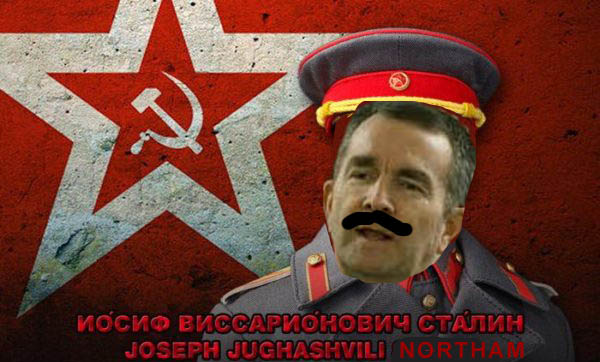 Like Joseph Stalin, Dear Leader Northam expresses sympathy for the poor and elderly and then does nothing to help them -- like folks working (and dying) in long-term care facilities from COVID 19.

Northam neglects long-term care facilities while locking down all of Virginia, releasing prisoners

He finally admits more than 22% of deaths are in ‘congregant care,’ but fails to bolster staff or PPE

The Virginia Department of Health reported Monday (April 20) that 77 of the state’s 139 outbreaks are in long-term care facilities, with 915 cases and 77 deaths.

Gov. Ralph Northam announced Monday that data on hospitalizations and deaths will be released daily by locality, which state officials had previously refused to do, but the VDH still does not list the facilities where there are outbreaks, including the 14 in the Richmond region.

I have been sensing this trend in  “congregant care” facilities for weeks now, ever since I noticed the anomaly of the high prevalence rate in James City County – population 75,000 – but with 12 deaths and 147 confirmed cases.  The first reported death in Virginia from COVID-19 was in James City County last month

However, the Peninsula Health District, which services James City County, Yorktown, Williamsburg etc.,  told the Yorktown Williamsburg newspaper  “We do not reveal the location of these cases other than the city or county in which they reside.” And the nursing homes interviewed by the reporter did not identify any deaths in their facilities on the Peninsula

So, the people of James City County and the Peninsula are being kept in the dark why their county has such a high prevalence and death rate.

But in recent weeks, Virginia media have reported some horrible stories about COVID deaths in congregant care facilities:

Canterbury Rehabilitation & Healthcare Center in Henrico County outside Richmond – 47 deaths, the highest in the U.S.

Falcons Landing, Sterling  – -a high end facility for military retirees had at least 3

Waltonwood in Ashburn – at least one in this assisted living facility, also high end.

The situation at Canterbury is the saddest.  Half the people died before being able to get to the hospital and staff quit meaning there were at times two people including the medical director — often tending to 15 people at once.

And this a facility, which by and large treats Medicaid patients – in other words, wards of the state of Virginia, and yet despite media attention for weeks, Northam’s administration has done nothing.

At Waltonwood, 20 employees walked off the job after a patient died. Hence, a number of these very poor and frail people, many with dementia, are not dying with dignity.

It is common sense that viruses are most deadly among the elderly, frail and those who live in densely populated communities.   The Centers for Disease Control and Prevention, which I believe botched the handling of this crisis, has extensive guidelines on its web site for these facilities.

And, if you are obese, have diabetes, heart diseases or respiratory illnesses, such as from smoking, you are quite vulnerable, even from regular influenza, which we know can kill 60,000 or more a year in the U.S.  More than 80 percent of New York city’s COVID deaths were people with “underlying health conditions.”

And if someone comes into a facility like this, or even a crowded elevator or bus, who is a “super spreader” it’s a serious problem (like the legendary “Typhoid Mary”).  The liberal Guardian newspaper described this phenomenon in February

It is my theory that congregant care residents got the disease from visitors or the staff who worked there and then, the disease spread to their families outside the facility.

And, who generally works in these nursing homes?  In Virginia, largely lower income Latinos and African Americans – and the data shows these population groups are being infected at disproportionate rates.  These folks are underpaid and often are part-timers.

In addition, lower income  Latinos and African Americans work in transit and other jobs where you can’t work at home and come into contact with more people.  At least 100 New York transit workers have died from COVID.

So, what did Virginia’s liberal Democrat “Dear Leader” governor do about this even as media reports surfaced about Canterbury and Waltonwood situation with staff walking off the job?   Did Northam or his administration bother to get lists of staff and visitors to track whom they were in contact with so they could get protection or shelter in place?

The answer is a resounding “no”- – except to use some of the federal stimulus money to increase the Medicaid per diem.

But overall, he has focused COVID-19 prevention on closing “non-essential businesses” to May 8, where the chance of getting coronavirus infections are much lower, or closing beaches.  He has whined and moaned like other governors about not having enough personal protective equipment (PPE) and ventilators for hospitals – completely neglecting the need for PPE for staff in congregant facilities, who have to touch and care for elderly patients.

He has shown more sympathy for prisoners facing infection, proposing to release 2,000 of them due to pressure from his Leftist base.

These congregant care facilities have had to scrounge for PPE on their own – and not getting any staffing help from the governor, who calls on health care workers to volunteer to help COVID 19 patients in hospitals, though Virginia hospitals are not stressed – it’s the nursing homes that are!

And in the Virginia Pilot April 22, we learn that 15 residents and workers at a home for mentally challenged adults have the disease  — yet another congregant care facility left to its own devices.

After the April 22 Reopen Virginia rally, Northam called the very few demonstrators who got out of their cars to protest “selfish” for allegedly violating HIS social distancing orders.

But finally, the national media is taking notice with reports that some 10,000 people – 1/5 of COVID-19 victims in the U.S. – were in congregant care facilities. President Trump and his COVID-19 task force members were questioned about this at the April 22 White House briefing and his administration now requires congregant care facilities to report deaths to the CDC, residents and their families

And, where is the CDC in all of this?   Well, they issued advisories to long-term care facilities on COVID 19 – on March 17, just as the whole COVID-19 crisis started escalating    But given the fact Virginia is 23d in the U.S. in per capital cases and 25th in deaths, Dictator Ralph Northam has neglected the very old, frail and the very low income folks who work with the elderly, whom he claims to feel for, while punishing the rest of Virginia’s businesses and employees.

[…] governors like Blackface who stretched the guidelines to kill businesses for good, while allowing state liquor stores and lottery centers to remain open and abortions to proceed.   Many states also failed to keep infection out of nursing homes – an area the […]