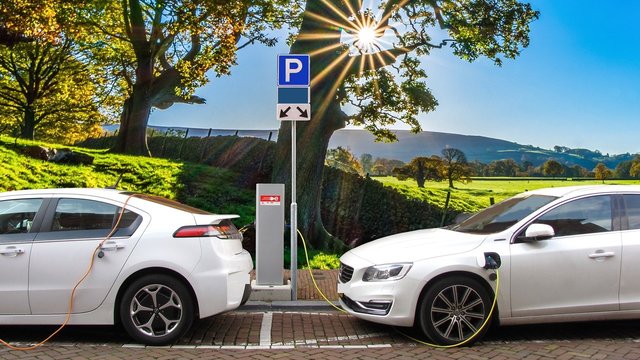 In another stellar example of his ability to further throttle the Commonwealthâ€™s economy, Governor Ralph Northam plans to increase the price of gas in Virginia by 50 cents per gallon. Part of that increase would come from higher taxes and the rest from a higher cost for the fuel itself. That is the inevitable result if, as the Governor hopes, Virginia joins the regional Transportation and Climate Initiative (TCI), which currently includes eleven states and the District of Columbia.

Former Speaker of the Virginia House of Delegates William J. Howell notes in the â€œJefferson Policy Journalâ€ that TCIâ€™s goal is to reduce carbon dioxide emissions from transportation fuels by 25 percent over the next ten years. However, to accomplish that, TCI would require that 25 percent fewer gallons of fuel be sold in 2031 than in 2022. Due to the law of supply and demand, the actual cost of fuel will go up because the state would allow less of it to be sold even though population growth will increase the demand for it. Because fuel taxes are Virginiaâ€™s main source of transportation revenue, that reduction in sales will also reduce the amount of fuel taxes collected and, therefore, would result in less money for highway construction, mass transit, and rail support.

The higher taxes wonâ€™t offset the reduction in gallons sold because the new taxes will not go to highway construction or maintenance. Most of the funds will go to setting up charging stations for electric cars, as well as building bicycle lanes and walking trails. TCI advocates do not allow for the fact that electric cars need highways, too. They also fail to mention the additional economic and ecological costs that come when the very expensive batteries in electric cars have to be replaced â€“ which must be done every few years. And the costs of construction of wind turbine and solar cell power generation equipment and sites negates most if not all of the savings created by using them as electricity producers.

The General Assembly has already imposed a carbon tax on electricity that will show up beginning next year as an increase in everyoneâ€™s electric bills. They have also mandated construction of wind and solar electricity generators.

TCI supporters admit that the initial carbon tax will add 17 cents to the price of each gallon of fuel. Yet a study commissioned by the Thomas Jefferson Institute for Public Policy â€“ of which Howell is a board member â€“ had a different group of economists look at the proposal. Their findings project that the TCI plan will increase costs per gallon of gasoline by 33 cents and for a gallon of diesel by 28 cents. Howell notes, â€œIn those areas of Virginia where the gasoline taxes doubled from June 2020 to July 2021 it almost will double again.â€

Further, the Beacon Hill Institute calculated total economic impact on Virginia. They found that this massive increase in fuel prices will affect every business that depends on transportation to move their people, supplies and products. The total cost will be very close to one billion dollars per year. Businesses will have to pass these costs on to consumers. That will cost each Virginia household nearly 700 dollars per year on average.

The tax would be collected through regional auctions where various wholesalers compete for a share of the increasingly limited supply of fuel that TCI would allow sold in the state. The disparity between the TCI estimate of the tax per gallon and the Jefferson Institute estimate comes in part because of different assumptions as to how vigorously wholesalers will bid for shares of fuel. TCIâ€™s estimates may be overly optimistic because TCI has a vested interest in convincing the General Assembly to adopt the TCI protocols.

Those who think that the costs of the TCI plan can be justified by a reduction in global warming are mistaken. The Dynamic Integrated Climate-Economy (DICE) model used by those who worry the most about climate change says that this billion-dollar hit to Virginiaâ€™s economy will lower future temperatures by an inconsequential 0.0001 degree Celsius. (Thatâ€™s less than two ten-thousandths of a degree Fahrenheit.)

The biggest losers will be low- and middle-income families in suburban and rural areas who must drive their vehicles to cover the greater distances they need to travel in order to maintain their lives.

Governor Northamâ€™s misguided fixation on passing TCI will cause Virginia to be even less attractive to businesses and to families as well. Virginia will become a worse place to live and a worse place to do business. Apparently, Ralph doesnâ€™t mind having such a horrible legacy. His focus appears to be on how much more money he can squeeze out of Virginia taxpayers. After all, during his tenure in the governorâ€™s mansion taxes have only gone up… and up… and….