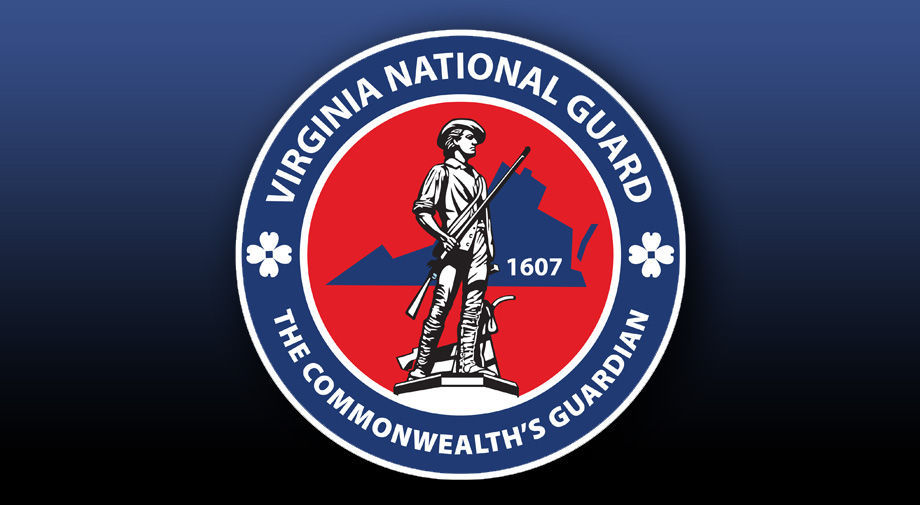 Governor Ralph Northam has ordered that a Virginia National Guard helicopter and crew return from the border until Trump has ended any policy that separates illegal families at the border.  It is very unusual for a Governor to pull back an assigned Guard mission.  From the Richmond Times-Dispatch:

“When Virginia deployed these resources to the border, we expected that they would play a role in preventing criminals, drug runners and other threats to our security from crossing into the United States — not supporting a policy of arresting families and separating children from their parents,” Northam said in a statement.

“Let me be clear — we are ready to return and contribute to the real work of keeping our nation safe. But as long as the Trump administration continues to enforce this inhumane policy, Virginia will not devote any resource to border enforcement actions that could actively or tacitly support it.”

I voted for Trump
I voted for Northam
I applaud Governor Ralph Northam for his actions.
Removing 4 troops and 1 helicopter that can’t stop as many illegal aliens as ending the illegal jobs magnet in Virginia would do.

Why did 5 Va Republican Delegates vote NO on hb1106?
Any of you want to debate the illegal employment?

Now word of “tender age” facilities each where hundreds of toddlers and babies are being institutionalized. Also read that head of ICE acknowledges that many children will never see their parents ever again. The Trump GOP is soulless.

I see you got the memo on what to write on this website. Amazing lemming unison coming from the left media and new democratic party. Might be a good idea to get the facts before you type. That would help all of us solve a problem that has been going on for several presidential terms. You can’t pick and choose what laws to enforce. Why not ask Mexico why they’re letting these people through their country to get to our border? Their immigration laws are stricter than ours. Talk about collusion!

Annie, one does not need a memo to see what is happening is morally reprehensible. This “problem” is a creation on the Trump administration and he can fix it today if he wishes. He doesn’t. He would rather hold these kids hostage.

Trump wants to fix the system, so he is enforcing laws Bush and Obama ignored. What? Executive order to return to the Obama status-quo? That doesn’t fix the problem. Have you seen the pictures from the Obama-era kids’ holding era? Look at British news, they won’t be published on any of the outlets you visit regularly. They look shockingly similar to what is happening now.

Look up “unaccompanied” in the dictionary, Annie.

Eric, do you know the word MONOPOLIZE? You need your own website.

A memo about what to write on this website? Ha ha … that’s actually funny, though it might be a good idea if coordinated with the RPV, because Democrats would most assuredly tell people not to write a word and simply encourage TBE to be TBE in every way, shape and form.

As they say in the swamp, when your opponent is crumbling they do not need your assistance.

I continue to shake my head in wonder and wish for a stronger RPV. A competition for the affection of the middle might prove helpful to the average Virginian, but this is a wagon train over the edge.

Democrats hope for this to continue through to the mid-terms, after which they will take control of every committee and drive an impeachment agenda. Count on it. Only a Republican reversal-of-course holds promise for retaining the House, and that isn’t on the agenda here, or at what you call the “new democratic party.”

Of course you do. Your concern is noted.

Rocinante, stop acting as if you are in any position here to declare anyone else’s concern as “noted” or the subject of snarky remarks like “Of course you do.”

There is no moderator badge next to your screen name.

You speak for yourself — and perhaps other confederate flag wavers, all of whom distress the more rational elements of the Republican Party. Note that while you are burning down the house and driving people away from the party.

When did this procedure start? How long has this been going on???

Shall we explore this current wave of immigration realistically for a moment? This wave started years ago when Obama promulgated that DACA crap with the idea that they would avoid deporting FUTURE DEMOCRATS by claiming that they didn’t have resources to remove all the hordes of illegals we have… And thus they were going to create a legislative amnesty for the so called DREAMERs… now that set off a wave of immigration because the poor folks of Central America aren’t stupid… they saw what Obama was doing. Thus those celebrated photos of the chlidren on the kennel floor were taken… IN the Obama years! But not to worry, that kennel was temporary.. Those kids were reunited with their Momma in Arlington. That’s right Virginia… you have a huge horde of illegal immigrants. Obama told his DHS not to prosecute Momma… she could apply for DACA based on the kids that she reunited with..

Now let’s follow the logical conclusion here. The Democrats and the @##holes at Bearing Drift… looking at you former chair of the RPV have absolutely no criteria to send anyone back to their country… Everyone is a dreamer escaping the violence of…. this or that shthole.

Not spare me the bull about how they are going to drive our economy. The average IQ of the places were our immigration comes from en masse isn’t going to be doing much buy mowing lawns, being maids and putting up drywall. That means welfare, dear boys and girls in the GOPe… not to mention the cost of education for these dreamers… that is 11,000 per year in Fairfax where the school system is drowning in budget debt.

So… listen… if you are a conservative, you are not for an open border.

The Bearing Drift Drive out the Nativist Boy and his good bud Tucker from your website applaud this action. They aren’t afraid of no hordes of illegal immigrants. And these two schmucks love to spend your money for Medicaid, education, WIC, etc for the natural conservatives that are walking across the border. Don’t wanna be racist and have a border now do we?

When criminal mothers (take that any way you like) are arrested, their kids are temporarily taken from them and sheltered/supported by local authorities until the initial charges are resolved. They are not thrown onto the streets. When illegal aliens come across our border, they are treated the same way for the same reason. This whole manufactured crisis is so stupid only Democrats would think to pursue it.

If illegals don’t want to be separated from their children, don’t:
– enter the US illegally
– give them to strangers to smuggle them into the US

What does it say about their countries of origin for all these millions of THEIR citizens to leave in the first place? Great job, Mexico, Guatemala, El Salvador, Nicaragua, and the rest of the world’s s—hole countries.

The democrats will not help solve this with votes in Congress. They want a “crisis” for November…now who cares about the kids? Not the democrats if they let this continue until then.

All Trump has to do is reverse his policy. He can do it tomorrow and there will be no “crisis” in November. He doesn’t need Democrats at all.

This has been going on for decades. The only reason its in the news – and in amazing unison- is to distract from the IG report and the obvious politicization of the FBI and DOJ.. The kids who are held at the border are in better living conditions than 13 million American children.

Wow, so you have no problem is Officer Picket takes your kids (or grandkids) away the next time you step out of line. They will be living better than 13 Million Americans. The contortions of the Trump GOP are astounding. Defend the morally indefensible.

No reversal.
Phase in E-Verify (1099)
Included.
End Employee Misclassification (GAO Study)
Build the wall.
Only end the separation policy after above is implemented and deport all future illegal boarder crossers to the County of Citizenship.

Sorry we do not take kids away from parents for speeding tickets. If you think this is in anyway justified then you are simply a horrible person. Period.

He comes armed with the talking points.

All a distraction to take us away from the IG report and the utterly shocking politicization and abuse of the FBI and DOJ under Obama.

Yes, Trump created a distraction from the IG report!! Lol!!

Agreed: They should’ve prosecuted HRC for hiding emails while SoS. She is and was guilty, guilty, guilty and could’ve, should’ve been locked up. That ship has sailed and furthermore she will never be POTUS. Over.

Will you write the same about Trump Foundation abuse of non-profit status? Provable collusion with Russians? Etc.

Besides, these upcoming elections are local/state, and here Jeanine and others are spot on: Corey drags down the ticket in ways that increase the likelihood of post-Fall politics focusing on impeachments.

Umm, look it up. A misdemeanor offense resulting in. $50-$250 fine. That’s it. Analogous to going 17 miles over the limit in VA. Not even as bad as reckless driving. Not worthy of taking your kids away.

Unless you choose to continue to drive them off of a pier or into a wall.

So you equate willfully breaking immigration law with a speeding ticket?

Criminal endangerment is a nothing to you? Thank God you will never be a parent or guardian!

Take a look in the mirror pal, you’re projecting horrible.

Not surprising that democrats support human trafficking and child slavery under the guise of “its for the children”. My challenge is simple: when adults show up with kids in tow how do you know what the relationship actually is. This entire situation starts with illegal border crossing and quickly morphs into questions about other crimes and relationships. The kids are pawns – and democrats as well as RINOs want to hide the potential horrors of leaving kids with unknown adults.

come on….don’t you know the ends justify the means?