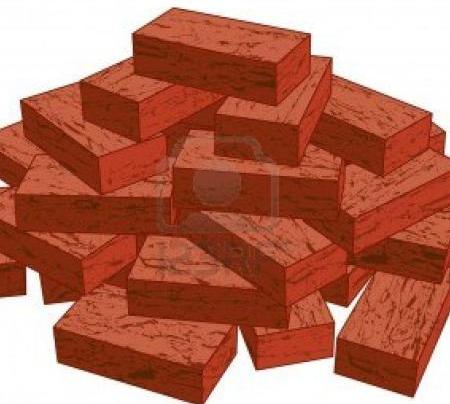 Northam: Take the Bricks Off the Life Rafts

My first post in two weeks. What the heck, I should join the parade and give a bunch of advice to our beleaguered Governor which he is likely to ignore.  This first appeared today in the Fredericksburg Free Lance-Star. It has one of those annoying “take a survey” paywalls, but in this case asks a question we should all answer. Try it.

The assumptions underlying the most contentious debates of the 2020 General Assembly session are gone. Sixty days ago, activists were arguing that this was a rising economy and state government should mandate raising workers to a higher level.

This is a now sinking economy, and the General Assembly’s actions have piled bricks on the life rafts that workers in the commonwealth will need to survive.

The priority now is containing the spread of this respiratory virus, but soon it becomes reviving an economy that has come to a near stop. Nobody knows when or where unemployment will peak, but this is starting to look more like 1929 than 2009.

Gov. Ralph Northam’s lasting legacy will not be his response to the virus, but the speed of the following recovery.

There are bills on the governor’s desk which will be standing in the way of that, bills which will tie weights to employers just as they try to sprint again. But these bills can still be amended or delayed. There is still time to veto them or add clauses to delay their effect.

It truly will matter whether employers have to budget to pay $7.25 an hour for the lowest-skill jobs or $9.50 per hour, the new minimum wage as of January 1, 2021. With payroll taxes, that will add $5,000 annually to the cost of each position. The higher the payroll costs involved, the fewer the number of people hired back and the slower they are hired. Payroll costs will already be inflated by higher unemployment tax rates, and the businesses may be struggling with debt.

A one-year delay in the minimum wage hike, at least, should be considered. More people will be working in January and July of 2021 if that happens.

More people will also be working if the governor vetoes or delays the new mandate for project labor agreements and the new mandate to pay union-driven prevailing wages on state and local construction projects. Studies have shown that such proposals raise project costs by 20%. The unions ask for them for that very reason.

Capital spending, when it resumes, will be essential to recovery. Putting more people back to work is more important than paying a smaller subset of workers substantially higher wages.

When state and local governments are repairing their own operations, they too will look hard at the impact of the minimum wage, the cost of union labor rates on construction projects, and may grow leery of another idea sitting on Northam’s desk: unionizing their own workforces.

With great fanfare, the General Assembly authorized all counties to tax prepared meals, if they don’t already. The foolishness of doing that to an industry now truly in a depression is obvious.

In fact, all of the local option taxing authority granted in the 2020 legislation should be delayed – including the taxes on transient occupancy, on tobacco products or on entertainment venues (theater admissions.) Just like restaurants, travel and entertainment will need all the help they can get coming back.

Any effort to raise any tax in the next year would impede the coming recovery, including the new carbon taxes in the energy omnibus bill. The one exception to that might be the coming statewide tax increases on motor fuels, but only if the governor is sure that the state will have active construction and maintenance spending over the summer and fall.

If those contractors are all hunkered down and staying home, if contracts are not being let, then the gas tax increases should also be delayed until activity resumes.

Again, there will be more transportation construction jobs created by those taxes if project labor agreements and prevailing wage requirements are removed.

Several bills raised other taxes (transportation and otherwise) for use by local transit operations. With the recession, and perhaps due to health concerns, those operations are slowed and may even cease for a while. Transit-related tax increases can wait a year.

Sixty days ago, we worried that these bills would lower future economic growth. Now they may prevent growth from reviving.

Northam has one final chance to take a step back, to put economic recovery ahead of satisfying political allies, and to keep Virginia among the first rank of choice locations for new investments.