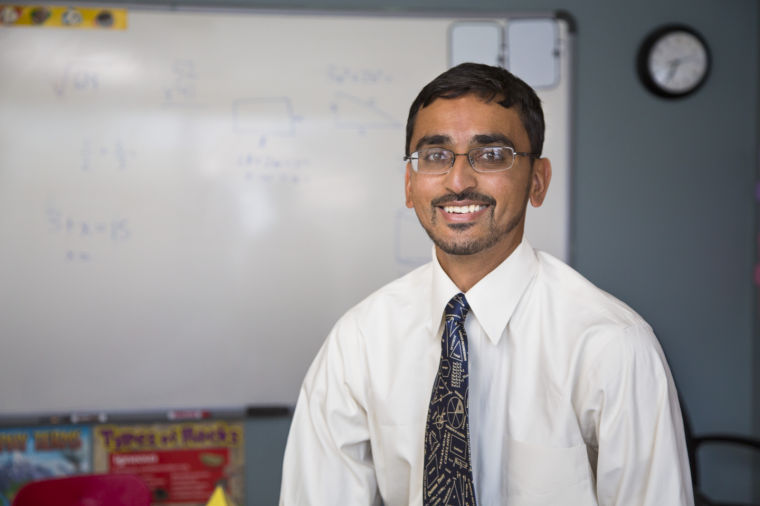 Governor-elect Ralph Northam has chosen a Prince William County civics teacher, and former candidate for the House of Delegates and State Senate, to be education secretary for the Commonwealth. Atif Qarni is a military veteran, son of Pakistan immigrants, and a Muslim.

In his announcement Northam said:

“If we want to build an economy that works better for every family, no matter who you are, no matter where you live, we must begin with the foundation of a world-class education,” Northam said in a prepared statement. “We can accomplish it if we support our educators and school support professionals, uphold accountability, invest in and expand STEAM curriculum, and make early childhood education a priority.”

(Why do Democrats always want to spend more money on pre-K education when it’s never been shown to help children succeed? It’s all a wash by third grade.)

Qarni previously ran for the House of Delegates 13th district in 2013 and ran again in 2015 for state senate.  He felt he did not get the backing from his party that he should have received.  From an opinion piece Qarni wrote in the Washington Post he said:

I was invited to meet with the legislature’s key Democratic leaders and told I needed to drop out of the race because a Muslim would never win. I was told Republicans would use my religion against me and make my life miserable. Several Democratic Party members also told me that my wife’s headscarf would be a problem with voters, as would my beard, which I maintain for vanity, not religious purposes. I was told Richmond is black and white, not brown…..

In retrospect, I was a bit naive and possibly too idealistic. The same group of legislators who tried to persuade me to drop out of the race found a candidate they deemed better suited for the job. Not coincidentally, the candidate was a white Christian male. (Jeremy McPike)

Virginia Democrats claim to fight for ethics reform, represent working-class people and lead a big-tent party, yet they groom and recruit mostly white, Christian, male candidates. A party that prides itself on being inclusive can be very exclusive.