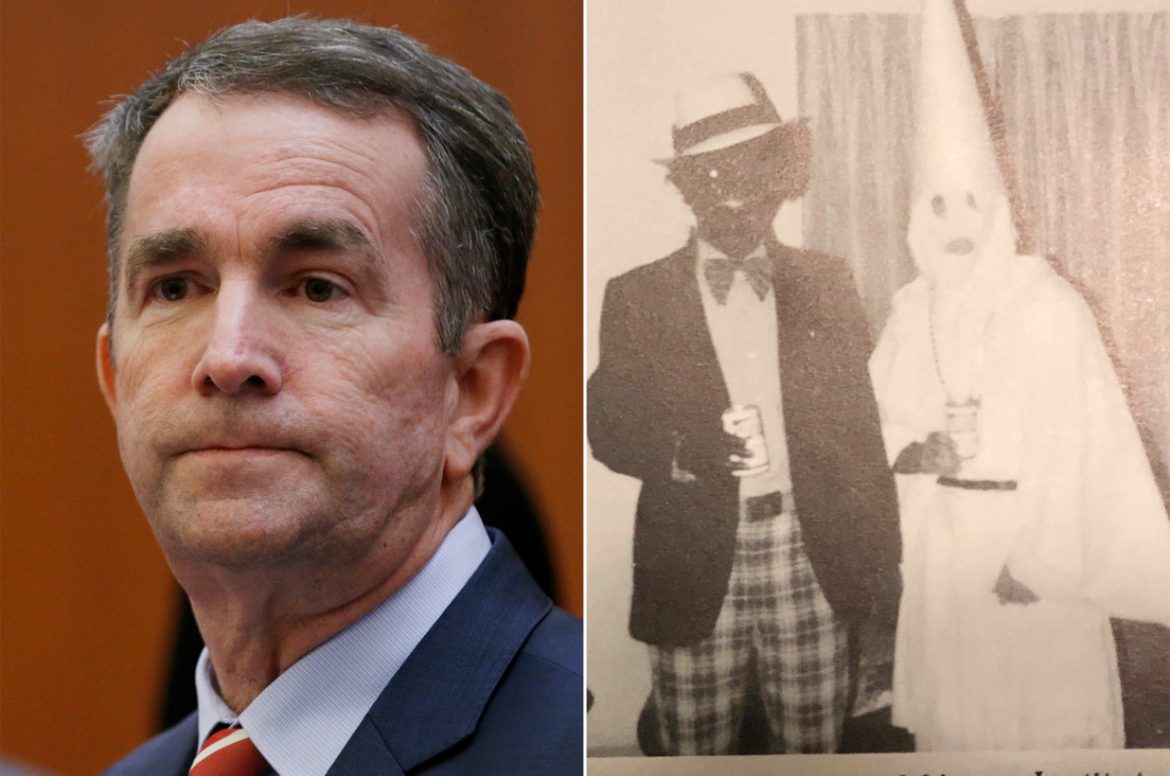 Ralph Northam as Governor and in Blackface in medical school (source: NY Post)

According to the Richmond Times-Dispatch, unless General Assembly Republicans drop their objections to extending the session that begins this week, from 30 days to 45 days, Governor Northam will extend it on his own.

“To say you can come in and do the work of the people in 30 days is just not realistic,” the governor said, vowing to extend the legislative gathering by 15 or 16 days through a special session, unless state Republicans drop their opposition to formally extending the session.

“If they want to come in here and say, ‘We want to do it in 30 days,’ then I have the means and the plans to make it 45 days,” Northam said. “I’ve had discussions with the leadership, and they know I’m not gonna sit back and collect dust for the last year I have.”

Ralph Northam may be a lame duck but he’s not going to act like one. He’s going to try to keep building his legacy for when he runs again for Governor in 4 years, or some other higher office.