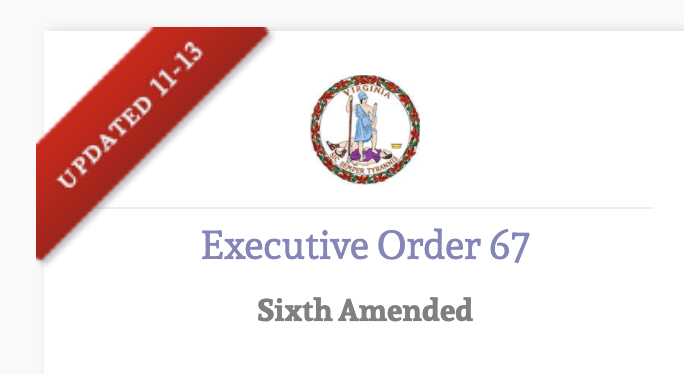 On November 13, 2020, Governor Northam issued one of his most recent proclamations regarding COVID claiming he has the right, without consulting the General Assembly, to criminally charge Virginians for having any event in their private homes where there are more than 25 persons present.  This Executive Order will allegedly take effect on November 15, 2020.

Here is what the Executive Order states in paragraph B(1): â€œAll public and private in-person gatherings of more than 25 individuals are prohibited.â€

There are so many things wrong with this development that I donâ€™t know where to begin.

But I will begin at the beginning as my Irish Nana used to say. I always wear a mask in public if for no other reason than to put other people at ease. It’s such a slight imposition I don’t see why other people adamantly refuse to wear a mask.

Virginia Code Â§ 44-146.17 which theoretically grants Governor Northam the sweeping powers to issue such unilateral proclamations is an obvious violation of the General Assembly’s duties under the Virginia State Constitution to not delegate its powers to the Governor.

To my knowledge no one even looked at the issue of the confines of Â§ 44-146.17 during the never-ending Special Session which finally concluded recently.

This limit on in-person gatherings is unenforceable and I will represent free of charge any person charged with a misdemeanor for violating it no matter where they are located in the Commonwealth of Virginia.