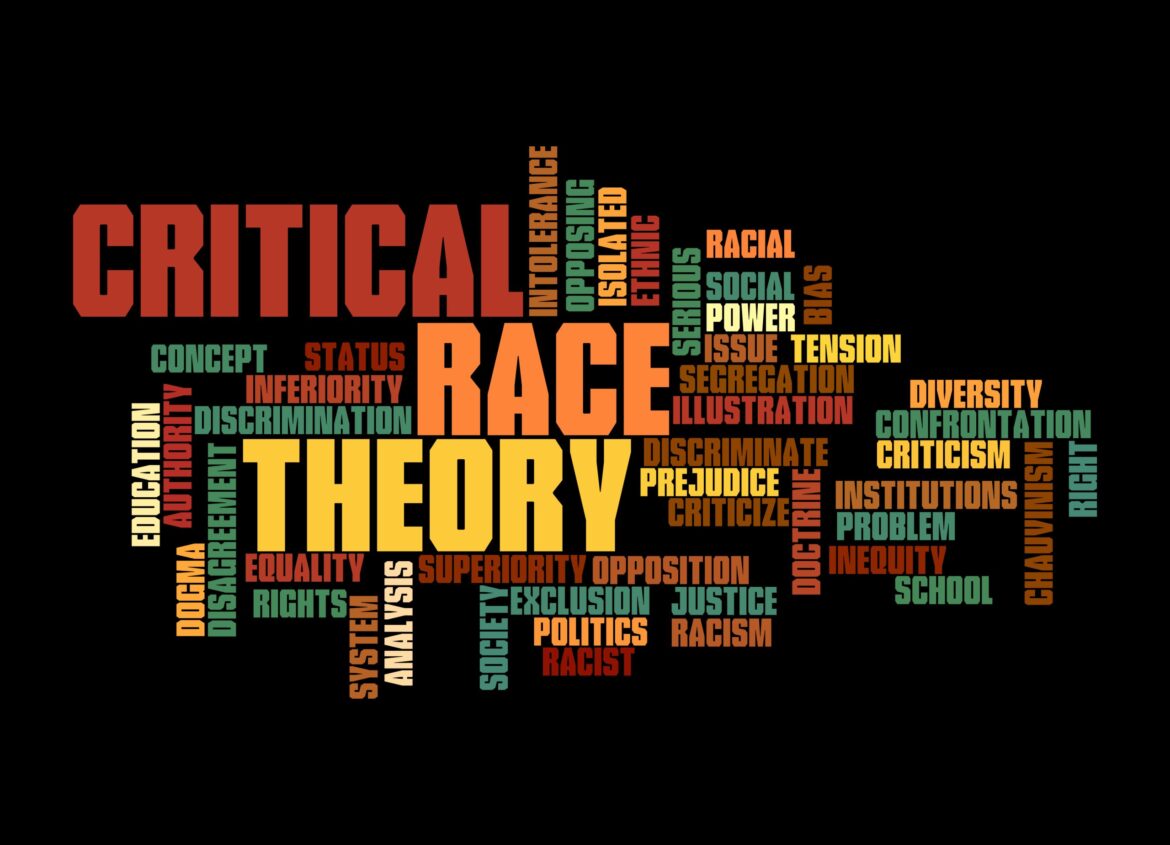 Northern Arizona U. to require four diversity courses to graduate, all rooted in ‘critical theory’

Schools are making it harder to focus on academic subjects such as economics, history, math, and science, by forcing students to waste time taking classes that indoctrinate them in left-wing ideology, such as “critical theory” or critical race theory.

The College Fix reports on a recent example. Northern Arizona University will soon require students to take four diversity, equity and inclusion courses rooted in “critical theory” to graduate. The requirement will go into effect in 2024 at NAU, which has 29,000 students:

“The four diversity courses must come from the categories of “global diversity,” “indigenous peoples,” “intersectional identities,” and “U.S. ethnic diversity,” according to an internal memo from campus administrators. The 12 credits of diversity requirements were approved in October 2021 as part of the university’s updated General Studies Program…“These Diversity Perspectives courses must … embrace the philosophical underpinning of identity politics,” reported John Sailor, a research associate at the National Association of Scholars. “According to notes from the university’s Liberal Studies Committee, foreign language courses fail to qualify for diversity designation. Why? ‘Because they do not incorporate critical theory which the [Diversity Curriculum Committee] expects of the courses it approves.’”

The course requirements are the implementation of a Diversity Strategic Plan drafted in Fall 2020 which “??focuses and prioritizes the university’s attention and resources around diversity, inclusion, and a culturally competent environment for all.” While the plan called for an increase of 20 percent of students taking DEI courses, the General Studies requirements approved by the Arizona Board of Regents on October 1, 2021 apply to all students.

Arizona taxpayers’ state funding for Northern Arizona University comes in at more than $132 million annually. Matt Beienburg, director of education policy at the Goldwater Institute, told The College Fix via email that “Unfortunately, DEI programming appears to be crowding out more scholarly and civic-minded content throughout higher education around the country, including in Arizona.”

Critical theory and critical race theory are also proliferating in K-12 schools. The Minneapolis and St. Paul Public Schools in Minnesota have adopted Ethnic Studies requirements as a high-school graduation requirement. “Less than half of high school students in St. Paul Public Schools (SPPS) are proficient in math or reading but” soon all of them “will be required to take a Critical Ethnic Studies (CES) course before they can graduate,” reports the Center of the American Experiment. “Course concepts will include: identity, intersectionality, race, dominant/counter narratives, racism, white supremacy, racial equity, oppression, systemic oppression, resistance and resilience, social/youth-led movements, civic engagement, hope and healing, and transformation and change.”

The St. Paul schools also cite the protocol “Courageous Conversation” as part of Critical Ethnic Studies. That CRT-influenced protocol has “guided school districts to deem traits such as the ability to plan ahead and ’emphasizing individualism as opposed to a more collective ideology’ as attributes of ‘whiteness.’” Schools have also disparaged individualism and planning ahead as signs of “cultural racism,” under its baneful influence.

Seattle Public Schools noted that its “Black Studies” class includes critical race theory. “Critical Race Theory” is also “explicitly included in a course at Ballard High School in Seattle,” reports the conservative Washington Examiner. Seattle is reportedly injecting critical race theory into its curriculum, including a mandatory Black Studies course “that will be required for graduation from Seattle Public Schools.”“Minnesota’s proposed new social studies standards” would mandate “Ethnic Studies” embedded with concepts found in critical race theory, according to the Center of the American Experiment. Police have existed since the ancient Sumerian civilization, thousands of years ago. They did not originate with slave patrols, and organized U.S. police forces began in the northeast, not the slaveholding south. But Minnesota is apparently preparing to teach students the false claim that policing began with slave patrols.

This is teach your kids to HATE YOU, THISE TEACHES YOUR MORONS TO BE COMMUNIST YOU IDIOTS! THEY WILL HATE YOU THE PARENT, AND LOVE THE STATE , THE STATE WILL BE MOMMY PROVIDING THESE COMMUNIST MORONS LIVE LONG ENOUGH. MOST OF THESE STUPID A**ES TOOK THE JAB THANK GOD. LOOK UP CHARLOTTE ISERBYT “ DELIBERATE DUMBING DOWN AMERICA”

Defund NAU! They do more harm then not.

Reply
The Marxism Of Our Educational Institutions Is Pure Cancer And It Has To Be Eradicated | Clifford Ribner July 20, 2022 at 2:50 pm

It’s not that hard, don’t send your kids there if you don’t like the curriculum. Free market, free will and all that other supposedly conservative stuff.

I know I know, gub’ment funding and all that but if nobody goes……eventually they will figure it out. No one is forcing students to go there.

Then you cannot go to college. Except Liberty and Hillsdale College. They are all woke to the max. The faculty is 99 percent liberal… or maybe 90 and the other 10 percent toe the line and shut up. So there is no free market is there? Like there is no free market in most things… left in this sinking shithole of a country. In 2008 this so called free market country bailed out Wall St to the tune of 1 trillion dollars… Is that a “free” market? The Academic Complex is just another state run monopoly…. indoctrinating people in the black grievance industry… another state run affair.

Then don’t go if it’s that bad. Seems fairly simple. Same as if it really is a “sinking shithole of a country”. Find one that suits you better is always an option. Or, just bitch and whine. There’s that.

Plenty of white, tight-assed, “conservative” colleges out there

All Federal Funding must be cut off to this school.

Just drug test the faculty and the problem will be solved.

Who paid for the slave patrols? Apparently you don’t know. The “slave catchers” as they were called were bounty hunters whose services were paid for by slave owners mainly in the south. You should look up their history.

They were two different things, guys !

Of course. However, his linkage of the 2nd amendment to slavery is not just wrong but bizarre. The slave patrols and the slave catchers were not police or militias, they were groups of people paid in a variety of ways to provide a particular service. Some had ties to militias but were not militias in the sense that is used in the 2nd amendment. It bugs me that arguments like this try to link everything negative to the 2nd amendment and facts don’t matter one bit – this slavery connection is just a bogus argument. Militias have an English origin and likely a lot further back in history under a variety of names. The early colonists of America considered the militias an important social institution, necessary to provide defense and public safety.

The REAL definition of “woke”: People who did not sleep through history and science classes.

You know — history and science — neither of which is required of optometrists.

Awake not woke. The woke aren’t awake, they are in a nightmare state.

“Virginians for America First” sponsored the “Reawaken America” tour featuring Mike Flynn, Roger Stone, Sidney Powell and a host of nutballs, wackjobs, liars, and general degenerates. The rally was at the “Rock Church” in Virginia Beach.

The pastor of that church is one “Reverend” John Blanchard. Blanchard is currently under indictment for solicitation of a minor for sexual purposes. I never ceased to be amazed at that trash that has accumulated and that is welcomed into the Grand Old Pervert party.

You found one. I found an entire political party – democrats.

Rachel Big Dick Levine, Clown Admiral in the Biden Administration’s HHS says that children should be empowered to get sex change operations and hormones… There is your pervert asshole.. only with a government position. You Democrats shouldn’t be talking about perversions… you wallow in it.

“The tracking down of slaves was a relatively minor issue.” Nonsense. Of course, we should expect such comments because they don’t require a knowledge of history to become an Optometrist (NOT an ophthalmologist, who is a Medical Doctor).

IN FACT — in the slave-holding states, the militias were actually slave patrols, not military units intended to defend the state against foreign invasion. The slave patrols were exactly what their name implied: Organized, armed thugs who patrolled roads, highways, waterways, byway, to capture runaway slaves and to generally terrorize the enslaved population.

The Constitution gave the federal government the power to maintain a navy and to establish an army. Southern states were very concerned that the federal army would negate the need for their slave patrols, so, they insisted on inserting the second amendment into the Bill of Rights, thereby protecting their slave patrols. And thus was born the Sacred Second Amendment.

Except for the word FACT, it is an interesting story. So per your story, protecting a Southern city or town was much less important than keeping slaves in check. Of course, those 3776 black slave owners weren’t at all interested in keeping their over 12000 slaves in check because no black slave would ever run away from their black master. Then of course in total ignorance of the Indian, French and British wars, the second amendment isn’t about defending the country but about suppressing those pesky slaves in the north and south. What college did you go to. I would like to avoid sending any kid to it.

What do they call it there?

Democrats will simply change the words to hide the truth. I wait for the new terminology but think the liars of the left probably doesn’t fit. They like to be perceived as heroic than the skunks that they are. Hey, Hoow about Democrat Disinformation Theory or DDT for short.

If you are going to send your precious child to college, you need to really dig into what you are getting for your investment.

In the early days of colonial America, there were no police – just community volunteers and individuals hired by the wealthy to protect themselves. Eventually, the situation demanded that a professional hired police force be created. Nothing to do with slaves but general town safety and security. The tracking down of slaves was a relatively minor issue.