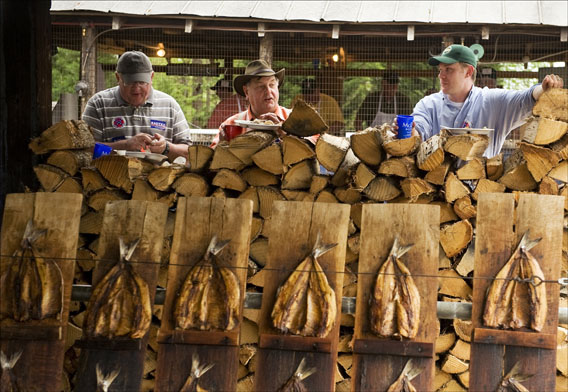 Not Your Father’s Shad Planking

Things have changed in Wakefield at the annual political ritual known as The Shad Planking. In the 1930’s, when the planking ritual began, only men and Democrats, attended.  They spent a Wednesday in mid-April on the James River in Isle of White county, eating the oily shad fish and drinking beer.  In 1949 the Wakefield Ruritan Club took over the event and moved it to the Piney Woods of Wakefield.  It was there, every year the Democrats decided who Virginia’s next Governor would be. Today the shad is still planked and placed before a fire 120 feet long to smoke for hours. More on the history and more photos here, in a great Magazine, Garden and Guns. 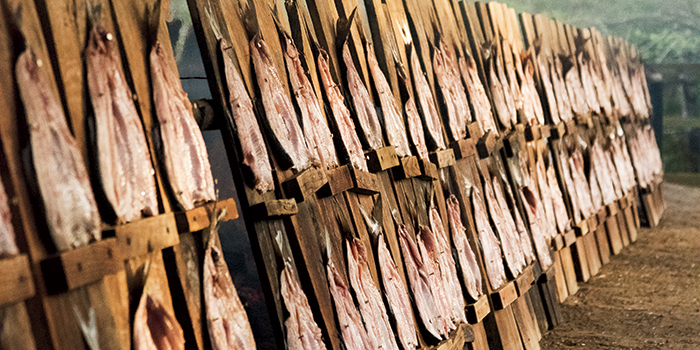 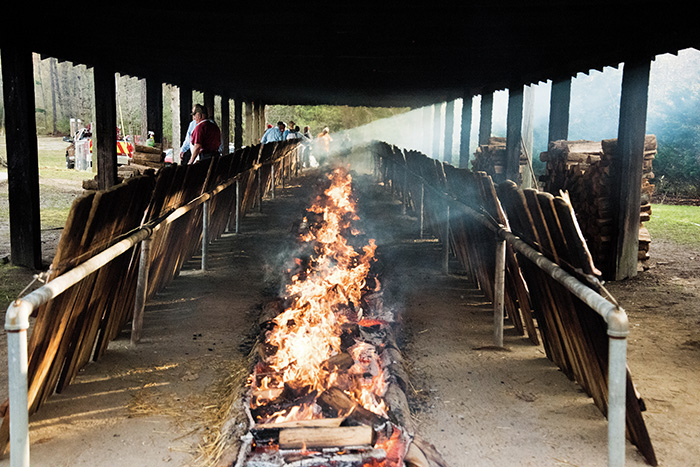 So what has changed?  Since the 1980’s women and Republicans have also attended the planking.  The annual planking was held yesterday, Friday the 22nd.  Right off the bat, you know something’s different.  The planking has always been held on a Wednesday.  Even more shocking, they’ve changed the name to, “The Shad Planking Grapes and Grains Festival”.  Those who were fortunate enough to attend yesterday’s event were offered free alcohol from Virginia’s distilleries and free wine from some of our excellent wineries.  There were other changes, instead of the folks from the nearby Virginia Diner providing side dishes, fried fish, and my favorite, shad roe, they had food trucks surrounding the event.  Food trucks and no shad roe or great potato salad!  SMH  Even Virginia traditions as important the Shad Planking have gone to the dogs.

What hasn’t changed at the planking is the speechifying. On Friday there were 19 speakers before a sparse crowd in the rain of only 1,500 people, not the 4,000 that can be expected next year when Virginia will elect a Governor, Lt. Governor, Attorney General and the House of Delegates. That’s always the big year at the Planking but without Shad Roe and Virginia Diner potato salad, who would care?  Oh yeah, we get free booze. That should help drive the millennial crowd to Wakefield, or so they believe.

Not Your Father’s Shad Planking was last modified: April 23rd, 2016 by Jeanine Martin

One pays $25 for a ticket to get in, you would think you would get a decent lunch/dinner. Nope! Then you have to pay more for food from the food trucks. The whole thing is now a rip-off.

I haven’t been in a long time but would really like to go next year, if we can.

The Carolina BBQ stand near the stage had really good food… I skipped the shad and had the piggie. Also, I cannot recommend the Copper Fox rye and bourbon that I tried highly enough. Who knew Virginia produced such excellent whiskey?

I like tradition, but free booze is maybe a change I could embrace.

We stopped at Virginia Diner for a late lunch after leaving. Love that place.