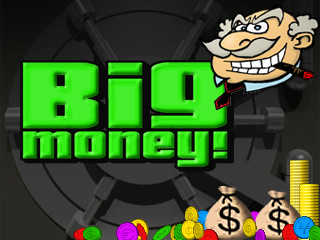 It’s not JUST about the Benjamins

Blaming it on conventions is, frankly, dishonest.

Ignoring the RPV’s federal account (which is reported to the FEC, not VPAP), is a wilful misrepresentation of the facts, and of the financial standing of the RPV.

Proposing that primaries – using TAXPAYER dollars – are a solution to our internal fiscal troubles is, at its core, a betrayal of the fundamental principle of “fiscal responsibility and budgetary restraint” of the Virginia Republican Creed.

Do we need to raise money? absolutely. Have conventions provided the best way for the party to raise funds? Yes, historically, they have been the biggest money maker for the party.

…but this post isn’t about Conventions vs Primaries. Here’s what I have to say on that topic.

However, the bigger fallacy with the 8th Congressional District State Central VCN Slate’s position is the presumption that big-ticket fundraisers and deep-pocket big donors will make us solvent.

Sure, it might bring us some dollars in the short term. But at what price? Our soul, our essence, and our integrity, and our ultimate death spiral.

The Republican Party of Virginia cannot afford to be beholden to special interests, to access donors who are investing in candidates and parties for their own ends, no matter how sympatico they might be. We need grassroots support — as Chairman Whitbeck explained throughout his campaign to turn RPV’s financial column from red to black: we need small dollar contributions, we need the buy-in of all the Republicans around the state.

Now let’s talk about how we get there.

By changing almost everything.

Ladies and gentlemen, the statements above are the danger that lies ahead. Our core, our voters, and our donors don’t perceive RPV itself, or our candidates as a viable investment. As a business owner and a business advisor, that’s a dangerous sign: we aren’t selling what our grassroots need. And as long as we’re a party swinging in the wind, bowing to the biggest name that comes calling, we lose. We need a message, we need a reason for people to invest their time, their efforts, and their vote.

No amount of money is going to buy vision.

No number of fancy fundraising events will reanimate a corpse.

So let’s focus on what’s important (and no, regardless of the actions of some of the senior party leaders, bashing other Republicans is NOT an official part of the Party plan, I was somewhat surprised to discover).

Let’s go back to the Creed, let’s stop trying to be everything to everyone. Let’s re-embrace the principles that once made the Republican Party great. Let’s coalesce around a message that will resonate NOT just within our unit meetings and VFRW clubs and mutual commiseration societies that reminisce about the halcyon days of the Reagan administration. Those days are gone.

The days of doing business as if it’s 1985 are also long behind us.

What is our message? where is our leadership? If we cannot answer those questions, we deserve to lose, and will continue to do so.

I am running for a seat on the State Central Committee because I am not afraid of leading change, of taking on challenges — in fact, I see it as the only way to survive and thrive. Are you ready to make the Republican Party of Virginia successful? I recommend that you start by voting for Robert Kenyon, Paul Blumstein, and Anna Urman for State Central Committee from Virginia’s 8th Congressional District.

It’s not JUST about the Benjamins was last modified: May 6th, 2016 by Guest Contributor Anna Urman

Why I don’t give anymore? The party line says one thing and when in office it is no different than a democrat.

Maybe if the party were to hold elected candidates accountable rather than relying on voters to throw them out each election cycle you’d find the coffers filling up again.

What does it say when candidates sign a pledge to support the winner, and then refuse? And then they want money? No.