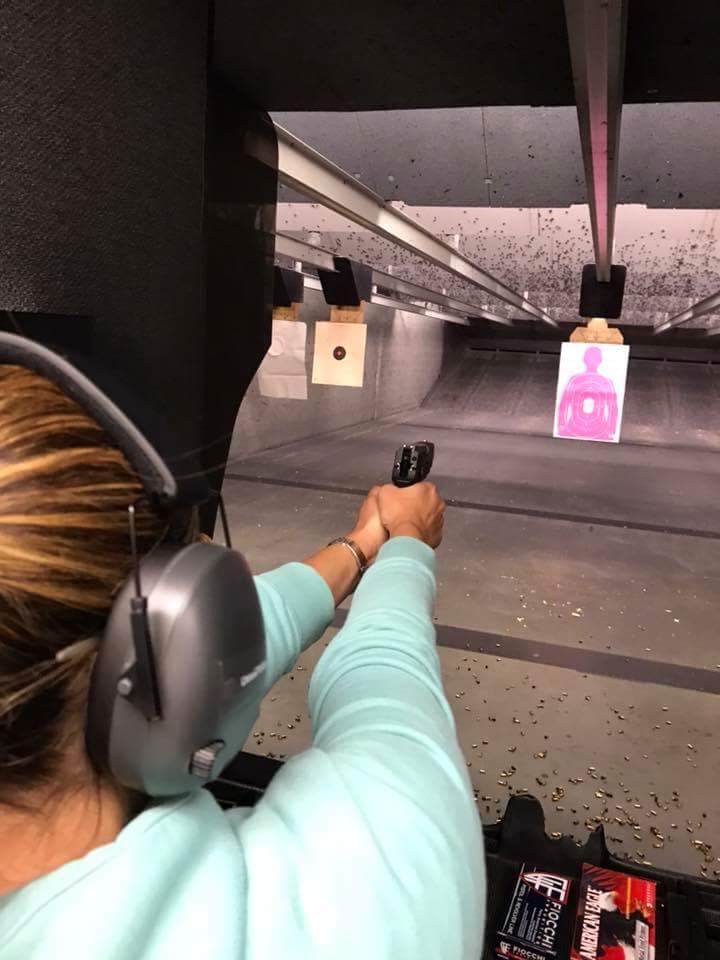 I find it interesting that shortly after a horrific mass shooting, one of the greatest sexual assault scandals comes out in Hollywood. And when the great equalizer has been demonized by evil acts of evil people, victims of sexual assault don’t consider this as a viable option for preservation of life and liberty.

If you’re no stranger to social media, you’ll see that over the past week #MeToo has been trending to bring awareness of all the women that have been victims of sexual assault. These postings show the incredible bravery of women willing to share a very personal violation they have experienced to bring awareness. But we need more than awareness, we need solutions. And we need a solution that empowers women to prevent such heinous acts from being committed against them.

Here’s the thing, we immediately scream out for gun control when a horrible act like Las Vegas occurs, but we do nothing to educate on guns for the personal preservation of life, liberty, and property. As I saw more and more women posting #MeToo, I became more and more infuriated with what some disgusting men are willing to do to the innocent. So the following is my proposal to all gun owners, and I hope you will extend it to everyone: #NotAnymore.

Find an existing or potential victim of sexual assault and offer to take them to a gun range and help them to eradicate any preconceived notions on responsible gun ownership. Show them not just how to shoot, but how guns work as a tool, necessary safety procedures, and how this tool can be used to save their life. Show them that this tool is not some scary concept that arbitrarily kills when in the hands of good people. This information could save their life.

Send out the hashtag #NotAnymore, showing that you stand with victims of sexual assault and are willing to educate and empower them on how to defend themselves.

Guns help women protect themselves, if you don’t count all the women who are victims of suicide or domestic violence.

If they weren’t far more likely to be used in the commission of domestic violence rather than in defense against it.

You can say the same for knives. What’s your point? I would rather educate those to make the decision for themselves and educating is more than just how to shoot, but also safety, laws, proper defense.

You can say it, but it would be a red herring, because knives are so much less deadly.

Education is a great idea! If only we had a national organization dedicated to gun education and safety. I feel like I’ve heard of such a group, but it hasn’t really been following its mission statement lately…

“… because knives are so much less deadly.”

1) Knives are quicker to get on target at close range, that’s why police have the “21 foot rule”, because anyone who is closer than 21 foot can stab an officer with a knife before an officer can get his gun out and fire it. Even the television show “Myth busters” proved this in their episode “Don’t bring a knife to a gun fight”. In that episode, even when the person with the gun was standing in a ready position, knowing that the person with the knife had a knife and intended to use it, they still couldn’t shoot the person if he was closer than 18 feet away.

2) People with knives don’t show them to you 21 feet away and then attack you, they walk right up to you and never give you a chance to figure out what happened.

Handguns have a higher mortality rate than knives, but that’s only because handguns are used in more attacks. The mortality rate on a 1-to-1 knife vs. bullet basis is about even once you get to the emergency room.

“Education is a great idea!”

Here’s a sample of the videos you’ll find on Youtube about this topic.

Your own comment shows the danger of confusing lethality with mortality, yet you do so. If you seriously think knives are as dangerous to women as guns, you’ve never considered the psychology of plunging a blade into someone’s flesh compared to pulling a trigger.

So, your nonsense having been debunked, you’re now resorting to arguments about “feelings” ? Typical.

Then you explain why “handguns are used in more attacks.” After all, knives are cheaper and far easier to come by.

You also said “once you get to an emergency room.” How many gunshot victims die on the scene vs. stabbing victims?

this strange discussion about knives vs guns is missing facts. According to the FBI data (I found 2014 easily), there were 5562 killings with a hand gun and 1567 by knives or other cutting instruments – 3 times as many hand gun killing as knives – not sure how many of these were domestic violence deaths. On top of this, there were 2,500 other killings by other types of guns include non-specified, for a total of 8,124 killings

Apparently, the issue is not knives

He wasn’t talking about crime statistics, he was talking about domestic abuse. Also, the only reason we’re talking about knives is because Chris made the claim that “knives are much less deadly …” which is false.

Look, genius, unless you want to argue that most domestic violence happens at ranges greater than 20 feet you need to use some common sense and understand the obvious.

Obviously guns are more dangerous than knives, because a criminal can’t do a drive-by knifing of their gang adversaries, because guns work at long ranges.

But the longest range domestic abuse happens at is the length of a home’s hallway, where a gun’s range is not only not helpful, it’s use compared to a knife at that range is PROBLEMATIC.

Why do you think military people train with knives, hand-to-hand combat, etc ? Get a freaking clue, it’s because that rifle they carry is USELESS except as a club at close range.

The gun lobby doesn’t want you to know the truth, but if you look at that picture at the top of this article, the woman shooting a pink target … if that were real life, that pink target has a knife, that woman still has her gun in a holster or in her purse, and that pink target decides it wants to kill her … she’s dead. At that range she’ll never get that gun out and get it on target against a knife wielding attacker before he kills her. AND she’s never going to get the chance to react to her attacker at that range, because even at the range she’s shooting at in that photograph, she’d still be looking at someone approaching her in a dark car garage trying to determine if they were a threat. She’d never pull a gun on someone, even if she’s alone, at that range, because she has no idea if its an attacker or just some random guy walking past her trying to get to the elevator. By the time he attacks her, he’s going to be CLOSE, way too close for her to even dream of pulling out a gun.

just read another report, this one from 2013, that say women were shot and killed by a man 777 out of 1,477 deaths while knives accounted for 292, less than half that number – looks like knives were 66% less deadly

Well thanks for reposting the point I made above, which was that women are 1.5 times as likely to use a gun as a knife. Again, proving the point I was making.

actually, the number say that they are victims, not the attackers – but then again, it is only stats

Should we make all our decisions based upon a surface understanding of statistics? Since everyone who is born dies, should we outlaw birth? Instead of making abortion a “choice”, why not make it mandatory? Does that seem too intrusive or busybody-like? Could be. Are unborn babies human? Certainly seems likely. Perhaps we need to rethink this.

In the minds of many, both euthanasia and abortion should be a “choice”. Since old people are human, it seems the pro-choice crowd is more interested in adult choice that protecting human rights. Since most of the people who die from firearms shoot themselves, should we not be surprised the “pro-choice” crowd is against guns? Since most of the “victims” shot themselves, doesn’t follow that anyone who supports euthanasia should support “gun choice”? Yet oddly enough, it does not work that way. Why? Perhaps you can explain. The left does not seem to have much objection to killing people. So why gun control.