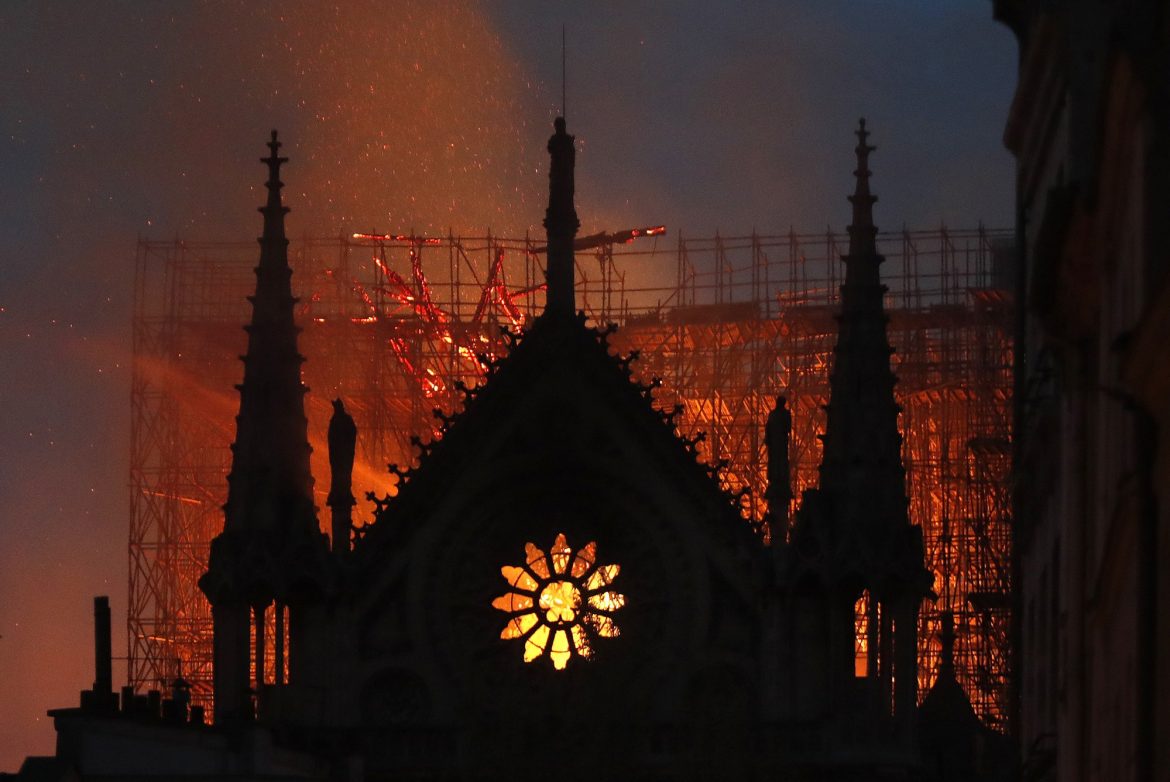 written by Guest Contributor Dr. Ileana Johnson April 20, 2019
For centuries the European faithful have sacrificed to build exquisite monuments to their faith that subsequent generations would cherish as much as they did. It is a legacy that unfortunately secular Europe has been busy extinguishing for decades. The transformation has been visible to any visitor who cared to observe the change.
Secular Europeans today value venerable old churches as cash cows, to the extent that they provide millions of visitors annually who spend a lot of tourist money to marvel at and admire their remarkable history, art and architecture, and often climb (for a fee) to the rooftop for a breathtaking view of the surrounding city.
According to the CIA World Factbook, the population of France in 2014 was approximately 66.3 million. France is mainly Catholic Christian, with 63-66% Christians, 23-28% secular people, and 7-9% Muslims. Some areas of Paris like St. Dennis are 40% populated by African Muslims.
There are pockets left of the fervent faithful who are still attending church on a regular basis while the rest may attend Easter services, Christmas, weddings, baptisms, and burials.
While strolling in during service, I often noticed with regret the small crowd of worshippers and their advanced age. The young Europeans seemed to be missing among the parishioners. They were found outside, enjoying their secular existence devoid of God.
Following an alleged accidental fire, the beautiful Notre Dame Cathedral’s spire has burned completely to ashes. The stone base, the altar crucifix, the interior statuary and artwork, and some of the famous rose stained-glass windows fortunately remained intact.
President Macron and the secular French immediately proclaimed that the spire will be rebuilt better and grander, from modern materials and with a design that would be even more beautiful – a multi-faith monument that reflects France of today. Who will get to decide what alterations improve on the original? The atheists and the non-Christians?
Almost one billion dollars has been donated so far for the rebuilding project that was estimated unrealistically by the former banker now President Macron to be five years. Those of us who appreciate old churches as a place of worship, the soul of western civilization and of its Christian people, know that beautiful, masterful, and enduring construction takes a lifetime to achieve. I am not sure that the master craftsmen and stonemasons of yesteryear still exist today.
Notre Dame cathedral itself did not collapse because medieval builders knew that rib vaulting and flying buttresses were the best ways to support the massive structure to withstand the passage of time. They built for endurance, almost nine centuries of existence.
John Harwood, an architectural historian from Toronto, said, “Any rebuilding should be a reflection not of an old France, or the France that never was – a non-secular, white European France – but a reflection of the France of today, a France that is currently in the making.” He sees Notre Dame as a “reflection of the modern zeitgeist;” cathedrals are “political monuments.”
Rev. Ben Johnson disagrees vehemently – “Christians built cathedrals as earthly embassies of the kingdom of Heaven, … created as an expression of faith. Their beauty and wonder provide a foretaste of the splendor and order of eternity.” He argues that, if Notre Dame reflected who the French are today, it would be a parking lot or a concrete government building because atheism “erects no cathedrals.” What are the European values, one wonders, suicidal tolerance and failed multiculturalism?  https://www.intellectualtakeout.org/article/notre-dame-may-be-rebuilt-secular-monument
Architecture, art, sculpture, poetry, and literature were inspired by Christian faith and created by the West. Notre Dame was and is the symbol of Christian faith and of our collective western civilization, not just of Catholicism. Rev. Johnson argues that “The belfries of all Christendom echo its message of hope, redemption, and peace. Only those ablaze with the fiery flame of divine love can rebuild Notre Dame, or Europe, from the debris.”
The cathedral reconstruction should never be about “what modern French people want” even though it is in the center of Paris. Notre Dame, like all other cathedrals in Europe, is a monument to Christianity and part of the history of Western Civilization and must be restored as it was.
Notre Dame vs. European Secularism was last modified: April 20th, 2019 by Guest Contributor Dr. Ileana Johnson