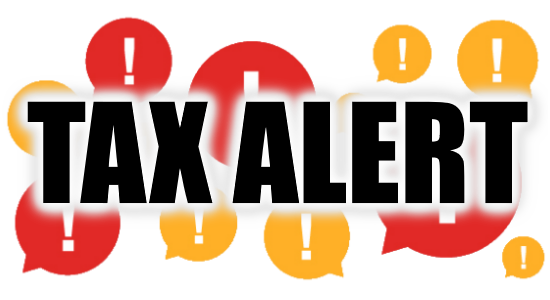 UPDATED: NOVA and Hampton Roads, are you ready for another tax increase?

The new taxes aren’t as bad as we feared.  From the Washingtonpost.com:

But Northam made an amendment to the bill that brought it back to life, in a way that shifts most of the cost to operators of heavy trucks that do the most damage to roads, and spreading some of the benefits to other parts of the state.

It boosts truck registration fees and diesel tax rates as well as imposes a 2.1 percent regional motor fuels tax along the I-81 corridor. That will bring in $151 million a year for I-81, which can be leveraged with bonds to bankroll $2 billion in improvements. Other interstates across the state will also benefit, including $40 million a year for I-95 and $28 million for I-64. In addition, $20 million will go to Northern Virginia roads via the Northern Virginia Transportation Authority.

Read the entire article for everything that happened today at the end of the 2019 General Assembly session.

The Governor and Democrats in Richmond have proposed an underhanded, sneaky, political backroom deal to increase gas taxes for Northern Virginia, Hampton Roads and along the I-81 corridor.  Gas taxes would also increase across the state for all diesel trucks.

Legislators learned of all these proposals on Tuesday.  They were attached to a bill about tolls on I-81 although they were not germane to that bill.  The original bill was sent to a committee to find a solution to pay for needed repairs on I-81.

The proposed tax increases will go to help repair I-81, among other things.  They will also go to the Northern Virginia Transportation Authority (NVTA) and Washington Metropolitan Area Transit Authority (WMATA) which has nothing to do with I-81 but may buy the votes of a few Republicans. This means more money for the bottomless money pit that is Metro.  Money to these two groups have nothing at all to do with the original bill to help fix problems on I-81.  Two of Loudoun’s Supervisors wrote the legislators in support of these amendments, Democrat Chairman Phyllis Randall and retiring Republican Supervisor Ralph Buona.  It is no surprise that these two support more money for Metro.  Buona was one of the original 5 Supervisors who supported the extension of Metro to Loudoun County and Randall is a Democrat who like most Democrats has never met a tax increase she didn’t embrace.

This is all so reminiscent of the massive transportation tax hike in 2013 brought to the commonwealth by Governor Bob McDonnell.  It was the biggest tax hike in Virginia’s history, with NOVA and Hampton Roads bearing the brunt of it.  How’s that workin’ for you?  Is your commute better?  Have the roads improved in your area?  How are you enjoying the expansion of the Metro?

A good summary of the new proposals here.

Time is of the essence, if you object to an increase in taxes to fund Metro and other things that have nothing to do with the original bill to help fund repairs on I-81 call your Delegate and state Senator today and urge them to vote against these tax increases that the public has never seen or given any opportunity to voice their concerns.  The lack of transparency is appalling.  We can’t let them get away with this!

UPDATED: NOVA and Hampton Roads, are you ready for another tax increase? was last modified: April 3rd, 2019 by Jeanine Martin