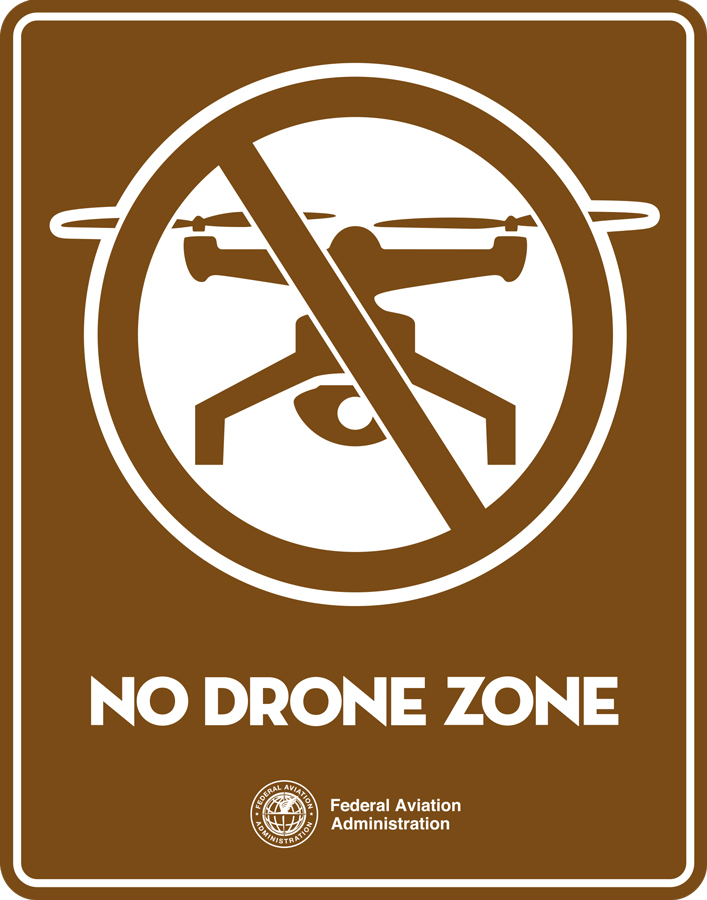 NOVA = No Drone Zone: The FAA has banned the use of unmanned aerial systems (Drones) within a 30 mile radius of Ronald Reagan Washington National Airport.  The radius extends out to the West to Ashburn, and South through most of Prince William County.  The restrictions apply to FAA airspace which begins outside of shotgun range above your property.  It is not clear what rights you have to prevent trespassing by drones on your own property.

The article I first saw this in identified Reston as the farthest reaches of the radius (it is well inside the radius).  As a Restonian I find it quite humorous that the FAA issued a sign in Reston’s official “color…”  Brown.