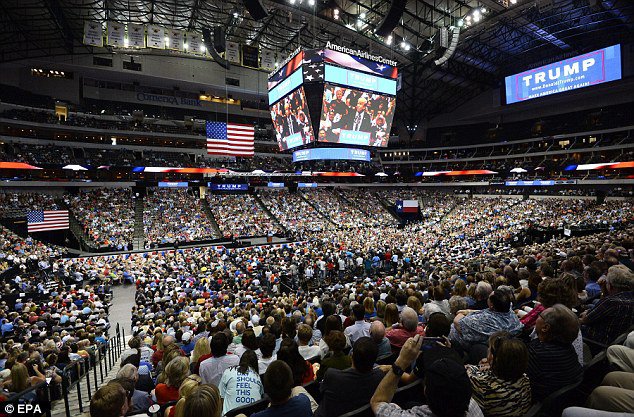 November 9th, An Opportunity and a Challenge

On November 9th, Virginia Republicans will have the difficult task of coming together to support Republican legislators in Richmond. 49 other States are voting in this election, so don’t look at the folks around you in the Commonwealth who voted for Trump, or voted for Johnson, or for McMullin, or who simply couldn’t find it within themselves to vote for president at all as to blame for whatever the nation ultimately decides.

Let’s be honest about the value of an individual vote at the federal level. Let’s be honest about the impact of personal opinions at the national level. If Trump wins, the GOP’s get out the vote efforts nationwide will take a great deal of the credit. If Trump loses, we at least know that the party did they best they could to support a candidate who, simultaneously, threatened the party’s very existence. But nothing that happened or didn’t happen in Virginia will have been the determining factor in the November outcome.

We know November and December will be rife with even more vitriol and hate than we saw during the primary and its aftermath.

However, while this reaction may be inevitable for many Virginians, it is my hope that a majority of Virginians will, on November 9th, recommit to the difficult task of winning battles at home. On November 9th, we still have a Republican legislature in Virginia. This General Assembly has the ability to write, pass and send quality legislation to our Governor. We need to encourage Republicans in the GA to write, pass and send bi-partisan legislation to the Governor to reform how our education dollars are spent and to eliminate wasteful state-sponsored programs and subsidies. We need to focus on making Virginia the best state in the union for commerce. We need to let our legislators know that we did not appreciate their infringements on local government over the past two years, and to look at ways to give local governments more authority.

We also have an even bigger election in November of 2017. We will select a new Governor, a new Attorney General, a new Lieutenant Governor and possibly a new Senator. These races are too important to be allowed the same vicious debaucheries endured during our Republican primaries for President. We have some very good candidates running in 2017 and we should demand positive campaigns from each and every one of them; and from their supporters. The fact of the matter is that Jill Vogel, Bryce Reaves, John Adams, Rob Bell, Rob Wittman and Ed Gillespie are all drastically more conservative than the Democrats currently holding the offices these Republicans are vying for.

2017 is an opportunity to come together to strengthen RPV, to rebuild fractured relationships with one another and to take back the executive branch of our Commonwealth. We have a great opportunity before us.  Let us not squander it.