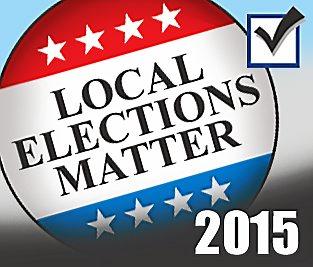 With the election only 38 days away the majority of Virginians (66%) say they are not paying attention to the news about the candidates while 90% of them claim they will vote on November 3rd, according to a recent survey completed by Wason Center for Public Policy at Christopher Newport University.

“These results demonstrate a classic pattern with Virginia’s off-off-year elections,” said Kidd. “A far greater proportion of voters say they intend to vote than are actually paying attention.”

“However, these results also suggest that Democrats have time to engage their likely voters, especially in the six highly contested Senate races that will decide whether they can break the Republican hold on the legislature,” said Kidd.

More details on the survey here.

Ah, the scourge of the uninformed voter!

I try to only comment on unlicensed contracting / illegal immigration in Virginia but , I can’t wait to see Campbell County BOS elections.
Do you think that Rick Boyer will ever bring to light the signifigant unlicensed contractor / illegal immigration issue in this area ?
http://watchdog.org/202012/subcontractors-shadow-economy-
Now Boyer is a newborn lawyer but a longtime contractor , he has the signatures for his man, the other side is the law enforcing side of the CCRP and Campbell County herself .
I hope the Community goes with the Law Enforcer rather than just another lawyer. All politics are local!

Wait, you say there is an election coming in November?

64 percent of Delegates are running against nobody.

48 percent of the Senate is running against nobody too.

Sounds to me like people are deciding that voting for nobody is the best course in a state where the politicians don’t listen to you anyway.

Well, that’s gerrymandering for you.