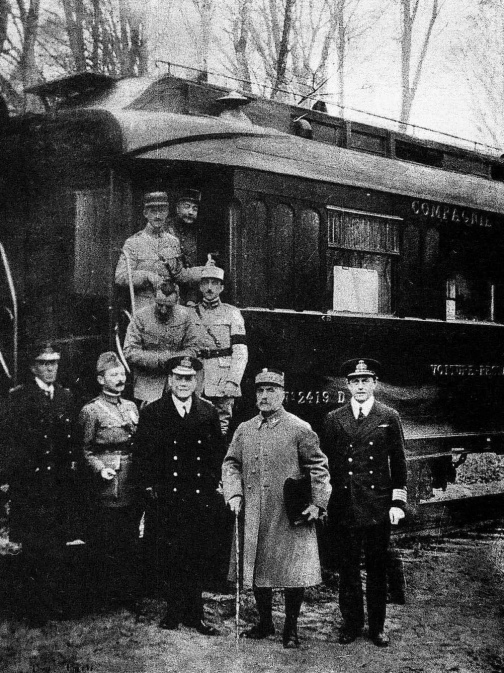 (Expansion of an earlier article.)

November is a month for remembering days of valor, danger and death. When I was a boy, all activity ceased in our public school at the stroke of 11:00 AM, on the 11th day of the 11th month. We observed a minute of silence at the very hour the Armistice ended the Great War of 1914-’18 – what my grandmother and millions of others of her generation always called “The World War,” even after later events changed its label to World War I.

Of course, had we marked the actual hour of the Armistice correctly, we should have done so at 5:00 AM in eastern Pennsylvania, where I grew up. (The effective time of the Armistice was 11:00 AM on the Western Front, in France.) Nevertheless, the observance was a solemn moment, even for a boy of 10 who didn’t really understand what it was all about.

The English observance on November 11th is called Remembrance Day. The anniversary of the Armistice is observed with two minutes of silence at precisely 10:00 AM, Greenwich Time – the exact hour when hostilities ended in France. My wife and I were visiting in London on Remembrance Day, 1984. We shall never forget the experience.

As it happened, we were touring Westminster Abbey late on the afternoon of November 10th. There we found that the cathedral green had been divided into many small plots, each perhaps 2 feet square.  Every plot bore a small sign identifying some unit of British Arms from both world-wars – Royal Fusiliers, 3rd Naval Battle Squadron, RAF Squadron 122, etc. Hundreds of units were represented. Inside each plot visitors had placed small matchstick crosses to which they had attached small slips of paper containing inscriptions – “Remembering our pal, Jim,” “The Old gang from Brighton,” “Ben – Always,” “Fred, we haven’t forgotten,” “Al, we whipped the best they had,” and thousands of others.

Tears sprang to our eyes as we walked among the plots, reading those notes. It was perhaps the most moving war memorial we had ever seen – its impact magnified because it was so real. All those small crosses and notes had been placed there by people for whom the searing blast of war was still fresh and terrible, and intensely personal.

On the morning of November 11th, at a moving Service in Westminster Abbey, the Queen placed a wreath on the grave of the Unknown Soldier, who was buried among the kings and queens of the realm. Old veterans wore campaign ribbons and poppies in their lapels. All commerce ceased for the two minutes of silence. People across the land of Kipling, Kitchener, Churchill and Victoria paused to remember the sacrifices of the million-plus who fell “for King and country” at Flanders, the Marne, Gallipoli, the Somme, Passchendaele, and the other grim killing fields of the Great War.

English literature scholar and writer Vera Brittain became a dedicated pacifist after publishing her landmark work, Testament of Youth, which related her experiences as a nurse during the Great War. Her fiancé Roland Leighton, close friends Victor Richardson and Geoffrey Thurlow, and her brother Edward were all killed in the war. (Vera Brittain was portrayed by Cheryl Campbell in the 1979 BBC television adaptation of Testament of Youth. If you can find it, it’s well worth watching.)

Celebrated writer Dorothy Sayers (1893-1957) made the British Day of Remembrance a key element in her Lord Peter Wimsey mystery novel, The Unpleasantness at the Bellona Club. In the story, an old general is found dead at the club on November 11, 1922. The absence of a poppy in his lapel becomes a pivotal clue to the time of his death (it was the night before), and whether it was by natural causes (it wasn’t). A synopsis of Miss Sayers’ life can be found at http://justus.anglican.org/resources/bio/19.html

In the USA, the Great War was recalled, first-hand, by a dwindling handful of superannuated veterans. My great-uncle, Sam Miller, served in the war, but never spoke of his experiences in the horrific Meuse-Argonne campaign. My mother-in-law, who died in 2002 at age 89, spoke of hearing the church bells ringing to mark the war’s end, when she was a child of 5.

Dr. V. Raymond Edman, the president of Wheaton College when I studied there, was a veteran of the Great War. He was extremely proud of his service, and never tired of relating his experiences during his chapel-talks. Our last veteran of the war, Frank Buckles, died in 2011 at age 110. The last British veteran, Florence Green, who died in 2012 at age 110, was also the last living veteran of the war.

Young Americans, who think that “modern history” began in 1960 (or maybe 1992, when Bill Clinton was elected), are vaguely aware that a war was going on somewhere, around 1918, but aren’t sure if it was the Civil War or World War II (or whatever). A New York City man-on-the-street poll would be instructive for finding how many people know that November 11 means anything except department store sales. (“It’s so, like, ancient, man…”)

Elsewhere, Armistice Day was an occasion for grief and bitterness, as the war’s stupendous sacrifices were toted up and measured against a cipher in the national ledger. Many German veterans became convinced that they were not defeated in the field, but had been “stabbed in the back” by the November Criminals – popularly depicted by provocateurs as traitorous Jews.

Soon, every post-war November 11th became an occasion to roil these waters and renew the bitterness of the German defeat. One young veteran who became fixated on the November Criminals tale had been temporarily blinded by poison gas near the end of the war. His name was Adolph Hitler. In the tempestuous environment of post-war Bavarian politics – fueled by nightly sessions of political speechifying and copious tankards of beer – Hitler rose to prominence as an articulate demagogue for the fledgling National Socialist German Workers Party, a.k.a. the Nazis.

After months of plotting and tipsy table-pounding, the Nazis – now led by Hitler – hatched a plan to overthrow the democratic government of Bavaria. Their ultimate goal was to reach Berlin and overthrow the Weimar Republic. They enlisted the cooperation of war hero General Erich Ludendorf for an assault upon the Munich government on November 8, 1923. Their “revolution” was meant to coincide with the fifth anniversary of the infamous Armistice.

Pundits after the fact described the “Beer Hall Putsch” as a Gilbert and Sullivan Revolt, although the bullets that flew were lethal enough. On the morning of November 9, Ludendorf, Hitler, and Herman Goering led an armed mob – no other word describes it adequately – of 3,000 Nazi agitators and street toughs through Munich in an attempt to join forces with Ernst Röhm and his storm-troopers, who had already seized the War Ministry. Police and regular army soldiers blocking their way fired into the ground ahead of the marchers. The Nazis returned fire, and in a few minutes twenty-one people were killed. Over 100 were wounded, including Herman Goering.

After the Nazis came to power in 1933, every November 9th became a lavish occasion for Nazi speechifying and maudlin remembrance of the Alte Kameraden who fell at the Odensplatz in the abortive 1923 coup. (Hitler dedicated Mein Kampf to these “heroes” of the National Socialist Revolution.) With much ersatz pomp, wreath-laying and tears, the deaths of sixteen rioters against the legitimate government completely eclipsed the sacrifices of nearly two million German soldiers who had died for the Fatherland and its people. November 11th became a footnote of history during the Nazi era, and November 9th became an absurdly big deal.

It was the beginning of the end for Jews in Germany. Although some had fled the country soon after the Nazis took power, many others had stayed on, hoping earlier rhetoric and excesses would fade. But the events of Krystallnacht clarified the grim future. After the glass was swept up, every Jew in Germany tried to get out. The Holocaust that ensued justified their worst fears.

November – a month of bare trees and leaden skies. And days of remembering. Let’s hope November 2020 doesn’t become another November we’d like to forget.