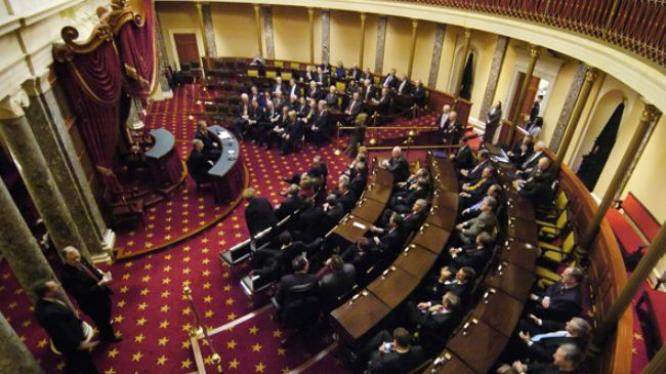 Now Onto The Senate

With the myth that the Republicans are doing away with protections for pre-existing conditions behind us and with the House voting for a repeal and replace Healthcare package, everything now depends upon a progressive Republican Senate. Will the progressives in the Senate so alter the Healthcare package that conservatives in the House can no longer vote for it? Or will the Senate pass the package as is?

Today is nothing to be excited about. Trumpcare is not a conservative solution to the Obamacare debacle. What it is, is a moderate attempt to reform the broken system the Democrats and Obama left us with. It’ll take two years before we start seeing any measurable and meaningful results, but we will see results.

More importantly, we must view this legislation (if the Senate doesn’t destroy it) as a first step toward returning healthcare to the American people and the free market. Secretary Price must use his authority to make changes where changes can be made bureaucratically. President Donald Trump need not celebrate this deal the House struck today, but ought to call for more reforms to come.

Furthermore, Republican Governors need to learn their lesson about forcing their entire State into dependency upon federal funds for their expanding Medicaid programs. The truth is, that just as our insurance industry and our fellow citizens have been burdened by the prohibitive costs associated with the ACA, Medicaid costs will continue to absorb more and more of our State budgets, crowding out revenue sharing with our county governments, and forcing massive increases in property taxes. Governors like John Kasich decided to use the federal largess to supplement Medicaid’s growing budget-share in Ohio. In five years, the bump received from federal subsidies will disappear, and the Ohio State Legislature will have to find new money somewhere, either through statewide tax increases, or reduced funding for local governments.

Trump and Ryan’s ACHA cannot be the final word on healthcare reform.

I am pleased that most of the Virginia delegation chose to vote for this compromised legislation. It’s a baby step in the right direction. However, we all need to see leadership from our Virginia delegation to continue pursuing free-market solutions and returning healthcare back to the American People. Something this important must be entrusted to the populace, not to the government. The principles of mutual benefit between We The People and the private sector will drive down costs, lower premiums, and save human lives. That must be our long-term goal.

I know that conservatives are upset that they couldn’t get a more meaningful and robust repeal package. So am I. However, the days of simply shaking our fists at the establishment, unwilling to compromise, unwilling to govern, must come to an end. The Republican Party is now responsible for governing the United States of America – all of it, not just the conservative Republican base. This is, no doubt, a heavy burden, but a burden we must carry and a responsibility we must exercise nonetheless.

Mitch McConnell – you’re up. Don’t play games with the conservative base. The House Freedom Caucus will kill a compromised Senate bill, and the egg on our faces will be sticky and thick. You don’t want that.

Now Onto The Senate was last modified: May 4th, 2017 by Steven Brodie Tucker

Thanks for the post.
My hope is that TBE will begin editing
Some of the vileness that passes for comments .
The internet lets you know the level of discourse
In our society, and that’s fine.
Readers may not need to be repeatedly exposed to it.
The divisions in our society are already coarse.

One of the things you get used to when you throw your thoughts at the mercy of activists is the possibility that their appreciation of those thoughts will be less cordial.

Understood , and noted.
Still, TBE is a brand , and that brand includes
The comments , so some moderating might be appropriate .
Thanks for all your posts , always appreciated .

The conservative base has already been betrayed by the passage of this non-repeal in the House.

This article doesn’t mention how you jumped into bed with the Sarvis campaign a few years ago, and predicted O’Malley to win the 2016 DNC nomination. You got a horrible track record. I guess if you throw enough s–t up in the air, some of it won’t fall on your head. But boy, you new a really good shampoo.

Where are your facts and figures why this bill is anything but s–t? The Republicans cut Medicare spending in the bill so they will have more money to buy votes. They are going to continue to put money into the Medicare Trust, and then take it out and use it for buying votes with other pork barrel projects. And then latter they will tell you that Medicare is in trouble, but not why. The once again robbed all the money, and left an IOU.

I doubt your IQ would break 75, even on a good day. People need to go back and read your scratch from a few years back to find out how screwed up your writing really is. Go somewhere and cook hamburgers or mow grass for a living.

What is that a picture of? It isn’t the U.S. Senate…

The problem – health care is too expensive.

The solution is for health care to be less expensive.

Baby steps would be drafting a bill, using CBO to give you some idea of the impact of a bill, then decide how to vote on the bill, then vote on the bill. But the GOP blew off CBO and just voted. Weren’t conservatives recently apoplectic over Nancy Pelosi’s statement about the need to enact law to measure it’s effects? After all those years of complaining, look at this mess.

The bill was already scored by CBO. Only the amendment wasn’t scored. The Senate will write their own bill and CBO will score it too.

It may have been an amendment, butbthe changes were substantial enough to invalidate the analysis. And saying it really doesn’t matter because the Senate is going to write another bill? Te Senate should be writing another bill because the Senate has a different view on how to achieve the desired ends, not because the House was so obsessed with the appearance of efficacy that Republicans were willing to sacrifice efficacy itself.

It was not passed with baby steps. Baby steps from the Republicans has left the vast bulk of Obamacare intact… including the mandates.

Steven, this was not baby steps in the right direction. It was a wholesale sellout of Republicans to the Democratic position that healthcare is a “right” and that we are all slaves to the needs of our fellow citizens… and the state now gets to define what is a need.

I cannot express how disappointed I am in every Virginia House member but especially in Dave Brat. He more than any other of them was elected to oppose this nonsense.

There were less than 40 votes in the House and only 5 votes in the Senate for full repeal. What did you expect the conservatives to do?

There were not “less than 40 votes in the House” for full repeal. According to Roger Simon, there were about 50 House Republicans who would not vote for repeal. We will never know the exact count, however, because Ryan refused to allow any repeal bill a vote.

And I expected them to hold fast and vote no until and unless a vote on actual repeal was allowed. Instead, the caved under the weakest of covers.

Amy, the votes weren’t there. Previous repeal attempts were a ruse aimed at drawing conservative support for the eventual nominee. It was a trick and it worked. Now we’re left with nothing but bad options.

As I said, we will never know because Mo Brook s bill as well as other bills that provided actual repeal were consigned to every committee in the House in order to kill them.

As I also said, it would have been better that they do nothing than they do this.

Well, we all seem equally frustrated. We just disagree on whether or not something is better than nothing.

Here is an economist thoughts on lowering the cost of health care: http://thebullelephant.com/what-would-health-care-reform-really-mean/

Here’s Conservative Voter’s Health Care Plan of 2017 – repeal every single piece of legislation that stands between a patient and their doctor, EVERYTHING. But CV, then you’d have “doctors” without degrees selling snake oil out of a horse drawn wagon at the edge of town! Yeah. That. AND you could go to the freaking doctor and pay them a reasonable amount of money to have a mole removed without getting a bill from ten different organizations for 500 dollars.

It didn’t get rid of the totally unconstitutional mandate.