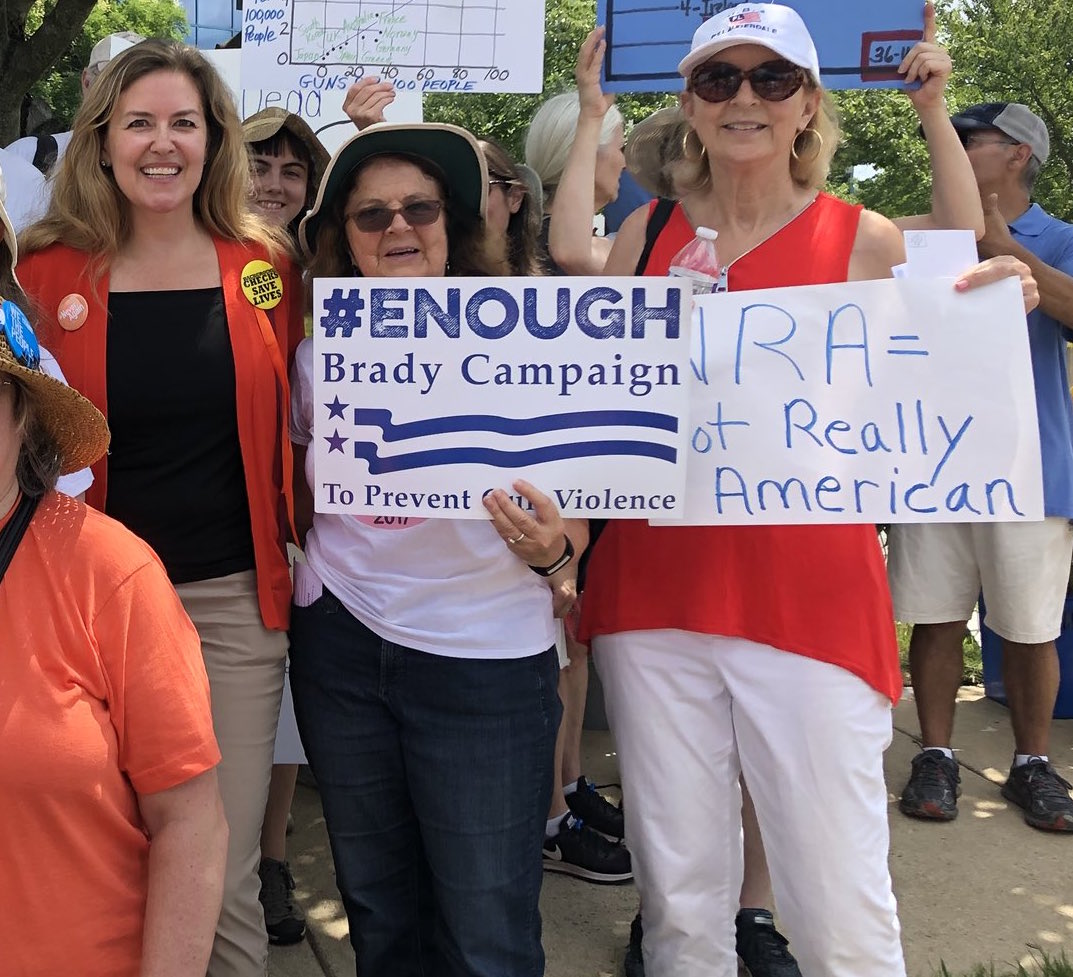 Making a rare campaign appearance, Jennifer Wexton the Democrat challenger to Congresswoman Barbara Comstock in the 10th district, attended an anti-2nd amendment rally with her far left friends.  In the photo above  Wexton shows her support for those who believe that anyone who supports the NRA is not really American.   Seriously?  ALL those people who support the NRA and our Second Amendment rights are not really Americans? But illegal immigrants are?

Jennifer Wexton, way too far left for the 10th district.

You mean the NRA that is going bankrupt because their Russian stream of cash dried up? That NRA?

Hahaha, you’re not as funny as Rocinante, but you are amusing.

I like The Roc!
Nothing wrong with a “Straight Shooter”

No one is as funny as our dear Rocinante

How on earth does Babs always draw opponents who are more politically silly than she?

Those whom the Gods wish to destroy they first make contest Barbara Comstock.

Barbara is many things, but silly isn’t one of them! But she sure does attract silly opponents. Stay tuned for her opponents favorite song about Virginia.

Yeah, and Wexton against the 2nd Amendment transcends ‘silly.’

I beg to differ https://www.washingtonpost.com/blogs/right-turn/wp/2018/08/09/barbara-comstock-mimics-ed-gillespie-and-cory-stewart/

Barbara Comstock is as RINO as she can be. Which is why I didn’t support her.