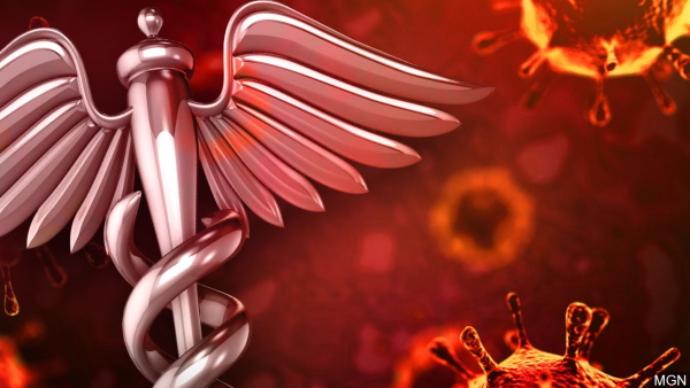 My dear mother whom we love and cherish is locked up in a prison not of her own making, in pain and suffering, on oxygen and not understanding why she cannot come out of her room.

Her prison is tightly monitored by staff who were unable to stop the spread of the Covid-virus. Formerly free of it, she was moved from her private nursing home room to a semi-private room, in the very same bed and room just vacated by patient Marlene (not her real name) who was Covid-positive and sick.

Marlene had been moved with the other 75 Covid-positive patients the very same day that my Covid-negative mom was moved into her bed before the room was thoroughly sanitized. To say that the move was irresponsible, it is an understatement. Nobody from the nursing home bothered to call us and let us know of her status or their plans to move her.

After the fact, a corporate marketing guy from Colorado, not a caretaker or a doctor, called us first to let us know that she was Covid-negative, and a second time to tell us that she was moved from her room.  We made numerous phone calls to the nursing home, but they remained unanswered.

Communication and information from the nursing home has been almost non-existent. The phone rang unanswered and all voicemail calls and questions we left remained unreturned as well. Mom was locked tighter than prison. Wheeling her out of her room to a glassed lobby through which we could have visited for five minutes happened only once.

As some patients went home for brief visits and came back carrying the Covid-virus, the movement of patients even within the nursing facility stopped. The residents became prisoners in their own rooms and the virus spread. Eighteen patients alone in the Arcadia section were sick with the virus. Four staff were Covid-positive as well, a total of 21 as of two weeks ago, as admitted by administration. This prompted the Health Department of Virginia to come and test everyone last Friday, May 15.

Residents have died but the true cause and statistics were not known to the public or to the patients’ families.

Was it wise to move the 26 negative patients into rooms vacated by positive Covid-patients? I am not sure what the intent was with this move, but I know that mom came down with pneumonia three days after being moved from her room. Coincidence? I do not believe in coincidences; I believe in cause and effect.

The emergent evidence of the “plan-demic” has shown that the worst attributes of small-minded people drunk on their own power and control, were magnified, and have robbed the U.S. population of their Constitutional freedoms under the guise of protecting them.

Euphemistic terms such as “social distancing” should be called what they are, “isolation,” there is nothing social about hiding in your own home, behind a mask, or snitching on your neighbors and businesses that may not follow the lockdown dictates.

The elites videotaping themselves in their mansions to prove that “we are in this together” is so hypocritical to most who have lost their jobs permanently, their businesses, and may or may not have enough savings to feed their families and pay their bills while millionaires are well set in their banks and trust funds.

“Be safe,” and other phraseology invented for the benefit of robbing us of freedom of movement, assembly, right to make a living, and freedom of religion, should have been really called what they are, forced imprisonment into our homes and servitude to dangerous vaccines produced in a hurry, chip implantation, and personal control through data.

For the “greater good” is offensive. No good can ever come out when the government chooses who is “essential” and who is “non-essential” to society and to the economy. Nazi Germany picked winners and losers and it did not end well for the Jewish people.

The “new normal” is offensive too. There is nothing normal about anything that has happened to us in the last ten weeks and is still happening.

Egomaniacs and megalomaniacs with a Messianic complex have crawled into the limelight, mostly Democrats at local and state levels, placing healthy people in quarantine as well as sick ones far beyond the normal 40 days, prompting many Americans to demonstrate against insane executive orders and to demand that their churches, schools, small businesses, and doctors’ offices be open after ten weeks of lockdown in various states.

Sound reasoning, proper science and medicine were the last employed in the decision-making process of government in many countries that followed the U.S. lead and example. Sweden who allowed herd immunity to take its normal flu toll has not been any worse off in the number of patients infected and the number of those who have died.

Instead of locking down healthy people, we should have protected the most vulnerable, the elderly in the nursing homes. Instead, we have exposed them unnecessarily and thoughtlessly because they have few lobbyists and champions who defend their rights.

Stop waiting for a new vaccine. Flu vaccines are only partially effective as the viruses mutate. Even Bill Gates admitted, “The efficacy of vaccines in older people is always a huge challenge, it turns out the flu vaccine isn’t that effective in elderly people. And that actual decision of, ok, let’s go and give this vaccine to the entire world, governments will have to be involved because there will be some risk and indemnification needed.”