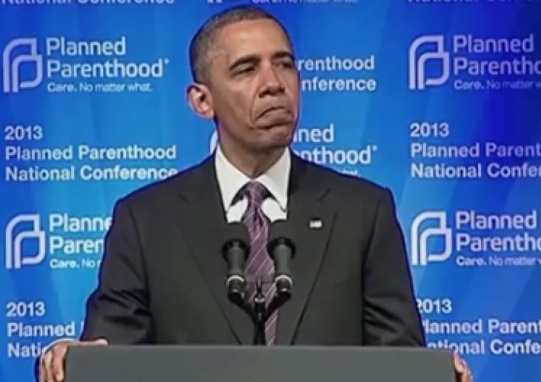 In the wake of the widely-viewed undercover video earlier this week, a lot of attention has been paid to Planned Parenthood’s role in harvesting dead baby parts for profit.

What has not been reported is how they’ve gotten away with it.[read_more]

In early 2010, a young graduate with a degree in sociology from the University of California at Sacremento was working as a “procurement specialist” for a Bay Area human tissue provider.  This young woman also apparently had an entrepreneurial streak, and moonlighted at the same time with a company she started to manage commercial building contracts around California. 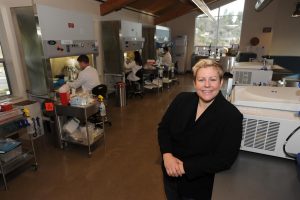 This is certainly an unconventional path toward where she would soon find herself: a rising star in the biomedical research industry.

You see, Cate Dyer, with only about $9,000 of savings, soon founded a company called Stem Express, LLC in Placerville, CA. (Yes, this is the company referenced by Planned Parenthood’s Senior Director of Medical Services in the video found here).   Undoubtedly drawing on her experience as a human tissue “procurement specialist,” Dyer and her company quickly filled a niche in an industry about to experience explosive growth.

BACKGROUND ON THE ROLE OF NIH

Many people are unaware that the vast majority of biomedical research, particularly the research not specifically undertaken to commercialize a profit-seeking drug or medical technology, is undertaken using government funds.  Researchers at non-profits, government labs, research universities, and private laboratories all use grant money from the National Institutes of Health.  NIH has administered hundreds of billions of dollars in such grants.  Much (if not most) of that work is, like with human embryonic stem cell and fetal tissue research, purely academic for the time being. (After all, there aren’t private companies seeking to commercialize a drug with a key “dead baby” ingredient…not a big selling point).  In 2015 alone, NIH has a budget of over $15 billion allotted for a projected 32,000 research grants.  Although there are private biotech investments in research involving fetal tissue (pluripotent stem cells in particular), funding for such efforts is widely regarded as being dwarfed by federal expenditures.

This is important because in the commerce of fetal tissue, taxpayer dollars are funding both the supply (insurance payments and public subsidies to Planned Parenthood and other abortion providers) and the demand (via billions in NIH funding) for these products.

In 1993, President Clinton signed into law the National Institutes of Health Revitalization Act.  Part of this new law, addressing the growing and ethically-troublesome area of fetal tissue research, set forth prohibitions on the commercial sale of such tissues, mirroring in most material respects the law passed by Congress nine years earlier outlawing the harvesting and sale of human organs for transplant.  The law prohibits an exchange of fetal tissue for “valuable consideration,” and also prohibits the solicitation or acceptance of such tissue if the pregnancy was deliberately initiated for such purposes (i.e., no fetus farming).  These provisions were codified as § 298g-2 of the Public Health Service Act (42 U.S.C. §§ 201, et seq.).  A separate section imposes various strict requirements for donor consent and record-keeping requirements when fetal tissue is procured for transplant or transplant research.

The biomedical industry proceeded thereafter with not much in the way of high-profile controversy until technology around embryonic stem cells advanced later in the Clinton years.  Importantly for present circumstances, the Clinton administration (not the so-called right wing crazy that followed him) promulgated regulations that imposed tougher consent requirements on donations of fetal tissue than were required by law for any research utilizing federal funding.  The regulations recognized that “because cells derived from fetal tissue at the early stages of investigation may, at a later date, be used in human fetal tissue transplantation research,” such research involving fetal tissue must therefore comply with the very strict donor consent provisions of the portion of the statute governing fetal tissue used in transplants or transplant research.  Again, the point here was to resist facilitating a profit potential that could further incentivize abortions.

In the early days of the administration of George W. Bush there was significant pressure for the government to get out of the way of potentially huge advances in research using human embryonic stem cells.  As many readers undoubtedly remember, Bush set off a firestorm of protest on the left when he issued a policy directive–rooted in a desire balance the need for research against respect for life–to allow federal funding for research on only the roughly 70 hESC lines then already in existence (a policy later liberalized in Bush’s last year in Washington).

But the important thing to know is that Bush and Clinton administration policy were aligned on requiring high ethical standards for most research on human fetal tissue.

[animate animation=”bounceIn” duration=”1.3″ delay=”0.5″ iteration=”1″]
[H]uman embryos and fetuses, as living members of the human species, are not raw materials to be exploited or commodities to be bought and sold.
[/animate]

Fast forward to the opening days of the first Obama term.  Having vigorously campaigned against what he characterized as Bush’s luddite opposition to science, newly-minted chief executive Barack Obama, in the opening days of his administration, issued Executive Order 13505, rescinding Bush’s earlier order and superseding all prior executive branch policy.  By July, the Department of Health and Human Services had published final regulations.

As most observers will recall, the Obama order greatly increased the ability to derive new human embryonic stem cell lines harvested from donated embryos.  That was the all the focus at the time, as it stood in such stark contrast to the policies of previous administrations, and was such a bone of contention the left had against George W. Bush.

§46.206 Research involving, after delivery, the placenta, the dead fetus or fetal material.

(a) Research involving, after delivery, the placenta; the dead fetus; macerated fetal material; or cells, tissue, or organs excised from a dead fetus, shall be conducted only in accord with any applicable federal, state, or local laws and regulations regarding such activities.

So, no requirement for informed consent from the donor, no requirement for the keeping of auditable records, and no provisions for transparency or that even purport to stand in the way of full-scale commercialization of the fetal tissue trade, except for the statute barring exchange of bodies or body parts for “valuable consideration.”

CUE THE COMMERCIALIZATION OF ABORTED REMAINS

It was into this moral and regulatory vacuum that Stem Express and similar companies launched themselves.  Stem Express opened their doors just months after Obama’s final regulations were published. The company (whose slightly modified website is back up after coming down in the early hours after the video became public) offers a wide range of fetal tissue products, including bits like fetal liver and dental pulp, which are rich in pluripotent cells.  Indeed, as we learned from the video, it is fetal livers (which hold much promise in stem cell research) that yield cells commanding the highest prices.

The statute barring sale of fetal tissue for “valuable consideration” defines that term as excluding “reasonable payments associated with the transportation, implantation, processing, preservation, quality control, or storage of human fetal tissue.”  That’s a whole lot of wiggle room.  It appears that, if we can credit the video, Planned Parenthood charges $30-$100 per item provided to companies like Stem Express.  That’s probably not an unreasonable recapture of its expenses for storing, preserving and transporting the tissues.  Companies like Stem Express, then, turn to deriving usable cells and tissues from the body parts, which often takes time, skilled labor, and expensive equipment.  They then can turn around products to be sold for as much as $25,000.

Are they making a ton of money on this, above and beyond their reasonable expenses?  That’s almost certain, given how fast the company has grown.  The problem is that the people tasked with proving that their prices go beyond what is allowed under law are in the same administration that removed the regulatory hurdles in the first place.  Stem Express and other companies operating in this space do so openly and notoriously–not hiding from any regulators.  Had they operated under the Clinton/Bush rules, they likely would have kept consent records of all donated tissues (something they claim they do voluntarily, but without any oversight from HHS/NIH or any other body as far as we know to ensure that’s true).

TAXPAYER MONEY FUELING BOTH THE SUPPLY AND THE DEMAND

It should not be asking too much to bring back Clinton/Bush-era oversight of this trade, which will help eliminate or mitigate the incentives these industry participants have to perform more and more abortions.  This kind of step, even if it did not curtail the practices in any meaningful way, would at least give taxpayers the oversight they deserve.

Lawmakers who care about this issue are not without leverage, even with Obama as president.  Just last week the Republican House passed an $8 billion increase in funding to NIH.  The Republican Senate could demand answers–and action–before going along.  Conservatives can also keep up the heat on this and similar stories, and pressure the administration to launch independent investigations (independent because Obama has taken tens of millions in campaign donations from the abortion industry he’d be asked to investigate).  Such push would ultimately probably not result in actual investigation, but the very threat of it could serve to increase pressure and scrutiny on otherwise unscrupulous actors.

The taxpayers who fund Planned Parenthood over their moral objections, and who in turn fund the operations that buy the abortion remains, deserve no less.

Plnned Parenthood is only one part of the Government sponsored for-profit Baby Mills! | On the Edge of the Precipice July 31, 2015 at 3:54 am

Thank you, Mr. Albertson, for such an excellent and informative piece! Truth exposes darkness and protects life. God bless you for your hard work.

So it looks like the upshot is that StemExpress is obviously violating the law on selling fetal tissue for valuable consideration but we can’t expect the Obama Administration to enforce the law. Is that about it?