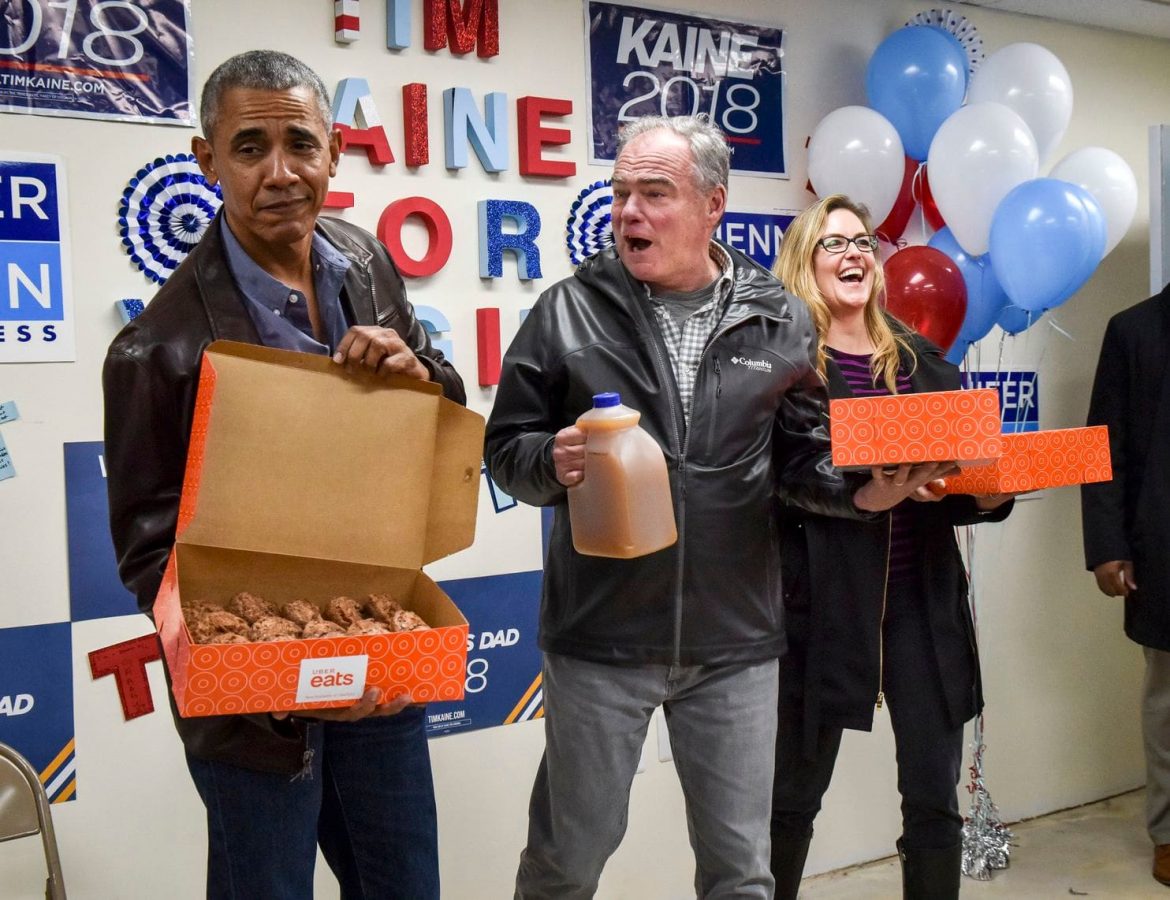 Obama campaigns for Kaine and Wexton in Fairfax, Comstock responds

Today former President Obama campaigned for Senator Tim Kaine and Congressional candidate Jennifer Wexton at a Democrat campaign office in Fairfax.  His visit was a “surprise” and he brought donuts for the volunteers.

“Jennifer Wexton has made clear she would be a follower of the Obama/Pelosi era of tax increases and the anemic 1.8% growth that Obama left us with, along with the Obama three year federal pay freeze, and devastating Obama defense sequestration cuts.   Barbara Comstock has been an independent leader for the 10th District fighting for and winning historic tax cuts for our families and businesses; pay increases for our federal employees and military, and record rebuilding of our military now that the defense cuts have been reversed.” – Susan Falconer, Campaign Manager

On the off chance you want to read more about the ‘surprise’ visit, there’s more here and here.