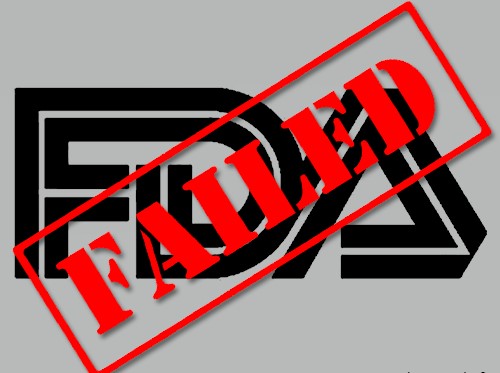 written by Guest Contributor Ken Reid April 14, 2020(Part III of a three-part series on the failure of the U.S. Public Health Service response to the COVID 19 epidemic)

The failure to test Americans earlier and target testing to those who were most at risk of the coronavirus – i.e., folks who had traveled to and from China or Northern Italy – may be a primary reason the U.S. now has the leading number of coronavirus (COVID 19) cases and deaths in the world – though there is evidence China has suppressed its true prevalence and death rates.

But the U.S. Food and Drug Administration like the Centers for Disease Control and Prevention (CDC) has its part in an epic fail, primarily due to a 28-year-old regulatory dispute on whether  “Laboratory Derived Tests” (LDTs) should be regulated by the agency as medical devices (in vitro diagnostics are considered devices under federal law).

LDTs are intended to be developed “for conditions or diseases that are either rapidly changing (e.g., new strains of known infectious diseases),” according to this nice Congressional Research Service report, which only was released in December.

Since 1992, FDA has expressed a desire to regulate LDTs as medical devices, which means labs or firms that develop them and wish to put them into interstate commerce require agency clearance and are subject to inspection.

Public health labs and clinical chemists have wanted FDA to stay out of regulation, but large commercial IVD firms want these tests regulated to level the playing field – -as industry has to abide by all the regulations of the Food, Drug and Cosmetic Act.

The 23andMe genetic test kit was a prime factor in triggering FDA under President Obama to develop a plan to regulate LDTs by risk of the disease being diagnosed.  FDA made the firm seek approval after the fact.

In 2012, Congress passed and President Obama signed the FDA Safety and Innovation Act (FDASIA), which required FDA to inform Congress before initiating any effort to regulate LDTs as devices.  And, in 2014, Obama’s FDA initiated an effort to regulate the products, much to the chagrin of the public health labs and clinical chemists, but supported by, AdvaMed.  Abbott Laboratories, Roche and Thermo Fisher Scientific are among AdvaMed  members that are making IVDs for COVID 19.

According to this analysis by noted medical device attorney Jeffrey Gibbs “the proposed LDT framework would have required FDA review for virtually all LDTs”.

At a House hearing in 2014, FDA’s director for medical devices, Dr. Jeffrey Shuren, defended the framework because LDTs “are manufactured in large quantities and are increasingly removed from the health care centers and doctors who order them. They are also increasingly complex, relying on sophisticated software to interpret results.  We have a responsibility to provide patients with greater certainty,” Shuren said.

So, when the Trump administration took charge in 2017, the bureaucrats at the Center for Devices wanted to regulate LDTs the same old way, and Trump’s first FDA commissioner  Dr. Scott Gottlieb, said it was up to Congress to act.

The “same old way” was that FDA would use “enforcement discretion” on whether to go after an LDT like 23andMe. – which is agency parlance for “We won’t come after you with our inspectors if we feel the violation isn’t serious.”

So, without any change in direction from Obama’s FDA, staff in the FDA Center for Devices set out to discourage public health labs from deriving their own tests when COVID 19 was breaking.

FDA approved CDC’s request February 4 for an Emergency Use Authorization to use a specific diagnostic test for COVID 19, which turned out to be a failure – -which I found surprising given the bevy of scientific data  at CDC’s disposal about coronaviruses.

“The New York Times reported that Health and Human Services Secretary Alex Azar was “unable” to get either the CDC or the FDA to “speed up or change course.”

Azar testified that he intended to implement a pilot program, adding coronavirus surveillance to the existing flu surveillance networks on Feb. 13. But it never came to fruition. There were not enough tests to make it happen.

By the following week, it became clear to local public health officials that the virus had spread in communities and become endemic in other countries. Public health labs, frustrated by their inability to test, became frantic. “

However, CDC warned labs about doing their own tests for COVID 19:

“This message is to remind clinical laboratories that this is currently the only EUA assay for … the virus that causes COVID-19. Any laboratory that is not designated by CDC as a qualified laboratory and is implementing a COVID-19 diagnostic test other than the CDC EUA assay must contact the FDA to obtain an EUA before any COVID-19 diagnostic testing may be performed in their facilities…”

On Feb. 24, state public health labs made an unusual plea for the agency to open testing citing the growing number of cases of positives and failure of the FDA-CDC approved test.   In a letter, the American Public Health Lab Association urged newly installed FDA Commissioner Dr. Stephen Hahn “to consider enforcement discretion” to allow state and local labs to create and use their own test.

Two days later, on Feb. 26, Hahn responded that an emergency authorization application would still be necessary to ensure “the FDA’s appropriate oversight.” But he offered the lab association a “template to streamline the process” for receiving clearance for a testing protocol.

The American Assn. for Clinical Chemistry, which represents the chemists who do the tests, wrote Hahn to support the APHLA

On March 5, a bipartisan group of legislators introduced the Verifying Accurate, Leading-edge IVCT Development (VALID) Act of 2020 in both the U.S. House of Representatives and Senate— which seems to be the legislation the labs had wanted for years.

On March 13, President Trump issued a “Memorandum on Expanding State-Approved Diagnostic Tests,” which allowed the Department of Health and Human Services to promulgate policies that allow other states to similarly authorize testing for COVID-19. Under this policy, because the states have oversight responsibility, “notification of SARS-CoV-2 test validation is not submitted to FDA and the laboratory does not submit an EUA request to FDA.”

On March 16, FDA backed down and allowed regional labs and public health labs to derive their own tests and would exercise “enforcement discretion.”

So, rapid and “robust testing” (the current term you will hear on the airwaves) began, but is still going slowly and there is division among politicians on whether the “economy can reopen” without broader testing of the whole population, as a vaccine is illusive.

In fairness to FDA, the agency has a mandate from Congress to ensure drugs, devices and diagnostics are “safe and effective,” so it must prevent shyster outfits from preying upon sick and vulnerable people – which happens in any medical crisis. Bureaucrats respond to what Congress tells them to do – and the introduction of that VALID Act sure got FDA to act.   And, with the dispute over LDTs by two stakeholder segments, FDA chose to do nothing except stick with its 2014 framework.

Finally, in all due respects to TBE writer Hans Bader, my research turned up no FDA issues in terms of thwarting the supply of ventilators, protective masks and other devices and drugs that are being used to fight the pandemic – except FDA regulation  has contributed over the years to the offshoring of our drug and device manufacturing base to India and China,

However, it’s very evident that the failure of the CDC, FDA and also Anthony Fauci’s National Institute for Allergy and Infectious Diseases has led to draconian “mitigation” measures to stave the COVID 19 pandemic, which has shut down our economy and put Americans in fear –and we still do not have enough testing of the overall population.

Bipartisan commission needed to do a look-back on government’s COVID failures and how to prevent future disease disasters – The Bull Elephant March 12, 2021 at 3:14 pm