Obama on the Mideast: Punish our friends, reward our enemies 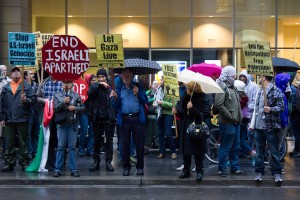 Useful Idiots of the International Left

The Obama administration’s handling of the latest conflagration between Israel and the Palestinian terror group Hamas is nothing short of shocking. To put it bluntly: we have negotiated with and subsidized terrorists while pressuring, cajoling, and blockading our closest friend in the region. In the process, we have completely ceded the moral argument to Islamic extremists and their allies in the international left.

A quick review of the facts is in order.

1. Hamas is designated as a terrorist organization by the U.S. State Department. It has had that status since the Clinton administration. Since 2007, Hamas has controlled governance of the Gaza Strip.

2. The charter of Hamas calls for jihad until the destruction of the State of Israel. They are funded and supplied by the Islamofascist regime in Tehran, where just yesterday the ayatollahs renewed their call for a final solution: destruction of Israel.

3. After Hamas took over, Israel instituted a blockade of Gaza to ensure that Hamas could not gain materials it could later use to kill Israeli citizens. The “international community” decried such a blockade, and then-Secretary of State Hillary Clinton cajoled the Israelis into easing the restrictions on things like concrete and steel for “humanitarian” purposes, materials the Israelis warned could be used to build tunnels into Israel.

4. Hamas has been indiscriminately firing rockets into Israel, hoping to kill as many people as possible and to provoke a military response from Israel. Further, it has been using a series of dozens of tunnels constructed with aid meant to be used in “humanitarian” projects as a means of infiltrating fighters into Israel. These fighters aim to kill as many Jews as they can find, and to capture prisoners they can later ransom.

5. When the desired Israeli response came, Hamas employed a human shield strategy to ensure that, if Israel wished to destroy Hamas rockets or tunnels, they would have to kill innocent women and children to do so. They’ve stored munitions in and around mosques, schools, and hospitals. (This is a war crime, by the way…look it up). This has, unsurprisingly, resulted in the deaths of many such human shields.

6. Predictably, the international left decry Israeli war crimes, racism, and terrorism. This includes the United Nations, in whose schools Hamas has been discovered (twice in a week) to have stored large caches of munitions. 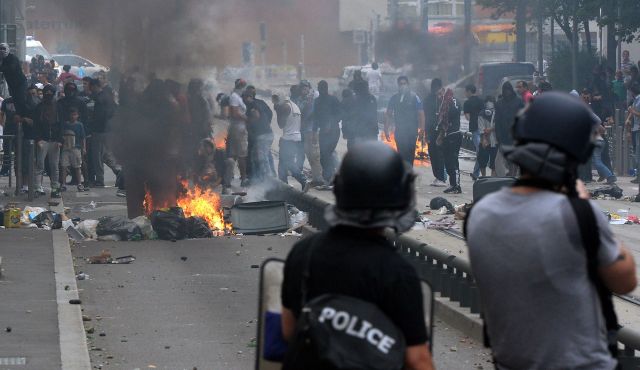 Anti-Semitic Protests in Paris on June 20

US taxpayers are directly funding terrorism. Obama sent $400,000 to the “coalition government”, which is Hamas.

I wonder how much healthcare could be purchased for US veterans for that same $400,000. Our current US government *is* the enemy. We are them.