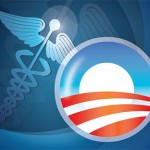 The votes of just three people are all that stand in the way of the expansion of Medicaid in Virginia through the Patient Protection and Affordable Care Act (Obamacare).Â  These three members of the House of Delegates are on a special commission that is the last stop before full (and practically irreversible) expansion of Medicaid to 400,000 additional Virginia residents.

Our post last week (Virginia Medicaid Expansion Bait and Switch) outlined our skepticism about the special commission set up under this year’s Virginia budget to consider reforms to the Commonwealth’s Medicaid program.Â  The commission is the product of a clever deal Republicans made to trick Democrats into voting for the largest tax increase in the Commonwealth’s history.Â  Pursuant to this deal, Democrats would back Gov. McDonnell’s tax and transportation scheme in exchange for Republicans acceding to a mechanism to expand Medicaid, as an integral component of Obamacare.

At the time the budget with the Medicaid expansion provisions was passed, Gov. McDonnell made a great show of declaring that Virginia HAD NOT expanded Medicaid.Â  The Governor said the following in an open letter to the Obama administration:

The recently passed budget of Virginia contains language outlining a series of reforms that must be completed to the satisfaction of a new legislative commission prior to consideration of Medicaid expansion.Â  Some media outlets and elected officials have labeled this as approving Medicaid expansion in Virginia.Â  This is absolutely incorrect.

The language of the budget actually places a firewall against expansion consideration, unless real, sustainable, cost saving reforms are implemented at the state and federal level.

(Emphasis added).Â  The key bit of this is the part beginning with “unless.”Â  These reforms are spelled out in the final version of HB 1500 (the budget) as adopted into law.Â  By all accounts, the reforms appear to be non-controversial and entirely achievable in short order.Â  In fact, it appears a good deal of them have already gotten federal approval, which is required when states put new strings on how federal Medicaid money is spent.Â  Indeed, many were approved even before the budget was finally passed, as these reforms were originally proposed to the feds back in 2012.Â  So, contrary to the defensive narrative put out by Republicans who voted for this, these reforms look like they were going to happen anyway.

Which brings us to the crux of the issue, and that is the role of the Medicaid Innovation and Reform Commission (MIRC).Â  The commission is comprised of 10 legislators, five from the House of Delegates and five from the Senate.Â  Under the budget that passed, the MIRC is charged with overseeing implementation of the proposed reforms.Â  Members of MIRC must vote on whether the reform conditions have been met, and if at least three members from the Senate and three members from the House agree that they have, Medicaid expansion will commence immediately.Â  The law reads, in relevant part, as follows:

(Emphasis added). Immediately upon passage of the original budget Attorney General Ken Cuccinelli advised that the law’s delegation of decision-making authority to a subset of the legislature made it unconstitutional.Â  But, according to the Associated Press, members of the General Assembly attempted to fix this by removing the commission’s ability to make subjective decisions.Â  “Lawmakers sought to address [Cuccinelli’s] concern by amending [the] Medicaid provision, which is part of the revised state budget, to remove the commission’s discretion and make its actions mandatory.”

The Senate side of the commission, led by commission chairman Emmett Hanger, is pretty evidently set on enabling Medicaid expansion. So all that’s left of Gov. McDonnell’s “firewall” is the five members of the House of Delegates who are on the commission. The House side is clearly more circumspect about it, with very little suggestion (publicly at least) that they intend to vote to block expansion. Instead, we see hints that as soon as they’re satisfied that the money-saving reforms are ready to be implemented, they will vote to go forward with Obama’s aims. All it takes is for three of them to vote the wrong way.Â  Between the limited discretion the law affords them to vote against expansion, the temptations associated with bringing billions of federal dollars into the state, and the inevitable pressuring from the health care lobby that stands to make billions of dollars over time from Medicaid expansion, the odds seem stacked against those of us who truly oppose this massive expansion of the welfare state and the destructive culture of dependency it generates.

Del. Massie has said he would be “hard pressed to vote to expand Medicaid unless the reforms are in place and working.” Del. O’Bannon has likewise suggested the reforms would resolve his concerns, saying that “Medicaid is the fastest growing item in the state budget, and Medicaid expansion without significant reforms could wreck Virginia’s finance.” Del. Sherwood is a lame duck member, who lost to a primary challenger earlier this year and who therefore has no fear of being held accountable for a vote to expand Medicaid. Del. Landes has expressed grave concern about the potential for the federal government to not hold up its end of the bargain, leaving Virginia to either kick 400,000 off the rolls or significantly grow their own expenditures, but so far he has not criticized the proposed reforms or their progress toward implementation. And finally, Del. Joannou is a Democrat. He has a reputation of being a fairly conservative Democrat, but he nonetheless caucuses with a group that would be extremely upset if he betrayed them on such a core part of the leftist project.

WHAT DOES IT ALL MEAN?

So what does this all mean? It means that the reforms proffered as a means of killing Obamacare expansion were in fact already on track to implementation, with or without any special commission, and that members of the commission have very little flexibility to do anything other than vote to expand Obamacare via Medicaid. It means that one can be forgiven for wondering whether the establishment of the commission was simply a fiction.

A cynic might say that the establishment of the commission was merely a way to shuck accountability, avoid debate on Medicaid expansion, and deflect attention and criticism by shrouding the whole process in bureaucratic gobbledygook. In this way, House Republicans could vote for the budget and say, as Del. Greg Habeeb did, that they were proud to vote “to push back against ObamaCare and pass a conservative budget that Virginians can be proud of,” while still leaving the back door open: “Today we have taken a step to guarantee that Medicaid expansion in Virginia will not happen without first enacting serious reforms and without absolutely ensuring it wonâ€™t cost Virginia taxpayers.” In essence, a cynic could say that Republicans can pretend to be conservative by covering themselves with the reform mantle, even as they roll over for a massive infusion of other people’s money from Washington.

“MEDICAID EXPANSION WILL NOT HAPPEN IN VIRGINIA”

House Speaker Bill Howell came to this weekend’s Republican Party of Virginia State Central Committee meeting, where he gave a powerful talk about how Medicaid expansion would wreck Virginia’s finances, especially when the federal government inevitably diminishes its contribution to cover the expansion. As Tenth Congressional District Chairman John Whitbeck paraphrased in a tweet posted during Howell’s talk, the Speaker stated in no uncertain terms that “Medicaid expansion will not happen in Virginia. It’s just not gonna happen.”

One of the more encouraging things the Speaker said was that he knew the House members on the commission, had a hand in appointing them, and is confident that they continue to be opposed to expansion. Most importantly, the Speaker did not prevaricate or qualify his remarks…he did not say that expansion wouldn’t happen “unless” the reforms were put in place. He just plainly said it wouldn’t happen.

I certainly hope the Speaker is right, and am glad that he spoke on this issue and in such a frank and forthright manner. In the meantime, given the tremendous pressure the commission members are likely to get from numerous directions–including the temptations of health care lobby dollars in their campaign coffers–it is incumbent upon all of us to contact these members and encourage them to continue to be the “firewall” the Governor and others promised they would be.

Former Lieutenant Governor candidate Susan Stimpson sent an email this morning to a broad distribution across Virginia calling on party leaders to stand firm against any sort of back-door expansion of Medicaid. Stimpson got results, as reported by Tom White over at VARight.com, who posted a statement he received today from RPV Chairman Pat Mullins:

ObamaCare is an expensive, unaffordable train wreck that threatens to bring everything thatâ€™s wrong with the federal government into our health care system. I have said repeatedly that expanding Medicaid in Virginia is a terrible idea. It threatens to create a massive new unfunded liability for the Commonwealth that would at the same time put hundreds of thousands of Virginians into a system that people in both parties know is badly broken. Speaker Howell has been rock solid on this issue, and I commend him for his leadership. Just this weekend he told our state central committee that Medicaid expansion in Virginia is not going to happen. I stand with Speaker Howell in opposition to the expansion of Medicaid under ObamaCare and I call on all members of the General Assembly to do likewise.

Great analysis. Says it all. There has been a lot of pushback from the grassroots on this, who can read the writing on the wall. They know that this will not only wreck the state’s finances (and taxpayer wallets) a la TennCare, but will also force 400,000 people, including many who currently have employer-based insurance, into government dependency and diminished quality of care.
I think the pushback from those who will foot the bill or get forced into substandard care is the reason you hear a change in tune from the Republican leadership.

Unless voters in the district of the Republican traitors to their oaths of office put the fear of political death in the next election Mark Warner Care (remember Warner was the 60th vote for Obama Care) will become the law and the commission will sell us out.
However, even Hanger can be turned – if and only if – he truly believes that his political life is in jeapardy. Non of the delegates or senators listed gives a tinkers damn about what you and I outside their districts think.
Hats off to Susan Stimpson for making me aware of this.
I would encourage Susan to purchase lists and do robo calls into the districts of the so-called Republican RINO’s.
Sic Semper Tyrannis
Mike McHugh

Virginia does not need Obama Care or the ones that vote it in!!!