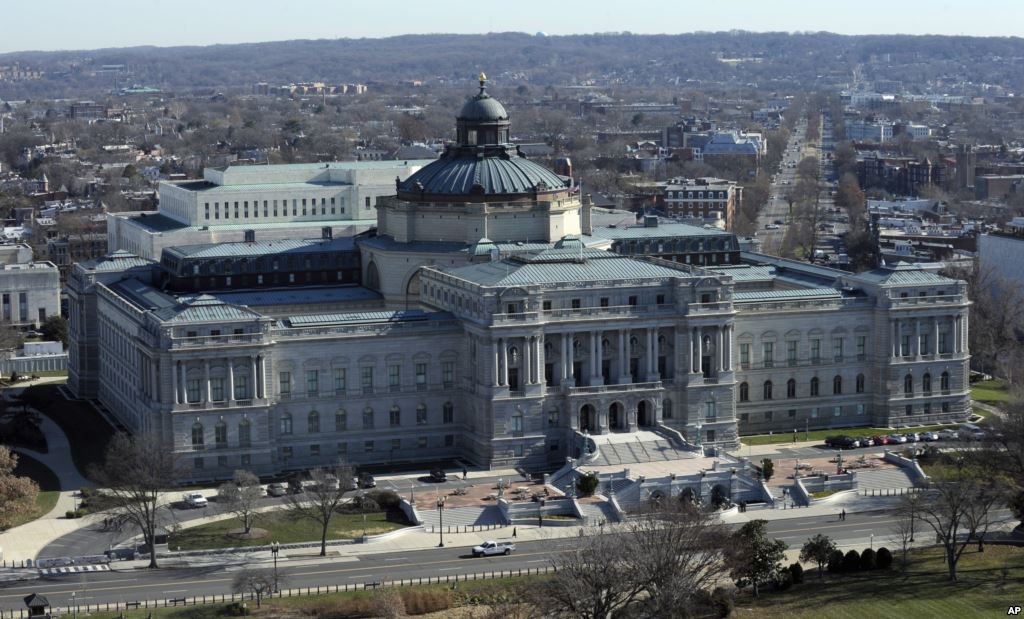 The Library of Congress was founded in 1800 with an appropriation to buy “such books as may be necessary for the use of Congress,” essentially as reference materials for legislators.  By 1802, its catalog included over 900 books.

Since then, the LOC has grown into the largest collection of books and historical documents in the country, with nearly 170 million different cataloged items.  As such, it is one of the most important resources in the world for scholars and researchers.  Notably, it is not a lending library, nor is it a place you can take your toddler for story time.

Instead, the LOC’s primary function remains serving as a resource for members of Congress, their staff, and committee staff.  The interface between Congress and the library’s vast collection of scholarship is the Congressional Research Service, an office within the LOC.  The core mission of the CRS is summarized as follows:

The Congressional Research Service (CRS) serves as shared staff to congressional committees and Members of Congress. CRS experts assist at every stage of the legislative process — from the early considerations that precede bill drafting, through committee hearings and floor debate, to the oversight of enacted laws and various agency activities.

This is why it is so puzzling (and frustrating) to read that the U.S. Senate is poised to confirm—with strong support from Republicans—President Obama’s nomination of Carla Hayden to become the next Librarian of Congress, to serve a 10 year term.

The last confirmed Librarian of Congress was a Rhodes Scholar, a graduate and later professor at both Harvard and Princeton, a distinguished and well-published scholar, and prior to his appointment by President Reagan as Librarian of Congress, he directed the Woodrow Wilson International Center for Scholars.  Prior to that, the Librarian was respected historian Daniel Boorstin, also a Rhodes Scholar and prolific author.

Carla Hayden, the President’s nominee, is no scholar.  In fact, leftist magazine The Nation described her in glowing terms as a “radical librarian” for her leftist activism while overseeing community libraries in Chicago, where she first met Obama, and later in Baltimore:

Hayden advanced the notion of librarians as activists, and of libraries as vital community institutions, not just repositories for books. ‘We serve the underserved,’ she told Ms. magazine in 2003, when the publication named her Woman of the Year.”

Hayden first came to prominence as a leader of the American Library Association who protested the Children’s Internet Protection Act, a federal law requiring the use of pornography filters on public school computers, and computers at public libraries benefiting from federal funding. (See Former President of Pro-Pornography Organization Nominated to Head the Library of Congress).

Showing that literally nothing escapes the lens of class, race, or gender in this administration, Obama hailed Hayden’s nomination as “long overdue,” because Hayden will be the first female and African-American Librarian of Congress, despite the fact that Hayden has no scholarly credentials, and no experience in running a research library, no experience in intellectual property law (LOC owns the Copyright Office), and no experience in running an organization with over 3,000 employees.  Instead, she is a little-l librarian who was chosen for her lefty tendencies, not for her ability to run the LOC effectively or to provide timely, talented, accurate, and efficient research support to Congress.

Hayden’s appointment will surely lead to more of the kind of petty controversies over which acting-Librarian David Mao has presided since the previous Librarian retired last year.  The Mao regime saw the Library drop the term “illegal alien” and “alien” from subject matter headers in its catalog, replacing them with terms like “unauthorized immigation” and “noncitizens.”  And if you don’t think this is precisely the kind of thing Hayden lives for, it’s worth noting that her beloved leftist American Library Association was one of the organizations pushing the change because “illegal alien” is allegedly now a pejorative term.

Shockingly, Hayden’s confirmation hearings have now just sailed through the Senate Rules Committee chaired by Sen. Roy Blunt.  The Missouri Republican, apparently not caring that the candidate was an unqualified leftist who would undoubtedly seek to politicize the Congressional Research Service, and radicalize the LOC more generally, has supported her nomination:

[Blunt] said in a brief interview that he believes Hayden may win confirmation before Congress leaves town in mid-July for the presidential nominating conventions. ‘That would certainly be my hope, that we get this done before recess, and the sooner the better,’ Blunt said. ‘The library’s going to benefit from her leadership.'”

We are told that other Republican Senators are finally catching on to the danger of a Hayden confirmation, and that certain of them (Sen. Mike Lee of Utah, and Ted Cruz of Texas) may be placing holds on her nomination. Let’s hope more Senators join them, and quickly.

Oh come on! America’s congress can’t even take the time to read the bills presented for their vote. Who really believes any of these people would visit a library with any intent on reading? To be perfectly Blunt, they have to first confirm Hayden in order to see she’s a leftist. But time’s a’wasting, convention recess in nigh, and Roy Blunt isn’t going to be caught within 500 miles of Cleveland. Hopefully his state voters will be able to read a ballot and vote #NoBlunts_in_November.

If that makes you angry, investigate this:

Gun Store owner in Orlando reports Omar Mateen to the FBI for attempting to buy Kevlar and large quantities of ammunition and No one from the FBI follows up, but Washington is going to spend $2.5 Billion on a new FBI HQ Probably named for Loretta Lynch.

“Instead, the LOC’s primary function remains serving as a resource for members of Congress, their staff, and committee staff.”

Over the years, I have read much that I disagreed with, thought silly, or questioned.

This statement, however, is quite simply and unambiguously wrong.

“The primary function of the Library of Congress is to serve the Congress. In addition, the Library provides service to government agencies, other libraries, scholars, and the general public. The Library welcomes public use of its general reference facilities and endeavors to offer the widest possible use of its collections consistent with their preservation and with its obligation to serve the Congress and other government agencies.”

This nominee doesn’t appear to even be qualified to join the REST of Obama’s JV Team…..practice squad? Mascot?