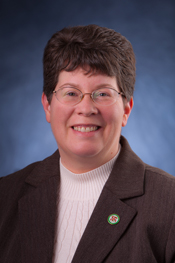 Once again Supervisor Volpe tried to pack her district with proxy votes in order to deny the School Board endorsement of a popular conservative Republican incumbent, Debbie Rose.  The vote in the Algonkian district to not endorse Rose was 7 to 4 with 5 of the 7 being proxies recruited by Suzanne Volpe.  Those folks were used by Mrs. Volpe in her own private war against Debbie Rose, who has proven herself to be one of our very best representatives on the Loudoun School board.

Mrs. Volpe tried the to do the same thing to Supervisor Eugene Delgaudio, who was completely vindicated of any wrong doing in Loudoun and yet she wanted Loudoun County Republicans to remove him from the party.  She tried the same trick then, packing the LCRC meeting with her proxy friends.  It didn’t work then against Eugene and it didn’t work against Debbie Rose this time.

And who can forget Suzanne’s attempts to get her development buddy, Mital Gandhi, on the Board of Supervisors? She wanted him to run for the seat in Broad Run District after Supervisor Shawn William’s background was exposed.  It didn’t take long to expose the background of deadbeat Mital Gandhi.   Despite Mrs. Volpe’s best efforts we have a fine, principled conservative running to represent Broad Run, Ron Meyer.

“Case in point; at the Loudoun County Republican Committee meeting Monday night Volpe pulled her infamous trick of packing a caucus with proxies to defeat a contemporary seeking an endorsement. Nothing really wrong with politics as usual, the world revolves around those who show up, but there is a problem with someone that continually plays lip service to the local committee being a “family” where we all “take care of each other”. Instead of picking up a phone and trying to work things out, or running another candidate against the person she is trying to defeat, she resorts to secret ballots and proxies so that there are no fingerprints. Call your friends in Loudoun to find out more information, anyone who was at the meeting figured out what was going on when the caucus’ recommendation was overturned and the full committee endorsed Volpe’s victim. Sometimes the good guy wins and the bad guys are exposed.” (emphasis mine)

Read the full article over at RedNova8.com.

I am not voting for Suzanne because she voted against the Silver Line, probably the one thing that could bring up some of the declining Sterling neighborhoods. I live in the Sugarland Run neighborhood (one of the most population dense areas in all of Loudoun County) and what we need is more feeder buses to the metro stations (It is really only one metro station at the moment) and local bus service. A lot of people here would benefit from that service and it would make our part of the county so much more livable and walk-able. Fairfax county has provided local bus service for their residents for years. Suzanne is not in touch with the people who live in our neighborhood, she lives in Cascades and doesn’t necessarily know the needs of the people in Sugarland. I am saying this as a George Mason University student who has taken public transit to school for the last two years.

When Ms Volpe introduced Ken Cuccinelli at a rally, she said,” Ken was tea party before there was a tea party!” What a genius!

She sounded just like Barbara Mandrell’s hit,” I was country when country wasn’t cool”

I certainly hoped she would do more for property rights issues and to protect women. I believe she supported Leo Rogers, even though he was accused of domestic abuse against his wife, for county attorney.

If your information is correct about Ms Volpe’s support of Leo Rogers who you claim was allegedly accused of domestic abuse, this would indicate to me a very low standard of ethical and moral behavior on Ms Volpe’s part.

Why do Republicans turn a blind eye when allegations of domestic violence are levied against one of their own? Why do Republicans look the other way when a blogger friend makes threats against a female on his site, ends up investigated by the police,as was the case in PWC with Supervisors’ Lawson and Candland?

Both of these incidents were golden opportunities to stand up against cyberbullies and domestic violence and they sat on their hands.

Leo has had quite a troubled past. His wife chose not to testify against him. Folks from his last county say he was either going to be fired or he was to head to Loudoun. He is currently defending a personal $75,000,000 RICO lawsuit. It is my understanding that all the BOS supervisors gave Leo the thumbs up. I would like to see the voting record on that decision. He apparently is vulnerable and therefore able to do any dirty work as requested.

I do not think Charlie King would have voted to hire a fellow attorney with domestic abuse charges. He and Jim Plowman have called out Scott York for taking on Shawn Williams and company as additions to Scott’s campaign. Yes, I think Shawn should be man enough to resign and take Leo Rogers with him. Two fine lawyers (not).

Didn’t Supervisor Volpe have some kind of meltdown over a property rights matter involving the Blue Mount Nursery along Rte. 7 at a board hearing? The county was accused of trying to shut down the business so they could get the underlying land on the cheap. I sure hope the business stays put. Nice plants. Helpful staff.

I’m going to have to call Suzanne “Miss Calculation” next time I see her, because this thing completely back-fired. This was a very bad political miscalculation. It was obvious what happened last night. But Debbie Rose has been active for awhile and helped many people and skated to an easy endorsement. In fact, her endorsement was unanimous…even those that opposed her in caucus did not raise an “nay” vote in full committee in contrast to the entire room’s unanimous “aye” vote for endorsing Ms. Rose. I don’t know the backstory behind this but KA-BOOM! it was a Jokey Smurf LOCO moment watching that blow up in Suzanne’s face.
Ken Reid not realizing what we were voting for earlier was pretty amusing too. All in all, a good, raucous LCRC meeting. It makes it worth showing up 🙂

The don’t call LCRC the Wild Wild West for nothing!

This is one of the funniest posts I have read in years. Jokey Smurf LOCO!

You shoulda been there!

Happy to have brought humor to your day 🙂

I’ve known Suzy for years, and thankfully, no longer. She was the horror of Cascades HOA when she was President. She is nasty, unethical and ugly. I’m not surprised to see Loudoun County fall apart since she has been a board member. But, just like nationally, SOMEBODY VOTES for these people, like Obama, like W. Bush…..yeeewwww!

Using proxies and “on call as needed” committee members was a favored tactic of Lynn Mitchell and Kurt Michael in the Sixth. Of course Lynn bleated that running off these “on call” folks was a plan to railroad faithful GOPers and cried about it on any blog that would give her a voice.

Not quite sure what Ms Volpe’s agenda is. I was volunteering security at a Cuccnelli event at the Loudoun victory office and witnessed first hand her rudeness towards folks who were volunteers at the event. She treated them like they were POS and ordered them off the sidewalk in front of the victory office. I had words with her later to explain to her in a polite way that she did not have the authority to tell anyone to get off any sidewalk in front of a shopping center.

So many stories like this, so little time. Volpe thinks she runs Loudoun county and every Republican in it so I am not surprised at all that she would treat you that way. I’ve seen paid people in the Loudoun Victory office quit because of her.

If everyone in Loudoun had a dime for every incident where Volpe was rude, crude, outrageous or acted improperly the LCRC could fund the entire 2016 presidential primary nationwide. How about a fundraiser? Everyone brings their favorite Volpe story.

What you experienced Donna W was quintessential Volpe, ordering everyone around in a loud voice, acting like she in is charge, pissing people off left and right. How she has survived as an elected official is a mystery of the ages. I feel sorry for her staff, I suspect they have blank stares like hostages.

Can someone recall for the readers Volpe’s “whore” comments from Monday night? Apparently she made them to someone that was seeking the endorsement for a school board seat. Someone relayed this to me and I hate to say I am not surprised.

Happy to provide the quote. When a Democrat was seeking the endorsement of the Loudoun County Republicans Suzanne Volpe asked him if was Republican. He hemmed and hawed and it was obvious that he was not a Republican. Volpe said “We may be whores but we’re not $20 a night hookers, we’re more like $1,000 a night call girls”.

I would be embarrassed to be associated with her campaign or office. What value does such a vitriolic and nasty person bring to a campaign?She is a loose cannon.

Here is the larger problem. Ms Volpe’s language in public only enhances the Democrats war on women. Her foul mouth demonstrates a ignorance for how to treat women and how to behave as a elected official in public.

As my father use to say when an individual acted the way Ms Volpe is behavng, “She is a legend in her own mind”

If Ms Volpe’s is talking to total strangers with disrespect in public, one has to wonder what is going on behind closed doors in her own household. Her husband must not have the cajones to stand up to her.

Here’s my incident dime; a week after 9/11 my husband and I had lunch at a restaurant in Sterling. Here comes Suzanne, with her troop of women friends. She noticed no US flags flying or pinned up in the restaurant, no acknowledgment of what happened that awful day in NYC and at the Pentagon.
Suzanne had her say, she blasted the manager, called him unpatriotic, just reamed the poor guy!!!
He told us later he was shocked by her behavior and wondered if she was insane.
Way to go Loudoun. Remember when everybody made fun of DelGaudio? HAH!

You mention Ghandi and your credibility goes down quickly. Talked with both and your claim is false. emphasis mine!

What is incorrect? I posted his record. Is the record incorrect?