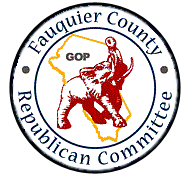 Old Fauquier GOP’s Scrooge Approach is Out of Touch

Letter to the Editor by Rick Buchanan, Warrenton, Virginia

I read with much interest the posting titled “Prince William County Republican Committee Continues to Lead on Community Outreach” by Willie Deutsch March 19th in TBE. He is spot on target. [read_more]He spoke about Republicans showing their true nature by leading by example, by organizing events benefiting good causes and then enlisting the community to participate. Mr. Deutsch explained “While conservatives are incredibly generous caring people, it is important for the public to see that the party itself cares.”

The FCRC, in the past several years, does very little for the community as a group, rarely does fundraisers to advance Republican principles, and does virtually no community outreach. But that’s not the worst of it.

In February “Friends of Cameron Jones” (candidate for FCRC Chairman), in conjunction with a local conservative group Fauquier Cornerstone Committee, held an event featuring former Attorney General Ken Cuccinelli as the keynote speaker. Their goal was to raise $3,000 to benefit a local crisis pregnancy center that works with single mothers and couples during crisis pregnancies to provide alternatives to abortion.

Two days before the event, Mr. Jim Rich, who is the de facto leader of those in charge of the current county GOP committee, and one of four committee members involved in a lawsuit against the Republican Party of Virginia over last year’s county GOP canvass, made a phone call to this charitable organization in a failed attempt to sabotage the event. Mr. Rich tried to discourage this organization from being the beneficiary of the proceeds of the event by telling them they were jeopardizing their tax exempt status by participating in this event. Of course, his real intent is obvious. Should they drop out at the last minute, it would have interfered with the commitment by Friends of Cam Jones to this organization and disrupted the publicity for the event that drew about 150 people.

His reasons seem apparent, because he is desperate to retain power over the FCRC, and opposes Mr. Jones’ candidacy.

Fortunately the leadership of the nonprofit organization was not intimidated, and Friends of Cameron Jones was able to present them with a check for $5,250, more than double what they needed to purchase a much needed confidential messaging software, and to fund their college outreach program.

As recently as this past week Mr. Rich has again been in contact with this charitable organization, attempting to intimidate them over this event, implying the organization could not “legally” accept proceeds from the event. He is wrong, of course.

Mr. Rich’s form of political leadership may be just miserly and uncharitable, and that would be a charitable description of Mr. Rich in this incident.  After serving twenty years as a District Chairman, he should know it is common practice for Republican committees and organizations to hold events and raise money for charities.  As reported at the Bull Elephant in the before mentioned article, Mr Deutsch explains, “This year the Bull Run Republican Women’s club is using their annual fashion show to kick off the PWC GOP Community Service Initiative.  The fashion show and luncheon will be used to collect donations for the B.A.R.N. Transitional Housing in Bristow which helps women and their children with transitional housing following a crisis.”

Mr. Rich is a lawyer, and seems to be feeding this nonprofit organization false legal information designed to disrupt and intimidate for political motivations. His ethics must be called into question, and this is not the first time.

There are many good people on the Fauquier committee who would rather be doing the kind of things that committees like PWC do on a routine basis, but until Mr. Rich’s influence on the leadership is changed, it appears this is not going to be possible.

Letter to the Editor