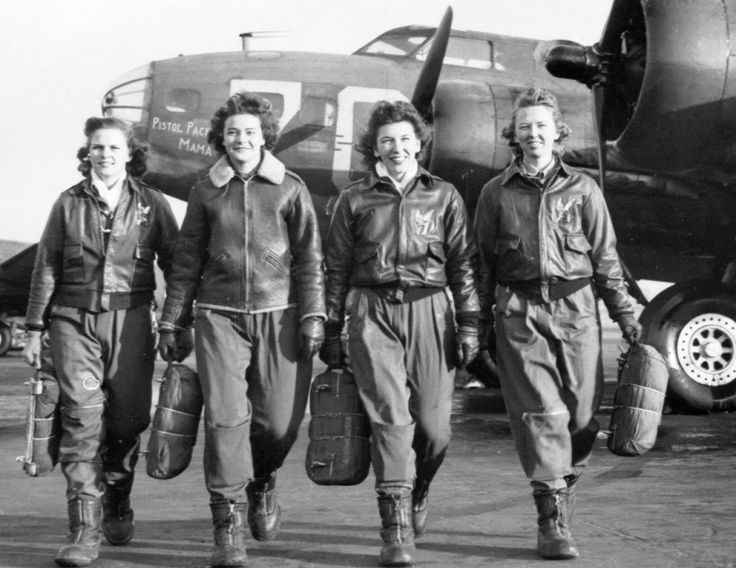 After the 9/11 attacks on the World Trade Center, it looked like we might have to wage total war against Osama Bin Laden, Al Qaeda, Iraq, and their whole gang of terrorists and jihadists. With that possibility looming, some military people and political commentators started talking about reactivating the Selective Service – i.e., The Draft, as we called it back in the day. And in the context of our contemporary push to let women participate in every occupation, including military service, it was inevitable that including women in the Selective Service pool would be part of that discussion.

As it turned out, the actual draft didn’t restart because President Bush and his military inner circle decided against total war, and chose to wage a limited war instead. As I have observed in other articles, this drew the war out beyond the patience-limit of the American people, with the result that war-fatigue gained enough traction to give Democrats control of the Congress in 2006. Peacenik Barack Obama came to office determined to end our military activity in the Middle East and withdraw our troops. “I was elected to end wars, not to start them,” he famously proclaimed. Some of his withdrawals were from theaters where we really should have kept a military presence. Our absence allowed Al Qaeda to reform and rearm as ISIS, renew serious military actions, and retake territory which we and our allies had pacified at dear cost.

Added now to these reversals are new threats of a potentially nuclear-armed Iran and a bellicose North Korea that already has nuclear weapons. The latter, strategically located on the Pacific coast of Asia, is under the iron fisted control of a young dictator who seems determined to obtain long-range ballistic missiles capable of reaching the continental USA. Indeed, some military analysts believe he already has that capability and might be looking for the right opportunity to use it. Americans’ fear of these threats is partly why Donald Trump in the White House.

This new war scare has resurrected the old ghost of the Selective Service, including the contentious, politically explosive issue of including women in it. I read an article last week which reported that our military is considering including women in the Selective Service. Of course, the issue is far from settled. When it was being debated in 2001-‘02, many commentators insisted that the draft must remain male-only, as before. A career soldier wrote that a civilized society must “protect” women from the coarsening violence of war.

Women weighed in, too. In “Unfair Query in Warfare” (Washington Times, Nov. 23, 2001), Kathleen Parker wrote, “…the purpose of a draft, as currently conceived, is to create a combat-ready force. Since women aren’t permitted to fight in direct combat, a female draft is irrelevant.”

She argued that women are not up to the task, physically. (I wondered how that statement would fly in any other vocational context, or at any other time.) Miss Parker said she was a twig-like girl with a predisposition to help injured insects – hardly a candidate for carrying a 100-lb. pack over rough terrain at the front.

In past wars, of course, plenty of skinny, nerd-like guys with eyeglasses and peach-fuzz beards never thought they could become soldiers, either. But Miss Parker posed a false issue – a Straw Man, as they say. Except for a few extremists, no one is proposing that twig-sized girls hump heavy gear over rough terrain at the front or hold off charging enemy soldiers from a foxhole. A combat-ready army consists of many more personnel than front-line soldiers.

One female soldier, Jessica Lynch, became a poster girl for combat women in the Iraq campaign. She received the Purple Heart and was decorated for bravery under fire after being captured, treated in an Iraqi hospital, and rescued by American troops. Her story received international coverage, although her injuries actually came from a vehicle accident, and she did no shooting. (Details, details…) She received $1 million for the film rights to her story.

Certainly, the public shrinks in horror from sending young women into harm’s way and risking their capture or death. I do, too, since some of my granddaughters, who range in age from 20 to 29, might be called to serve in coming years. The issue is more than academic in our family.

Over the last 30+ years, integrating women into the military services was hailed as the opening of job- and career-opportunity doors. Risk was ignored. Somehow, the prospect of Mars calling to collect his bill was overlooked. But collection-time came round. Many female reservists were called up and shipped out to the Middle East for the Afghanistan and Iraq campaigns.

When the Iraq war erupted, the possibility of shipping some of those young women back in body bags didn’t sound very good. Our local newspapers carried numerous stories of young, female reservists leaving their families and heading for Iraq. Some were mothers of young children.

“I signed up to get help paying for college,” said one young mother. “An actual war never occurred to me.” She requested discharge to avoid going to war. Others were philosophical, figuring that the wheel had turned and their number had come up. “We trained for this. Now it’s time to do it,” said one female soldier. (Not exactly “let me at ‘em,” but a respectable, soldier-like response.)

Obviously, the “women at war” issue was not thought through during the halcyon years of expanded opportunities in the peacetime army. Many women have now reached high rank. Women have pushed for (and achieved) some combat duties in all services but the Marines Corps – and even they have now allowed women to try to qualify. A daughter of friends is a back-seater in carrier-aircraft. With war looming again, women can hardly be excused because of domestic squeamishness. The military services could not accept such a loss of resources in wartime.

In my own youth, circa 1960, young men had to register for Selective Service within five days of reaching age 18. If attending high school or college, they were eligible for a student (S-2) deferment, subject to maintaining “good standing” (typically a C average) and “full-time” enrollment. By law, the Dean had to report any who fell below the stipulated standing or class-load. They were drafted immediately – usually within a few weeks of the semester’s end. I recall this happening to several college classmates. Their future plans were placed on hold until they completed their “military obligation.” The rest of us had merely “deferred” ours until graduation.

All doctors and dentists could also expect to be drafted immediately upon receiving their degrees. Marital status provided no cover or exception for medical people. Nor did advanced-degree status. A good friend of mine was drafted in the 1950s during the final stages of his MS-program in physics, when he carried only a part-time course-load. He was a curiosity in his unit. Remember, all this was during peacetime.

Women had no similar concerns, of course. But women did not usually aspire to professional careers where they would compete on equal footing with men. There was still a gender-barrier to many occupations. Few women entered engineering, medicine, business or law. Female teachers were often paid less than male teachers. Most women expected to marry and have children. It was a much different time.

Today, young women anticipate climbing the career ladder as fast as men.  They demand equal opportunities for advancement and equal pay. In the context of a renewed Selective Service, interruption of civilian vocations must be considered equitably for both men and women.

To be acceptable, policies need to be fair and appear to be fair. In today’s America, I believe it will be seen as entirely fair for single young women to accept equal responsibility for defense of the nation, since they enjoy so many of its opportunities. It would be considered unfair for women to pursue careers, uninterrupted, while only men are disadvantaged by the obligations of military service. To understand this, imagine the uproar if some compulsory service for women were proposed, from which men were exempted.

If a national emergency calls men to military service, then it must call women, too. Like their male counterparts, young women will have to park the sports car, turn off the entertainment center, and learn, first-hand, the sobering lesson that in a free society the enjoyment of major opportunities comes with major responsibilities. No free passes.

Politicians brag that America has “grown up” to full equality for women. The Draft might reveal if our “maturity” is more than skin-deep. Women drafted to help the war effort need not serve in combat roles, although some have voluntarily done so in the past. They can drive vehicles, perform administrative tasks, and fill the myriad support functions of military units, as women did during World War II – our last full mobilization.

What women cannot do is pretend that military service has naught to do with them, just because real bullets are flying. In the past, women didn’t enjoy full opportunity in the marketplace or the military. Nor were they asked to share full responsibility for the nation’s defense. But it is a new day – a Brave New World.

No going back now.

You are wasting your time.

Remember the Chibok schoolgirl abductions in Africa in 2014 when 276 schoolgirls were abducted and taken prisoner ?

Remember the picture of the President’s wife holding up a sign saying return our girls ?

Remember the international outrage and calls by world leaders for Boko Haram to return the girls ?

Oh, wait, what ? 10,000 boys ? .. of course you don’t know about the 10,000 boys that were abducted over the 2 years leading up to the incident of the schoolgirl abductions and the year following.

Know why you don’t know ?

You seriously think women care about equal rights in regards to the selective service ? If you believe that then you’ll probably believe they’re upset that men make up the overwhelming majority of ditch diggers, manure spreaders, and sanitation workers lol …

I see Mr. Zimmerman’s effort as doing something very difficult, making a
reasoned argument for an unpopular idea, rather than a waste of time.
That said, I think your point is a good one and well-presented. Would
you consider writing an article yourself? And if you do, could I
respectfully suggest including a discussion on what sort of men will be
available for the draft after the crazy and destructive liberals’
campaign against “toxic masculinity.” Or, how the women-in-combat issue
might play out when the crazy and destructive liberals realize/admit
that Harvey Weinstein is a choirboy compared to Boko Haram.